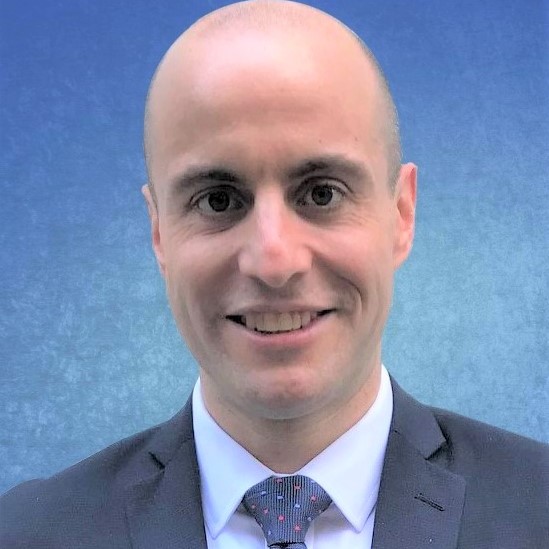 The US cannabis industry is intriguing to investors. But marijuana remains a Schedule 1 drug under the United States Controlled Substances Act (CSA). Does that mean that investments in the industry face risk of a federal enforcement action against an industry business?

Nationwide, between 2002 and 2012, the federal government processed more than $1 billion in marijuana-related asset forfeitures.[1] California had the largest share, accounting for more than $180 million.[2] Serious tension existed between federal agencies and local law enforcement seeking to benefit from the proceeds of forfeitures, on the one hand, and a burgeoning municipal-licensed medical cannabis industry (state-level licensing began taking effect in 2016).[3]

Significant progress on cannabis Prohibition policy came first in 2013. On August 29, 2013, Deputy Attorney General James M. Cole issued the “Cole Memo.” The Cole Memo provided guidance to the Department of Justice (DOJ) to not prosecute individuals and companies complying with state legalized programs and to instead focus on categories of marijuana-related activities outside of state-legal programs.

The Rohrabacher-Farr Amendment, signed into law by President Obama on December 16, 2014, materially changed the legal landscape for the US cannabis industry.[4] Originally introduced in 2001 and again in 2003, the amendment had failed to pass the House for a decade. The Amendment prevented the DOJ from spending funds to prevent states “from implementing their own State laws that authorize the use, distribution, possession, or cultivation of medical marijuana.”[5]

The Amendment was renewed in 2015, 2016, and in 2017 as part of a $1 trillion spending bill signed into law by President Trump, who added a signing statement that read: “Division B, section 537 provides that the Department of Justice may not use any funds to prevent implementation of medical marijuana laws by various States and territories. I will treat this provision consistently with my constitutional responsibility to take care that the laws be faithfully executed.”[6] Most recently, as part of the spending bill signed September 28, 2018, the amendment, now called Rohrabacher-Blumenauer, was renewed again.[7]

Initially, the DOJ flouted the intent of the Rohrabacher-Farr Amendment. In April 2015, the DOJ claimed that it still had the authority to prosecute individuals who were compliant with statewide legalization for medical or recreational purposes.[8]  Though the authors of the Amendment criticized the DOJ’s strained interpretation as unfounded, the industry remained in a state of flux, bracing for federal enforcement actions.[9]

October 19, 2015 represented something of a turning point. That day, Northern District of California Judge Charley Breyer held that the intent of the Rohrabacher-Farr Amendment was unequivocal: “Congress dictated . . . that it intended to prohibit the Department of Justice from expending any funds in connection with the enforcement of any law that interferes with California’s ability to ‘implement [its] own State law[] that authorize[s] the use, distribution, possession, or cultivation of medical marijuana.’”[10] Judge Breyer excoriated the DOJ’s contrary argument, writing that it “tortures the plain meaning of the statute,” calling it “counterintuitive and opportunistic.”[11]

Nevertheless, in 2016 enforcement actions against the industry continued. As the morning dawned on January 28, 2016, 30 DEA agents and San Diego police officers stormed Med-West Distribution, a legal medical marijuana business that specialized in refining cannabis oil for vaporizer pen cartridges. [12] A San Diego detective claimed in a supporting affidavit that Med-West was violating a California law that bans “chemical extraction” of concentrated cannabis.[13] In another infamous case, on June 16, 2016 the Santa Rosa Police Department and agents with the Drug Enforcement Administration raided the CBD Guild seizing approximately $5 million of property, $500,000 in payroll cash and $1.5M in inventory.[14]

The Courts End The Government’s Interference

Despite the high-profile raids in 2016, that year also saw significant progress. On May 3, 2016, the DOJ dropped its four-year battle against Harborside in Oakland, one of the largest medical cannabis dispensaries in the nation.[15] On August 16, 2016, the Ninth Circuit Court of Appeals told the DOJ that the Rohrabacher-Farr Amendment unequivocally “prohibits DOJ from spending funds from relevant appropriations acts for the prosecution of individuals who engaged in conduct permitted by state medical marijuana laws and who fully complied with such laws.”[16]

In addition, in response to the Med-West and CBD Guild raids, the California legislature passed Assembly Bill 2679, which established that law enforcement agencies could not target producers that had local permits and were in compliance with the basics of what the state regulation (to be developed) would require.[17] On September 29, 2016, California Governor Jerry Brown signed a bill to explicitly protect medical cannabis extractors from arrest and prosecution under misapplication of the “meth house statute.”[18] Thus, the end of 2016 brought at end to federal action against the cannabis industry in California, and also everywhere else.

No Federal Enforcement Action Since January 2017

Since President Trump took office in January 2017, there has not been a single federal enforcement action against the US cannabis industry. President Trump has made only favorable remarks about federal cannabis policy. During the 2016 campaign, asked by a Colorado reporter whether he would enforce the federal ban on cannabis in states that had legalized, he said: “I wouldn’t do that, no…I think it’s up to the states yeah, I’m a States person. I think it should be up to the states absolutely.”[19] Former Speaker of the House John Boehner said: “The President believes we ought to allow the states to do what they’re doing.”[20]

While former Attorney General Jeff Sessions on January 4, 2018 rescinded the Cole Memo[21] (DOJ guidance to prosecutors to avoid state-legal cannabis business), not a single prosecutor around the country has acted against the industry since then.

President Trump likely advised Mr. Sessions of his views on states’ rights and he likely already discussed the same with Attorney General nominee William Barr. Ultimately, decisions to launch any action rests with individual US Attorneys’ prosecutorial discretion. But with two-thirds of the US public supporting federal legalization (including, for the first time, majorities in every age group and political demographic),[22] prosecutors around the country, who generally have political ambitions, understand that an action against the industry would end any such ambitions.[23]

The Inevitability Of And Widespread Support For Legalization Deters Any Enforcement

Prosecutors across the country are also surely beginning to appreciate the numerous factors that are making federal cannabis legalization a near-term inevitability, disincentivizing any potential effort to launch an action against the industry.[24]

In addition to overwhelming public support for legalization, significant federal bills such as extending the Rohrabacher-Blumenauer Amendment’s protections to the whole industry (beyond medical), banking guidance, veterans access, and other legislation will be pushed forward, for the first time in nearly three years, now that former Representative Pete Sessions (R-TX) is no longer the chair of the House Rules Committee (he was voted out of office in November after 15 years).[25]

Further, the FDA’s approval of cannabis-derived Epidiolex on June 25, 2018[26] provides a strong argument for the plaintiffs-appellants in the Whitaker v. Sessions case pending before the Second Circuit of Appeals that the CSA’s Schedule 1 classification of cannabis (no accepted medical use) is unconstitutional for lack of any rational basis. At the oral argument of that case on December 12, one of the judges suggested that finding the CSA unconstitutional was in fact a realistic outcome. Judge Jed Rakoff said: “The usefulness of cannabis for medicine has been known for decades.” He asked: “Why can’t the Court just take judicial notice that medical use of cannabis is proven?”[27]

Ten states and DC now allow adult (and medical) use and an additional 23 states allow medical use of THC cannabis products.[28] New York, New Jersey, and Illinois are on the cusp of legalizing adult-use, and numerous others states are legalizing and expanding medical use and considering adult-use. States that have legalized have collected hundreds of millions in tax revenues, saved tremendous amounts by stopping wasteful enforcement, and have not seen negative impacts (such as teen use, which has decreased in Colorado).[29] On December 20, President Trump signed the Farm Bill, which removed hemp from the CSA and legalized hemp and its derivative products, further normalizing the cannabis plant.

Canada legalizing adult-use cannabis and other countries around the world taking significant liberalization measures will have a strong effect on perceptions in the United States, as will the hundreds of thousands of new jobs the industry is creating, along with California culture and the influence of the increasingly professional firms servicing the industry.

Against this background of rapid liberalization progress, the indisputable societal benefits from legalization of cannabis, and federal protection of the medical cannabis industry, prosecutors across the country considering their career ambitions would be hard-pressed to see any upside is starting an enforcement action against a state-legal, adult-use-only cannabis business. In fact, launching such an action would end the political ambitions of an individual prosecutor. So while there are no guarantees a federal enforcement action cannot happen until the law says so, in practical terms given the current regulatory landscape and the progress towards inevitable federal legalization, there is no material risk of any adverse federal enforcement action against a state-legal cannabis business complying with state law.

David Wenger is a New York City attorney and a specialist in the US cannabis industry.

This article is not legal advice. For specific legal inquiries, please consult an attorney.

[3] Id. Under California law once a property has been forfeited, agencies can keep up to 66.25% of the proceeds for their own use. Police and prosecutors can further profit by partnering with federal agencies in a forfeiture program called “equitable sharing.” https://ij.org/pfp-state-pages/pfp-California/

[4] The Amendment states: “None of the funds made available in this Act to the Department of Justice may be used, with respect to the States of Alabama, Alaska, Arizona, California, Colorado, Connecticut, Delaware, District of Columbia, Florida, Hawaii, Illinois, Iowa, Kentucky, Maine, Maryland, Massachusetts, Michigan, Minnesota, Mississippi, Missouri, Montana, Nevada, New Hampshire, New Jersey, New Mexico, Oregon, Rhode Island, South Carolina, Tennessee, Utah, Vermont, Washington, and Wisconsin, to prevent such States from implementing their own State laws that authorize the use, distribution, possession, or cultivation of medical marijuana.” https://www.congress.gov/amendment/113th-congress/house-amendment/748/text.

[28] https://www.businessinsider.com/legal-marijuana-states-2018-1. Every other state, aside from Idaho, Kansas, and South Dakota, allows CBD-only medical cannabis products.