The 29th annual ROTH Conference, which is sponsored by Roth Capital Partners and took place in Dana Point, California over the past few days, included over 500 companies and over 4000 attendees and is one of the largest gatherings of this type for those interested in the small-cap and mid-cap space. For the first time, the conference included discussions on the cannabis industry, including a panel on March 12th featuring Michael Abbott, the Executive Chairman  of Columbia Care, and Rosemary Mazanet, a member of its Scientific Advisory Board, entitled “Medical Users for Marijuana” (webcast here, requires registration) and “Medical Marijuana Investment Ideas” (webcast here, registration required) on March 14th, featuring five executives across the entire industry.

Byron Roth, the Chairman and CEO of ROTH Capital Partners, began the conference’s first panel on March 12th by explaining a case of mistaken identity that ultimately led to his decision to include cannabis on the agenda (and to invest in Columbia Care!). The hour-long discussion continued with Abbott discussing his unlikely entry into the business following a career in investment banking (from approximately 8:30 to 15:30 in the webcast). Early in his career he was a police officer in the UK and actually enforced narcotics laws as part of a special unit. He and his partner, Nicholas Vita, who also was a former Goldman, Sachs banker, entered the industry five years ago and are focused on only medical cannabis. The company is dedicated to “getting the science right” at a time that Abbott calls the “Goldilocks period” of the industry because the company can pursue its research without being under the authority of the FDA (and having to spend hundreds of millions of dollars). Columbia Care sees 35-40K patients per month and employs 400 people, according to Abbott, who says that the company is also profitable.

Mazinet gave a great presentation about cannabis science geared towards the crowd, which was likely not too informed yet, from about 15:30 to 44:00. This type of discussion is likely to only further interest in the industry from potential investors. One of the most interesting points she made is the difficulty in pursuing the FDA path, as companies like GW Pharma (NASDAQ: GWPH) and Zynerba Pharma (NASDAQ: ZYNE) have gone, as they get locked into a single formulation. Columbia Care, operating under state laws, is able to adjust its formulations over time, varying the amount of cannabinoids to achieve different outcomes as evidence evolves. Following her discussion, Mazinet and Abbott took Q&A for the last sixteen minutes. The most interesting question was directed towards Abbott regarding rescheduling, which he fears:

If the FDA takes control of medical cannabis, then 98% of every single operator in America would need to be shut down, because they are not operating to an FDA standard. 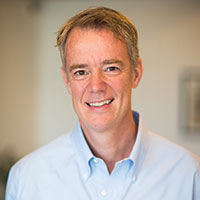 He doesn’t expect the FDA to reschedule and believes, after discussions with the government, including the Justice Department, that there will be a libertarian stance with respect to laws previously enacted by states but that it could be “tricky” for companies focused on recreational cannabis. Abbott thinks that the current federal policies give Columbia Care four years of status quo, enabling it to continue to consolidate in the states in which it operates. He also said that his company has no issues with cash management, as it has relationships with FDIC and OCC banks.

Abbott joined the panel on the 14th, which was moderated by Ted Roth, President of ROTH Capital, and also included Christopher Barry of Dorsey & Whitney, Scott Ginsburg of MM Acquisition Co, LLC, Alan Gold of Innovative Industrial Properties (NYSE: IIPR) and Dr. Brian Murphy of Nemus Bioscience (OTC: NMUS). Each of the panelists gave a brief summary of their company’s involvement in the industry before Roth asked a few questions and then the audience participated.

Ginsburg began by explaining his company’s focus on the Los Angeles area, where he suggests there are 750K to 1 million legal consumers. His company has 4 of 135 current opportunities for businesses in the area. He forecasts that his company, which is into cultivation, manufacturing, dispensing and wholesale and retail, can produce about $54mm EBITDA in 2018. We weren’t familiar with Ginsburg or his company until seeing the presentation, and we learned upon further research that he was a successful radio industry entrepreneur and automobile dealership owner in Dallas. In the Q&A portion, he explained how an automobile accident in 2003 first introduced him to the idea of cannabis as medicine and as an alternative to opioids. Later in the discussion, Ginsburg suggested that the core focus of the company will be California, but he envisions expansion into other states as well. His company’s adherence to compliance is a competitive advantage in his view given its widespread absence in the California market.

Murphy, who serves as CEO and Chief Medical Officer, is working with Albany Molecular Research (NASDAQ: AMRI) for synthetic cannabinoid production and with Teewinot Life Sciences for biosynthetic cannabinoid production. The company also works with the University of Mississippi to develop IP and employs a variety of drug delivery devices. Its areas of focus include glaucoma, MRSA, chemotherapy-induced nausea and vomiting (CINV) and chemotherapy-induced peripheral neuropathy (CIPN). Murphy, who has been involved previously with three biotech startups, made the case for why he expects the industry will shift towards synthetics over time.

In Abbott’s intro, he said that the company, formed in 2013, operates in 10 states and sees about 45K patients per month and has over 500 employees. Careful readers will note the discrepancy with his description just two days earlier, but perhaps the prior presentation was prepared in advance. He did say that the company is growing 10-15% each month. He later explained that he and Vita failed miserably on their first venture in the space in Washington, D.C., but that it was a great learning experience. He noted that medical cannabis needs a lot more research, as it lacks specificity given the complexity of all the cannabinoids in the plant and how each plant and even the flowers within a plant can vary from one another. He also sees some improvement recently but believes the industry needs to pull in more professionals from outside the industry, and Columbia Care has focused mainly on the pharmaceutical industry as a source of human capital given its focus.

Gold recently took IIPR public recently and serves as Executive Chairman. The $67mm IPO funded the company’s first acquisition in New York. The company is a REIT focused exclusively on the cannabis industry, and this is the management team’s third public REIT. During the panel discussion that followed, Gold said that he had identified the space several years ago when he was at BioMed Realty Trust and believed it needed to be in a separate structure. He likened the current opportunity to that of the scientific lab space many years ago, when it was a tough asset class to finance. Gold, who provided no update about the potential deals the company previously disclosed, discussed that the company will eventually gain financial leverage by issuing preferred shares, as the debt market is not likely to be a source of capital, especially on the debt side.

Barry shared several slides on the Canadian cannabis industry discussing the growth of the market. His company is a global law firm formed in Minneapolis in 1912, and he heads the Canadian practice. Barry, who noted that the licensed producers have raised more than C$750mm since late 2015, expects the market to be fully legal by late 2018 or early 2019. Barry later weighed in on the outlook for the federal political outlook in the United States, and he sees status quo ahead.

We have tried to summarize the two panels, but they really are worth a listen. The industry is rapidly becoming more appealing to institutional and high net worth investors, and inclusion in conferences like the ROTH conference validates this observation.  Later this month, MedMen and IMN will be hosting a two-day conference in San Jose, the Institutional Capital & Cannabis Conference, further illustrating the interest by investors.