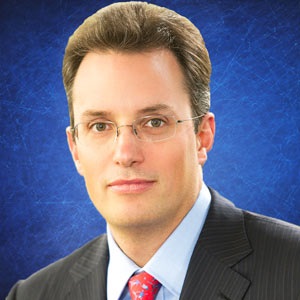 AFC Gamma, Advanced Flower Capital’s mortgage REIT, is taking a different approach to lending in the cannabis space. Instead of sale-leasebacks, this platform is combining the underwriting of cash flow lending and the enterprise value of companies with the real estate value of its borrowers, according to CEO Leonard Tannenbaum. He spoke with New Cannabis Ventures about AFC Gamma’s investment approach, highlighted deals made thus far and the opportunity for big success stories in 2021. The audio of the entire conversation is available at the end of this written summary.

Tannenbaum has 20 years of experience in underwriting deals, running public and private credit-focused firms, including Fifth Street Management. After selling his company, he became active in a number of family office forums. He was initially disenchanted by the cannabis industry, watching the Canadian-listed stocks and some of the sale-leaseback deals being done. But, he began to become excited as cannabis companies improved and began to build a better industry.

After investing as a family office, he saw the need to build an origination platform. Working with his wife Robyn Tannenbaum and using his past contacts has led to the formation of the Advanced Flower Capital platform. Through this platform, Tannenbaum has looked at more than $3 billion in deals. Now, AFC Gamma is one of the largest mortgage REITs lending in the cannabis space, according to Tannenbaum.

Tannenbaum brings his cash flow lending experience to the table, while Robyn Tannenbaum brings her skills gained at CIT Group, where she was a healthcare investment banker. But, as they grew their team, they needed to add real estate talent. Advanced Flower Capital added Jacob Levin and Jonathan Kalikow, both of whom bring in-depth real estate experience.

Thus far, the REIT has eight borrowers, and it has made nine investments. AFC Gamma has raised $80 million in equity and has a $40 million credit line. It has committed to a little over $100 million in deals, and its pipeline is full, according to Tannenbaum.

Advanced Flower Capital’s largest investment thus far has been in privately held MSO Nature’s Medicines. It has provided the company with a $42 million secured credit facility. The company has also invested in a CuraLeaf transaction and in One Plant, operated by publicly traded Bluma Wellness, in Florida.

Family offices, both medium-sized and larger, make up the majority of the Advanced Flower Capital investor base. Recently, it has also attracted some institutions, according to Tannenbaum.

AFC Gamma has a rigorous vetting process for all potential investments. As one of the only institutional lenders in the space, borrowers want the stamp of approval that comes with a credible partner like Advanced Flower Capital, according to Tannenbaum.

The REIT looks at a number of different factors when considering potential investments. Is the management team strong? What states does the company operate in? Is the company well-positioned for growth and cash flow?

Loan structure is consistent, typically with a floating interest rate around 12 percent with a 1 percent floor. All administrative fees go back to the REIT investors, according to Tannenbaum. The interest rate is also dependent on the level of risk. The Advanced Flower Capital team considers whether a prospective borrower is single-state or multi-state, cash flow positive or not.

Ultimately, the REIT wants to work with successful borrowers and facilitate their cash flow-positive growth.

Tannenbaum is keeping an eye on states that have the possibility of transitioning from medical to adult-use. He pointed to how the Michigan market had explosive growth after making that change. States like Arizona, Pennsylvania and Florida could have a similar future if and when they roll out adult-use programs. Advanced Flower Capital closely follows state dynamics to understand the barriers to entry, supply dynamics and the legislative environment.  Thus far, it has not invested in California, which is a very difficult environment, according to Tannenbaum.

While the COVID-19 pandemic has undoubtedly been a challenge, the cannabis industry has largely been successful. It has been deemed an essential business in most states and demand remains high. This is an indication that the industry is going to become much bigger, according to Tannenbaum.

When it comes to the competition, Tannenbaum hopes to take a cooperative approach. Advanced Flower Capital does not do sale-leasebacks. If a borrower is interested in that kind deal, it will refer the deal to another REIT.

While AFC Gamma is one of the larger mortgage REITs in the space, there are a number of other small to medium-size players with which it will work. Tannenbaum hopes to take more of a club approach, working with competitors to dual underwrite and form a lending group that serves the cannabis industry.

The first three months following the close of a deal are the most challenging, according to Tannenbaum. Anything that can go wrong, whether related to covenants or reporting, will typically happen in that period of time in his experience.

AFC Gamma has taken some calculated risks that have paid off. For example, the REIT invested in One Plant in Florida. The cannabis company had one cultivation facility and was pre-construction on another, which represented a larger chunk of their revenue stream. The Advanced Flower Capital team knew there was a chance for delays, but they bet on the company’s team. After a few months, construction was completed and One Plant is producing large, high-quality harvests.

Advanced Flower Capital has been lending in the space for approximately a year and a half. Tannenbaum expects to see some of its bigger success stories unfold in 2021.

Challenges and Changes in the Investment Landscape

Tannenbaum sees the cannabis industry as a challenging environment for investors, particularly when considering anything other than the biggest opportunities. Companies like Curaleaf and Trulieve are clear winners with dominant positions, according to Tannenbaum. When looking at opportunities on a smaller level, he sees it becoming much more difficult for investors to pick out the winners.

The Advanced Flower Capital team is going from 13 team members to 20 team members for this very reason. It takes a significant amount of expertise to understand each state’s dynamics and changing legislation. Advanced Flower Capital invests a significant amount of time into analyzing the data it gathers to make the right investment decisions. For example, the team examined 15 different companies in Michigan and selected two as borrowers.

The biggest change Tannenbaum sees in the immediate future is the election. Regardless of the winner, he expects to see positive movement in the cannabis industry. Advanced Flower Capital is preparing for those inevitable changes, whatever they may be, to continue supporting its borrowers and the growing industry.