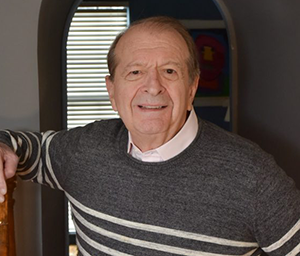 Edward Weidenfeld was a proponent of the Ronald and Nancy Reagan era “Just Say No” school of thought, serving as Reagan’s Chief Counsel, but now, he is the co-founder of Phyto Management and Maryland Process and Cultivation. He spoke with New Cannabis Ventures about the personal experience that led him to the cannabis space and how he hopes to build a leading East Coast cannabis brand.

After being diagnosed with Parkinson’s disease, Weidenfeld began research into ways to manage his symptoms. He discovered a research team in Israel that was seeing positive results with cannabis and decided to ask his neurologist. While skeptical, his doctor told him at the very least he would have to find a product as free of contaminants as possible in order to protect his immune system. So began Weidenfeld’s hunt for quality medical cannabis but with little luck at first.

Weidenfeld found he didn’t know anyone in his own circle that could point him in the right direction. So, he asked his kids if they knew anyone he could trust. They introduced him to Andras Kirschner, his co-founder and current partner. 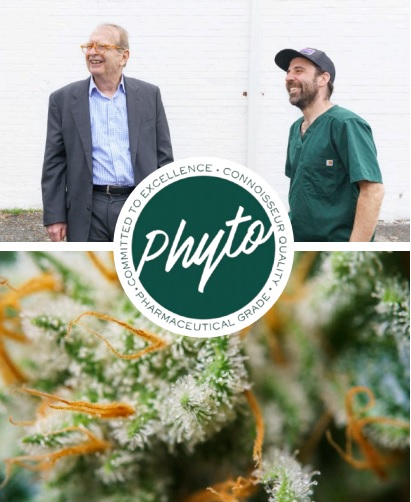 Together, Weidenfeld and Kirschner founded Phyto Management, a licensed producer in Washington, D.C. The hydroponic facility is staffed by trained agronomists and soil chemists, many of whom come with experience from California and Colorado. That facility grows the product used in the District Cannabis brand, which is created with a focus on high quality and low cost.

Weidenfeld and his partner hope to replicate their success in the Washington, D.C. market elsewhere on the East Coast. First, they are expanding into Maryland through their company Maryland Cultivation and Processing. Right now, the company is constructing Phase 1 of an under-roof hydroponic grow facility on its Maryland property. Weidenfeld expects to see an expansion of the facility within a year.

Beyond D.C. and Maryland, he hopes to scale throughout the southeastern United States. He does not want the brand to become spread too far and wide that it becomes difficult to control the cultivation process.

The brand is focused on organic growth, but it is open to the possibility of growth through acquisition, according to Weidenfeld.

Funding and Looking to the Future

Up until this point, the companies have been funded by friends, family, and private offerings, but now, the company is on the verge of closing a $6 million raise. Weidenfeld does not anticipate the need to raise more capital this year unless the company decides to pursue a new state license or the acquisition of an already licensed entity. While the company has a growth plan in place, Weidenfeld is finding it will take time to generate revenues.

The company has fielded overtures about the possibility of a merger with companies trading on the Canadian Stock Exchange, but a public strategy is not in the immediate future. The company may consider a public markets strategy when the American exchanges are more open to it, according to Weidenfeld. At this point, he considers the Canadian valuations too speculative.

Weidenfeld sees a number of big challenges for Phyto, MCP, and the industry as a whole. The persistence of a black market remains an issue, while the Schedule I classification and lack of banking access continue to challenge cannabis businesses. But, he sees a bright future. As stigma continues to fade and the opportunity for more research becomes available, he foresees both the medical and recreational markets booming.

To learn more, visit the District Cannabis website. Listen to the entire interview: