Berkeley-based cannabis testing lab Steep Hill extended its presence in California and also entered  a new market, the Southeast, opening a full-service lab in Arkansas, which approved medical cannabis in November. The California move marked the opening of its first Steep Hill Express, with the company providing a license to Simpli-Analitik, LLC. Customers will be able to drop samples to be analyzed in Steep Hill’s Berkeley lab but with the ability to have rapid potency testing onsite.

We are pleased to announce our expansion to Los Angeles, one of the largest markets in the US, bringing 60 second or less potency testing onsite and full service cannabis quality assurance and DNA testing in 3-5 business days.

In a separate announcement, the company licensed its brand and protocols to Steep Hill Arkansas, which is owned by Brandon Thornton and Brent Whittington. Thornton, a pharmacist licensed in seven states, serves as the VP of Pharmacy Operations for Custom Pharmacy Solutions in Birmingham, Alabama. Whittington, who serves as a Director at publicly-traded Rignet (NASDAQ: RNET), served as the CFO and COO of Windstream (NASDAQ: WIN) from 2005-2014.

As a pharmacist, patient safety is always my primary concern. When medical cannabis was approved by Arkansas voters, I wanted to get involved. Quality and potency testing of cannabis is the best way to keep patients safe. After researching the issue, I was amazed at the complexity of the testing process and the degree of expertise and advanced technology needed to get accurate results. 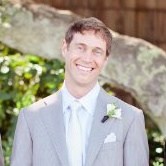 Patients in Arkansas need the best science-based cannabis solutions, both to ensure their safety and to give the industry credibility. For these reasons, we are excited to bring the global expertise of Steep Hill, the country’s leading cannabis science and technology company, to the Natural State. As long time Arkansas residents, we are also proud to officially launch the first start-up cannabis business in the state