Texas, with the second largest population of all of the states, lags the rest of the country when it comes to cannabis.  The state is in the process of implementing a very limited low-THC program, but there is an opportunity to jumpstart the efforts for the creation of a broader medical program and even to lay the foundation for legalization for adults.

The Marijuana Policy Project has begun a multi-year legislative campaign in Texas to improve state laws related to marijuana. They are working in concert with like-minded groups to reduce criminal penalties for possession and to establish a comprehensive medical marijuana program that doesn’t leave many seriously ill patients behind. Please visit TexasMarijuanaPolicy.org to get involved with the coalition. Texans for Responsible Marijuana Policy is a coalition of organizations and individuals who are committed to:

This is the time for those who want to advance the cannabis industry to invest in Texas, which has a legislature that meets every two years. Already more than a dozen separate legislative initiatives have been introduced, including two bills that would permit a constitutional amendment that would allow voters to approve either medical and/or adult-use in the November 2018 election. The legislative session ends in May, so there is some urgency to support MPP and Texas for Responsible Marijuana Policy now. All contributions will be used to help Texans for Responsible Marijuana Policy expand its network and generate emails and calls to key elected officials to urge them to end Texas’ costly and destructive policy of marijuana prohibition. 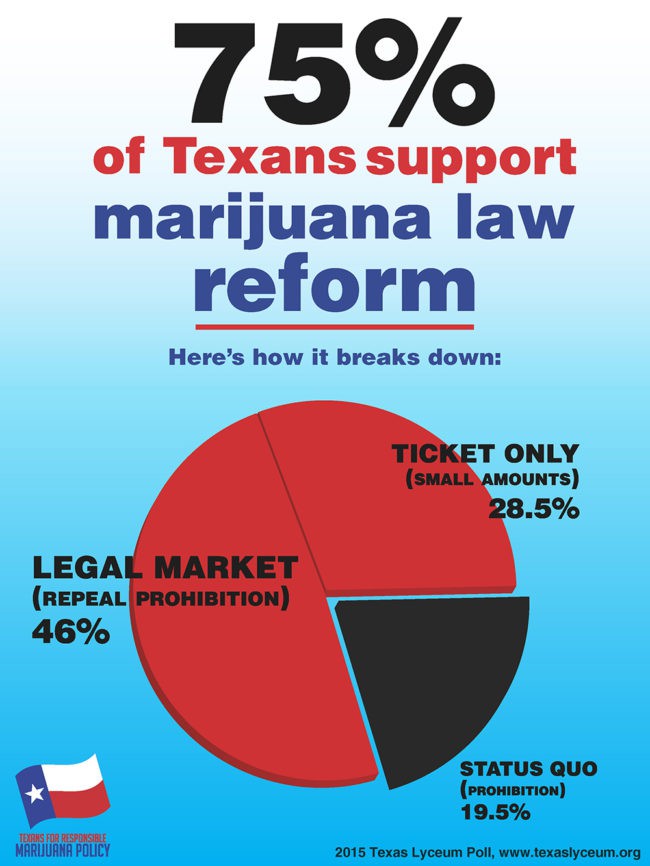