TORONTO, June 11, 2018 (GLOBE NEWSWIRE) — The Green Organic Dutchman Holdings Ltd. (the “Company” or “TGOD”) (TSX:TGOD) (US:TGODF) is pleased to announce that, effective June 8th, its wholly-owned subsidiary, Medican Organic Inc. has received its Cultivation License from Health Canada for the Company’s breeding facility in Salaberry-de-Valleyfield, Quebec (“Valleyfield”). The commissioning of this facility will allow the Company to create proprietary, organically grown strains of cannabis and cannabis seeds.

Located on a 72-acre property, the breeding building will house the cultivation of cannabis and the production of seeds and new strains. This building marks TGOD’s first facility in Valleyfield, which will be followed by the addition of TGOD’s flagship 820,000 square foot state-of-the-art hybrid grow facility, which, when complete, will bring TGOD’s domestic production to 116,000 kgs of high-quality, premium organic cannabis annually. Construction of TGOD’s hybrid facility commenced in early 2018, and to date, site-clearing and earthworks have been completed. To view progress, please visit: https://tgod.ca/.

The history and cultivation of cannabis as a crop has resulted in significant limitations on the research of the plant and its development as an agricultural crop. With the changing regulatory landscape, there is a dramatic need to improve current agronomic traits in the different cannabis strains available to and in the possession of Licensed Producers.

Breeding has many different applications and there are several reasons why TGOD plans to engage in a genetic breeding process, while focusing on growing new cannabis strains specifically tailored for specific medical and commercial uses. The various applications include:

One of the biggest gaps in the cannabis industry is the stabilization of genetics through modern breeding techniques, a process that is carried out with most agricultural crops. TGOD’s breeding facility will implement marker-assisted selective breeding to improve traits in cannabis, such as disease resistance to reduce the industry need to rely on pesticides. Improving the plant architecture and flower structure will allow for better mechanization of the harvesting process. 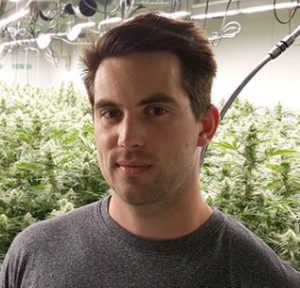 “TGOD’s focus on R&D in the area of breeding and plant genetics will further position the Company as a global industry leader. This technology will enable the Company to produce its own high quality organic cannabis seeds and starting material, which TGOD intends to leverage in its international operations. We are very excited to be focusing our efforts on this important area of innovation which will lead to more tailored strain compositions and a more customized premium product for patients and users,” said Robert Anderson, Co-Chairman and CEO.

The Green Organic Dutchman Holdings Ltd. is a research & development company licensed under the Access to Cannabis for Medical Purposes Regulations (“ACMPR”) to cultivate medical cannabis. The Company carries out its principal activities producing cannabis from its facilities in Ancaster, Ont., pursuant to the provisions of the ACMPR and the Controlled Drugs and Substances Act (Canada) and its regulations.

The Company grows high quality, organic cannabis with sustainable, all-natural principles. TGOD’s products are laboratory tested to ensure patients have access to a standardized, safe and consistent product. TGOD has a funded capacity of 116,000 kg and is building 970,000 sq. ft. of cultivation facilities in Ontario and Quebec.

TGOD’s Common Shares and warrants issued under the indenture dated November 1, 2017 trade on the TSX under the symbol “TGOD” and “TGOD.WT”, respectively.