SAN JOSE, Calif., Oct. 4, 2021 /PRNewswire/ – TPCO Holding Corp. (“The Parent Company” or the “Company”) (NEO: GRAM.U) (OTCQX: GRAMF), today announced that it has signed definitive agreements to acquire 100% of the equity of Coastal Holding Company, LLC (“Coastal”), a California retail dispensary and delivery operator for $16.2 million in cash with contingent consideration of up to $40 million in equity of The Parent Company upon completion of milestone events and a $9 million option to acquire the remaining equity of a southern California dispensary that Coastal currently holds a minority interest in, as described in more detail below (the “Agreements”). Completion of the transactions contemplated by the Agreements remains subject to regulatory approvals, including approval of the NEO Exchange, and are expected to close in 2022.

Founded in 2018 in Santa Barbara, Coastal is a retail dispensary license holder and operator with six retail licensed locations with five locations currently operating and two delivery depots. Coastal’s operating dispensaries are located in Santa Barbara, Pasadena, West Los Angeles, Stockton and Vallejo. Coastal is also engaged in construction for another retail license location in Northern California and operating delivery depots in Santa Barbara and San Luis Obispo. Coastal serves over 1,000 people per day, in their stores and online at www.coastalcalifornia.com

Upon completion, the acquisition of Coastal will increase The Parent Company’s current California retail store and delivery depot footprints to eleven and six, respectively, and positions the Company with the second largest operating retail dispensary and delivery hub in the State with an expanded reach to over 80% of California’s population.

I am thrilled to add Coastal to our expanding retail network. With strategically positioned locations in high-traffic, densely populated regions, Coastal enables us to significantly increase our reach to a broader potential audience of consumers with both in-person retail and delivery options. 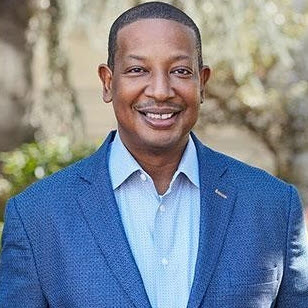 In just over 4 months, we have more than tripled our operating retail stores in California. As we continue to extend our reach in California, our focus remains on providing our customers with the exceptional product selection and retail experiences they have come to expect from us. I look forward to welcoming and working with the Coastal team and introducing their customers to our convenient in-store, delivery, and mobile app shopping options and full suite of high-quality brands.

In addition to the Coastal transaction, The Parent Company is pleased to advise that on October 1, 2021 it closed the first tranche of the previously announced acquisition of Calma dispensary, located in West Hollywood, , with the acquisition of 85% of Calma’s equity securities. The transfer of the remaining 15% equity of Calma is expected to occur in 2022. Consumers will continue to experience the curated product selection at Calma in addition to their service in store and online for pick-up and delivery at www.calmawesthollywood.com.

Under the terms of the Agreements, The Parent Company has agreed to acquire 100% of the equity securities of Coastal for aggregate consideration, subject to adjustments, of up to $56.2 million, comprised of up to (i) $16.2 million in cash, (ii) $20 million in common shares of The Parent Company contingent upon signing management services agreements (“MSAs”) at each Coastal location and (iii) $20 million in common shares of The Parent Company contingent upon the successful transfer of Coastal’ s cannabis licenses. The Parent Company has entered into MSAs concurrently with signing the Agreements for a majority of Coastal’s operating locations and anticipates signing MSAs for the remaining Coastal operating locations in the coming days. The cash portion of the transaction is secured by a promissory note forgivable upon Coastal satisfying certain closing conditions. The price of the common shares of The Parent Company issued in respect of each of the service agreements or on the transfer of licenses will be determined based on the market price of The Parent Company’s common shares on the dates such management service agreements are executed or regulatory approval milestones are achieved prior to closing. Equity issued as part of this transaction is subject to lock-up provisions that release upon the satisfaction of certain closing conditions and, in any case, a period of not less than six months.As part of the transaction, The Parent Company will also inherit a minority stake in a Southern California dispensary, and an option to purchase the remainder of that dispensary for $9 million in cash (the “Option”) which may be exercised by The Parent Company following receipt of certain regulatory approvals. $4.5M of the Option was prepaid upon execution of the Agreements. Closing of the Coastal transaction is subject to standard closing conditions as well as regulatory approval.

About The Parent Company:

Formed in January 2021, The Parent Company is a leading vertically integrated California cannabis company. The company’s three manufacturing facilities guarantee unparalleled access to high-quality, low-cost cannabis, while its vast wholesale distribution network of more than 450 California dispensaries, an unrivaled direct-to-consumer omnichannel platform, now expanded to six consumer delivery hubs and eleven omni-channel retail locations, currently service just over 80% of the largest legal cannabis market in the country. The Company’s curated product portfolio includes eight of the most valuable and scalable brands in cannabis, including Monogram by Shawn “JAY-Z” Carter, Caliva, Deli, Fun Uncle, and Mirayo, which sets the tone for The Parent Company’s industry leadership in California and beyond.

In addition to its vast manufacturing infrastructure, consumer reach and cultural influence, The Parent Company is committed to using its resources and status to play a significant role in molding a more equitable cannabis industry. Its social equity ventures initiative, established by Chief Visionary Officer Shawn “JAY-Z” Carter, was created to break down the systematic barriers Black and other minority entrepreneurs face as they endeavor to secure meaningful participation, growth and leadership in the multibillion-dollar legal cannabis industry.

For the latest news, activities, and media coverage, please visit www.theparent.co or connect with us on LinkedIn and Twitter.