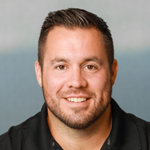 Mr. Robson has worked extensively over the last decade in cannabis science, focusing on research and development, proprietary extraction processing and medical application. He attended the University of Saskatchewan, graduating with a Bachelor of Arts & Sciences degree specializing in biology, before returning to Kelowna to pursue his passion for the cannabis industry. Since joining the company in 2012 and moving from the role of COO to CEO in 2017, he has demonstrated his expertise in plant genetics and extraction processes, bringing the competitive advantage to develop and operate proprietary technologies exclusive to Valens. Mr. Robson has significantly scaled operations and increased profitability at The Valens Company since taking on the role of CEO, leading to the Company’s ability to capture market share and lead the industry as a major player in the supply chain of leading Canadian and international brands. 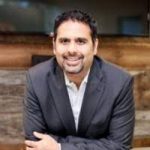 Mr. Gandhi brings 25 years of corporate and operational finance experience largely in the consumer packaged goods and alcohol beverage industries, with a demonstrated track record in refining operations and supporting growth for both large public companies and high-growth private enterprises. Most recently, he served as Chief Financial Officer of Trophy Foods Inc., a leading supplier of nut-based snacks, baking and confectionary products with operations in Canada and the US. In this role, he provided the strategic leadership to transform the operation and drive a business turnaround to achieve record profitability and improved employee engagement. Prior to that, Sunil served as Vice President, Finance for one of North America’s largest private alcohol beverage companies, where he helped open new lucrative beverage categories and substantially increased profits over a three-year period. Throughout his career, Sunil has received diversified exposure across all aspects of corporate finance, specializing in financial and strategic planning, M&A, cash flow management, risk management and compliance, in addition to demonstrated success in building high performance teams. Sunil is a Chartered Professional Accountant and holds a Bachelor of Commerce from Concordia University. He is also an active board member of FEI Canada. 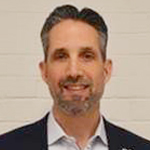 Mr. Fallows is an accomplished finance professional with over 18 years of experience working on a wide range of financial transactions in the cannabis, consumer products and industrial products industries including mergers and acquisitions, initial public offerings, private placements, and strategic reviews both domestically and internationally. He spent the last 10 years working with a number of cannabis companies to raise capital and has advised on some of the largest transactions in the sector. Prior to joining The Valens Company, Mr. Fallows was a Managing Director at AltaCorp Capital Inc. where he was the Head of Life Sciences and Diversified Industries investment banking teams. Mr. Fallows focuses on executing on domestic and international growth opportunities, capital markets strategy and assisting with the overall corporate strategy of the Company. 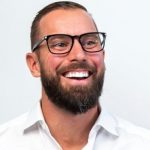 Mr. Shea, appointed Chief Commercial Officer of The Valens Company, brings over 16 years of experience in commercial strategy with various consumer-focused organizations in the food, beverage, tobacco and cosmetics industries. Most recently, he served as the Vice President, General Manager – North American Foodservice of leading bakery company Weston Foods Ltd., where he developed commercial strategies for a complex portfolio of bakery categories among some of the top food fast-food chains, operators, and distributors across Canada and the US. In his prior role with Weston Foods, Adam led the North American sales strategy group which included customer insights and shopper marketing, trade marketing, category management, sales planning and commercialization. Before his career at Weston Foods, Adam held senior sales and marketing positions with Red Bull, Coty Beauty, and British American Tobacco, with core responsibilities ranging from category management and trade marketing to distribution, field sales and customer engagement. Adam specializes in product commercialization and has a strong knowledge of the Canadian and US consumer packaged goods landscape with significant B2B and B2C experience. Adam holds a Master of Arts from the Royal Military College of Canada, and an Honours Bachelor of Arts from Western University. 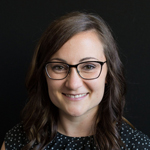 Ms. Popoff was appointed Director of Operations in 2007, then Director of Marketing, for a fast-growing Western Canadian retail pharmacy chain. She was responsible for overseeing operations, financial performance, and marketing for 21 locations. The pharmacy chain’s success led to an acquisition in 2012 by Shoppers Drug Mart. In January 2013, Chantel took the opportunity to join a Canadian natural health food company for a more fast-paced, entrepreneurial environment, leading the operations and marketing of a national product launch. By late 2015, Chantel and her team had gained shelf placement in over 8,000 stores, while implementing standard operating procedures, financial reporting structure and national consumer and trade marketing programs to grow the brand and prepare the company for further growth, which led to her promotion to President in 2016. In 2018, Chantel was hired at Valens as Vice President of Valens Agritech, it’s cannabis processing and product development subsidiary. Through her impressive operational skills and ability to lead, Chantel was quickly promoted to COO of The Valens Company to oversee operations in all of its wholly owned subsidiaries. 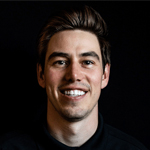 Mr. Knight is EVP, Corporate Development and Capital Markets for The Valens Company where he oversees mergers and acquisitions, investor relations, and corporate strategy. Before joining Valens, Mr. Knight was a Portfolio Manager at Matco Financial Inc. where he had an impressive track record managing the Matco Cannabis Mandates and Matco Small Cap Fund which was ranked number one in its category during his tenure. Mr Knight has analyzed hundreds of cannabis companies and toured 150+ cannabis facilities globally. His investment experience in the sector began in 2013, and he has accumulated a thorough understanding of the industry, regulations, subsectors and the companies involved in this fast-paced growing space. Prior to joining Matco, Mr. Knight worked in merger and acquistions at Petrominerales and the accounting department of Petrobank Resources. Mr. Knight graduated from the University of Calgary Haskayne School of Business with a Bachelor in Commerce (Finance), and also holds the Chartered Financial Analyst designation.

Paul A. Kunynetz, J.D. – General Counsel and Corporate Secretary
Mr. Kunynetz practiced law at McCarthy Tétrault in Toronto prior to joining The Valens Company, where he gained extensive experience working on high-profile and complex transactions. His practice focused on mergers and acquisitions, franchise/distribution, commercial transactions and private equity with an emphasis on the automotive and cannabis industries. Mr. Kunynetz leads the legal services team at The Valens Company, and advises on all aspects of the Company’s strategic initiatives.

New Cannabis Ventures in partnership with due diligence platform 420Investor, is the definitive source for fact-based, data-driven, financial information and relevant company news for qualified publicly traded cannabis companies. NCV extracts and parses only the most important content. Information is provided “as is” and solely for informational purposes, not for trading or advice. The Valens Company, Inc., is a client of NCV Media, LLC. Read our full disclaimer.