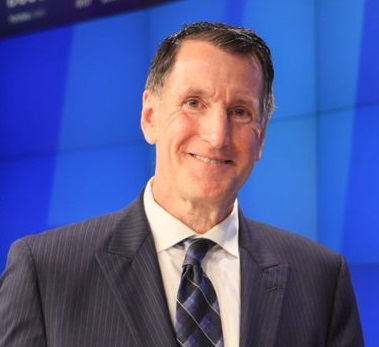 22nd Century Group (NASDAQ: XXII) is a plant-based biotechnology that operates three business segments: tobacco, cannabis/hemp and hops. The company aims to stabilize new plant strains and bring them to market. It started in the tobacco space and then moved into cannabis. Hops is the company’s newest venture. In cannabis, the company focuses on the upstream value chain. It supplies cannabinoid ingredients and white labels for its customers on a global scale. CEO Jim Mish gave New Cannabis Ventures an inside look at the company’s business model and its position in the cannabis industry.

In May, 22nd Century Group acquired contract development and manufacturing organization (CDMO) GVB Biopharma. This acquisition fueled the company’s position as a leading supplier of cannabinoid ingredients and complemented its existing operations. For example, it already has the capability to develop disruptive new strains through its genetics program with its partner, KeyGene. The company has completed the integration of GVB Biopharma, according to Mish.

The acquisition was immediately accretive, and the company’s cannabis/hemp business unit is expected to become EBTIDA and cash-positive in Q4, according to Mish.

22nd Century Group is not focused on being a branded company. Rather, it looks to serve successful brands active in the pharmaceutical, medical and recreational markets. Its platform offers customers high-quality cannabis and hemp ingredients and white labeling to optimize product formulation.

The GVB Biopharma acquisition also helped 22nd Century Group expand its cannabis and hemp footprint. This business segment now operates on a global scale. It has cannabis operations and sales in North America, South America, Europe and the Asia Pacific region, according to Mish.

The company is keeping a close eye on regulatory progress in Europe and the United States. It is poised to bring its strains to new markets when federal legislation allows it, according to Mish.

22nd Century Group’s scale and ability to partner as part of the upstream value chain puts it in a strong competitive position. It is even adding to its extraction capabilities with a larger unit in Oregon, further adding to its cost advantage.

Hops is the company’s newest venture, and Mish expects to see the company’s first revenue stream from this segment of the business in the form of licensing opportunities later this year.

22nd Century has the possibility of synergies across its three different business units through scientific and marketing crossover, according to Mish. He points to tobacco company interest in the cannabis space, as well as the interest in exploring cannabis and beer.

Mish expects to see significant organic and inorganic growth in cannabis. As the company contemplates potential M&A, it will look for deals that could augment its receptor science capabilities. Ingredient suppliers and CDMO assets could also be potentially attractive. New extraction capabilities would also be of interest to help further drive down costs and improve the quality of its ingredients.

Mish was initially attracted to the 22nd Century Group team because of its low-nicotine tobacco and harm reduction aims. He also pointed to important talent like Chief Scientific Officer Calvin Treat, who joined the company from agricultural biotechnology company Monsanto. General Counsel and Corporate Secretary Steven Przybyla comes to the company from Jushi.

Over the summer, 22nd Century Group raised $35 million, funding primarily for growing its VLN cigarette sales in the U.S., according to Mish.

The company’s shares have dropped below a dollar on the NASDAQ, but Mish is not overly concerned about a delisting warning. Market conditions are extremely challenging, but he expects that will eventually change. In the meantime, 22nd Century Group is focused on executing across all three of its business units.

22nd Century Group’s cannabis and hemp business has been growing 15 percent to 20 percent prior to the GVB Biopharma acquisition. Inorganic opportunities aside, Mish anticipates that revenue will grow in the 20 percent to 25 percent range with cash flow positivity in sight within the next few months.

On the tobacco side of the business, growth will be driven by VLN sales coming online. The company is just beginning its 2023 planning process, but expanding those sales to a national footprint could double or triple the company’s revenue rate.

Solid growth in tobacco and cannabis balance one another out. It is still early days for the hops business, but Mish anticipates modest sales in that segment as the company moves into 2023.

Driving costs down and purity profile up are essential to 22nd Century Group’s strategy. The team consistently evaluates its fixed and variable costs, and it looks for ways to drive its quality toward pharmaceutical grade levels. The leadership team also examines revenue, profitability and market penetration.

Macroeconomic market conditions continue to be a challenge for cannabis companies and biotechnology companies like 22nd Century Group, but the company is focused on executing and driving significant growth across all three of its business units.

How the Market’s Terrible September Didn’t Matter Much