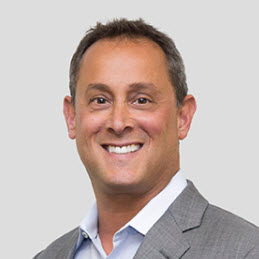 When CEO Jeff Radway and his partner Joe Neller decided to launch a cannabis company, they focused on building a strong team, excellent facilities, and quality products. Green Peak Innovations is leveraging this approach to create brand differentiation. Radway spoke with New Cannabis Ventures about his company’s strategy in Michigan, the Skymint retail model, and funding. The audio of the entire conversation is available at the end of this written summary.

From Clothes to Cannabis

Before entering the cannabis space, Radway spent three decades in the apparel industry. His last company managed hundreds of brands, giving him extensive experience in brand development and consumer connection.

In 2016, Radway was in the process of successfully exiting his latest apparel company when he heard about the cannabis opportunity in Michigan. He connected with his partner Neller, and they launched Green Peak Innovations in 2017.

Neller comes from a background in healthcare lobbying. He now serves as Green Peak’s Chief of Government Affairs and manages new business development. Summer Ransom-Cleveland, President of Retail, spent much of her career at Urban Outfitters, a leading brick-and-mortar retailer, according to Radway. She is helping redesign the cannabis store experience. CFO Al Gever has a successful track record in the CPG space, with experience at companies like Nabisco and Smart Balance. Laurie Gregory, Chief Brand and Product Officer, built her career at apparel company The Limited and in the health and beauty space. Together, the leadership team is focused on Cannabis 2.0.

Green Peak Innovations is focused on a “narrow and deep” strategy. The company wants to achieve brand penetration in Michigan before moving into more markets. Green Peak has two production facilities in the state. One facility, which came online in October of last year, was initially intended to be an R&D facility, but with the lack of production in the market, the company focused on making products. The company’s second facility, approximately 60,000 square feet, came online in February and began harvesting this spring.

The company has four retail locations open in the state with a fifth about to open in Ann Arbor. Green Peak is aiming to have eight stores open by the end of the year and 15 to 20 stores open next year, according to Radway.

In addition to expanding its footprint, the company is also involved in social equity initiatives in the state. Green Peak is helping to move expungement legislation forward in the state and expects to support social equity programs in all states in which it operates.

Skymint is the company’s retail brand. When the company first began researching the market, Radway found that the cannabis store experience in Michigan was lacking. The Skymint model is focused on modernizing the retail experience. The company’s stores have an open, browsable concept with express pickup counters. Green Peak is also planning to roll out home delivery at some point.

In addition to its retail stores, Green Peak Innovations has a wholesale brand: North. Inspired by a rugged, outdoor lifestyle, North includes edibles, concentrates, vape products, extracts, prerolls, and flower. The brand is carried in approximately half of the licensed stores in Michigan, according to Radway. The company is aiming to expand that distribution to 60 to 65 percent of the state’s stores.

Green Peak is focused on its operations in Michigan, expected to be profitable by the end of the year. But, the company is also taking a disciplined approach to M&A and evaluating other states for expansion–with a focus on markets east of the Mississippi.

Earlier this year, the company entered into an agreement to acquire a license in Florida, but the state’s shift to a horizontal environment changed Green Peak’s plans. The purchase agreement included the opportunity to pause the deal and renegotiate. The company did not feel that the price set under a vertical model made sense under a horizontal model, according to Radway.

The company remains interested in Florida but sees more prudent uses of capital in the near-term and is focused on states like Pennsylvania, Massachusetts, Illinois, and Ohio. Green Peak is more interested in fully operational opportunities that are cash flow positive, rather than building something from the ground up.

Green Peak Innovations is capitalizing on the cannabis beverage opportunity through a partnership with Short’s Brewery. Partially owned by Lagunitas Heineken, Short’s is a leading beer brand in the upper Midwest, according to Radway. Together, Green Peak and Short’s will work on developing a variety of products, including tonics, cold brews, teas, and mocktails.

Green Peak Innovations has been primarily funded by insiders, but the company has done two capital raises. The second was a $10 million round of mezzanine financing. The company also has a relationship with REIT Innovative Industrial Properties, which helps the company to leverage its capital for operational efficiency and expansion.

The company reported $4 million in business for its first regulated quarter, and Radway expects that revenue to grow quarter over quarter. As the company continues to expand its operations, it will focus on building a strong market presence in three to four markers, rather than attempting to build out and launch operations in several states at once. Radway also sees opportunity in the current distressed market. Green Peak Innovations is in a position to become profitable and cash-flow positive shortly, which means it can take advantage of acquisition opportunities as valuations become more reasonable, according to Radway.