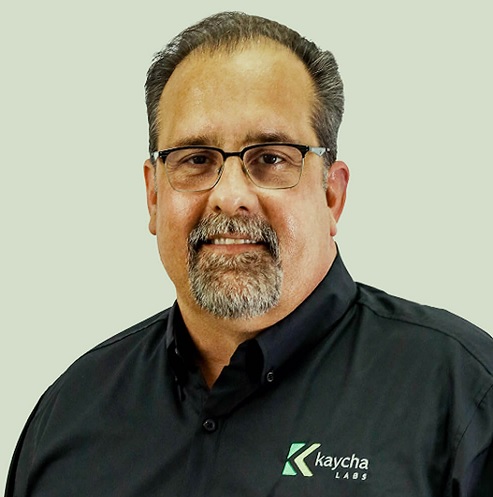 Exclusive Interview with Kaycha Labs Co-Founder, CEO and Chairman of the Board James Horvath

Kaycha Labs started out as a technology company focused on the medical benefits of cannabis and hemp. Its founders ultimately decided to begin gathering data by creating its lab business. Kaycha Labs Co-Founder, CEO and Chairman of the Board James Horvath spoke with New Cannabis Ventures about the company’s testing services, its growth strategy and profitability. The audio of the entire conversation is available at the end of this written summary.

About five years ago, two different things happened in Horvath’s life. His nephew came to him with an idea to get into the cannabis business and his daughter was diagnosed with Crohn’s disease. He started to do some research about the medical benefits of cannabis and hemp but was unable to find much data. He and his nephew initially set out to build “the WebMD for cannabis.”

They quickly learned they would need data on the actual products people were using, which shifted their focus to the lab space. In 2017, they hired Jorge Segredo as Senior Lab Director. Segredo has decades of experience in pharmaceuticals and nutraceuticals.

Shortly after that, the Kaycha Labs team spent time learning the regulatory environment in Florida and meeting people in the industry. Through this work, the company added Cynthia Brewer to its team as Vice President. Brewer works on both the regulatory and sales sides of the business.

Other important members of the leadership team include CFO Alan Silverman and COO John Schwartz. Silverman has extensive experience in working with multiple-location companies, like Kaycha Labs. Schwartz previously worked for Goldman Sachs and has played a significant role in Kaycha Labs’ expansion.

Kaycha Labs offers the full spectrum of standard regulatory testing for things like potency, pesticides, heavy metals, microbials and solvents. Beyond that, the company offers ancillary testing for things like melatonin and vitamin E. And, it offers services, such as stability and shelf-life testing, to help support the retail side of the industry.

The company provides testing services for many of the industry’s large MSOs, as well as many small and mid-sized operators. On the hemp side of the business, Kaycha Labs has more than 4,000 clients, according to Horvath.

Technology is the backbone of Kaycha Labs. The company’s import and export of data, quality assurance and reporting is all done through a system that it built and it owns. Testing information is provided in real-time on the company’s portal.

Kaycha Labs is also involved in research initiatives, looking at developing its own equipment and testing methodologies. For example, it is looking into creating its own qPCR system and researching unique testing approaches for product efficacy.

The company first started operating in Florida. It currently has two owned labs in the state. Next, it acquired a location in Colorado and opened a location in Tennessee. Kaycha Labs also has partner locations in New York, Kentucky, Oklahoma and California. It owns a small percentage of the locations in New York, Kentucky and Oklahoma, while it operates the California lab with no ownership.

In its home state of Florida, Kaycha Labs has been named the designated lab for the state’s hemp program. When the company first opened in Florida, there was no ability to do anything in the cannabis space aside from R&D testing. So, the company focused on CBD clients. As the state’s designated hemp testing lab, Kaycha Labs is able to offer its clients assurance that they will meet state compliance requirements.

Additionally, the company’s extensive work in the hemp space enables it to offer meaningful introductions. Kaycha Labs can connect growers, processors, manufacturers and retailers with one another.

Kaycha Labs is planning expansion in Arizona and Massachusetts, as well as considering a potential acquisition in Nevada. The company carefully tracks regulations, sales and competition in each state to help determine testing needs. This helps guide where the company will go next. For example, Massachusetts only has two licensed laboratories right now, and Arizona is just getting its regulatory structure up and running, according to Horvath. States like Illinois, Michigan and Pennsylvania are also potentially of interest.

The company prefers to grow via organic means. It has a certain way of operating and integrating a new asset can be challenging, according to Horvath. But, M&A does have a place in the company’s strategy if the opportunity is right.

A number of cannabis and hemp testing labs have gone public only to disappoint investors, while a number of private companies have struggled as well. Horvath believes much of this story is due to a lack of business planning.

Horvath has previous experience running a business. At Kaycha Labs, the team is focused on efficient operations, maintaining profit margins and maintaining enough cash flow to continue growing. The company had a 150-page business plan. It built its own technology. It invests in new equipment with warranties to ensure quick turnaround time for its services. Even still, the company is challenged to keep up with the complexities of testing and quality control.

The labs that are struggling to make money are the potential M&A targets for Kaycha Labs, according to Horvath.

Kaycha Labs was deemed an essential business in each of its states during the COVID-19 pandemic, which means it did not have to halt operations. It formed an internal COVID-19 panel to help manage the necessary changes and hired more cleaning staff. Additionally, the company has implemented regular employee testing at its own cost.

Sales from hemp did go down at the same time, leaving the company with a dip in revenue and an increase in costs. But, the company has persevered, and Kaycha Labs is up approximately 100 percent year over year, according to Horvath.

The company has largely been funded by friends and family. It has yet to take on any institutional investment. It has raised roughly $7 to $8 million, and, as a profitable company, it has paid dividends, according to Horvath.

Right now, the company is using its cash from profits to open new locations. If in the future an M&A opportunity would require more than available in the company’s cash flow, Kaycha Labs would entertain the possibility of more fundraising.

Kaycha Labs is seeing double to triple-digit growth since its inception. That growth is being driven by expanding regulatory compliance requirements across various states and the expansion of its lab footprint.

Many of the company’s key performance indicators focus on efficiency. For example, the company looks at ways to reduce the amount of time different operations take. If a particular type of test is resulting in a poor profit margin, the team looks for ways to improve that. Everything the company does is targeted at efficiency, cost-effectiveness and maintaining its margins.

The varying regulatory structures across the company’s different states of operation continue to be a top challenge. Kaycha Labs is striving to create a model in which a hemp client can test in one state and qualify to sell into any market. The company wants to help both the hemp and cannabis industries grow.

And, the opportunities for growth will likely keep coming. Many states are considering launching medical and adult-use programs, creating more need for laboratory testing and more opportunity for Kaycha Labs to grow.

To learn more, visit the Kaycha Labs website. Listen to the entire interview: