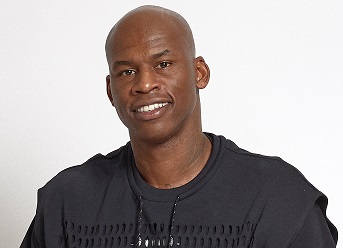 In 2014, former NBA player Al Harrington started a cannabis brand named after his grandmother Viola. Now, Viola is growing its multi-state footprint and expanding its product portfolio. Founder and CEO Harrington spoke with New Cannabis Ventures about applying for licenses in new states, the importance of social equity and the company’s recent investment round. The audio of the entire conversation is available at the end of this written summary.

In 2011, Harrington’s grandmother came to see him play when he was with the Denver Nuggets. She was suffering from glaucoma and taking a multitude of medications that were not alleviating her symptoms. Harrington suggested cannabis. After some initial skepticism, his grandmother agreed to give it a try. The positive impact it had on her changed the way Harrington looked at cannabis.

He grew up in Orange, New Jersey and saw the effects of the War on Drugs in his community. After seeing how cannabis helped his grandmother, he started to learn more about the medical benefits of the plant, and he decided to make an investment in the space a year later.

Harrington co-founded Viola with Dan Pettigrew. Together, the pair drove around Colorado visiting different grow sites and building a business plan. The team has since grown to include members such as COO Sameer Kumar, CFO Matt Hathaway, and Chief Compliance Officer Adam Day. The company is looking to fill additional roles, including CMO and CRO.

Viola is open to the possibility of strategic acquisitions, but for the time being, the company’s national expansion plans are being supported by organic growth. The company has applied for licenses in Maryland, Missouri, and New Jersey, and states like Illinois, New York, and Georgia are also of interest, according to Harrington.

Viola began as a concentrates company. Harrington first decided to learn about concentrates because his grandmother was concerned about her home smelling like cannabis.

After 16 years in the NBA, Harrington is well aware of the power of branding–another reason concentrates were so appealing. When the company started in Colorado, flower was being sold in simple, unbranded jars. Harrington realized this approach would make it difficult to differentiate the brand. Concentrates offered a clearer path to standing out.

In Oregon, the company focused on live resin and live resin vapes, while it offers a wide variety of products including flower, pre-rolls, vapes, and concentrates in the California and Michigan markets. Viola is also planning to launch edibles in February 2020–the number of Viola SKUs is growing each year.

Viola is just ramping up its retail presence. The company is about to open its first retail store, located in Michigan. The company is also partnering with social equity applicants to open multiple retail locations in California next year.

Viola was founded with the intention of being a lifestyle brand with purpose. Cannabis may be a major industry now, but it has been used to destroy black and brown communities. “Eighty-five percent of drug arrests in the black community are cannabis-related,” said Harrington. “Now with this big, booming industry, we only represent 3 percent of it.”

Harrington and his team are looking for ways to help bring communities of color into the cannabis space. In California, the company held educational seminars to introduce people to the process of running a cannabis company. Through that process, the company found 38 people to help support. When applying for a license in the state, you need to have real estate. So, the company found eight pieces of real estate, and those 38 people are willing to work together to enter the industry.

Prior to the company’s recent investment round, Viola was built with funding from friends and family. The $16 million round led by Gotham Green Partners has helped Viola to expand its team, acquire its California cultivation site, and finish building out its Michigan facility. In addition to the capital, Gotham Green opens the door to further growth as a strategic partner, according to Harrington. As for the public markets, they are not attractive to the company at the moment.

The company expects to do $20-plus million in revenue this year, compared to $7 million last year, according to Harrington. He sees the brand taking off and gaining greater market penetration, which will drive growth year after year.

As the company grows, community focus will remain at the forefront. That focus on community and people of color will continue to be a differentiator for Viola, according to Harrington. He is also looking forward to the opportunity to form strategic partnerships. Viola will remain committed to being flexible as it navigates the same regulatory challenges affecting the entire industry.

To learn more, visit the Viola website. Listen to the entire interview: