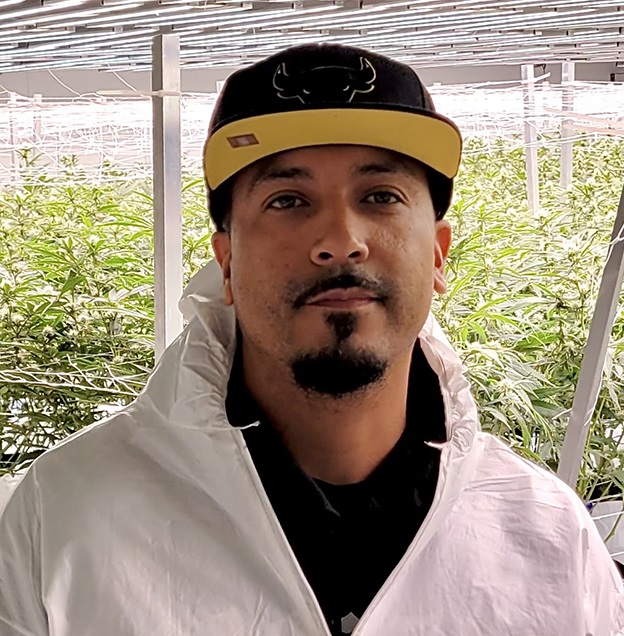 Exclusive Interview with The 1937 Group Chairman and CEO Ambrose Jackson

The 1937 Group is a minority-owned, vertically integrated cannabis company. It is in the process of operationalizing licenses in the Illinois market. The company is aiming to build a name for itself through the way it treats its team members and how it engages with the community. Chairman and CEO Ambrose Jackson spoke to New Cannabis Ventures about building out the company’s footprint, looking to new markets and becoming a leading social equity operator.

Initially, The 1937 Group applied for a cultivation license, retail licenses and a transportation license. It was one of the few companies out of thousands to win each type of license it applied for, according to Jackson. Now, the company is in the process of building out its two cultivation facilities and five to six retail locations in the Chicagoland area.

The company also has a transportation license. The majority of the Illinois market is dominated by large MSOs that have the ability do their own transportation, according to Jackson. The 1937 Group will leverage its transportation license to bring its products to dispensary shelves. It will also offer its transportation services to other craft growers and infusers that come online,  giving an alternative to operators that do not want to go to MSOs for that service or build that capability internally.

Carving Out a Space as a Craft Grower

The biggest challenge craft growers face in Illinois is getting up and running, according to Jackson. He is familiar with many of the other operators in the state and the hurdles they face and is vocal about the need to build an ecosystem that has space for craft cannabis companies and the larger, established operators. He sees opportunities for both types of companies to work together, but smaller operators and social equity companies need support to get started.

While The 1937 Group is getting started in Illinois, it has also won a couple of licenses in New Jersey. The company is planning to build a similar footprint in this state: a cultivation facility of 20,000 to 50,000 square feet and five to seven retail locations. As the company establishes its presence and reputation in these two markets, it will consider moving into adjacent Midwestern and East Coast markets.

Seven to 10 years from now, being acquired could be an endgame strategy, but, for now, that is not the company’s objective, according to Jackson. The company is open to partnering with others through mergers and acquisitions as it focuses on becoming a leading, Black and Brown-owned social equity operator.

Branding is vital for The 1937 Group. As a craft grower, The 1937 Group does not have the luxury to make mistakes and learn along the way, according to Jackson. It has to come to market with strong, high-quality brands right out of the gate.

The company has focused on curating its name brand, even before its products come to market. It is also building a house of brands model through its sister company: KVL International.

Jackson comes to The 1937 Group with an extensive background in healthcare. He earned his bachelor’s and master’s degrees at the University of Illinois Chicago. He interned under a couple of different hospital CEOs before beginning his first job at Cleveland Clinic. Jackson spent five years there before coming back to work in Illinois. Over the course of his years in the healthcare industry, he honed his skills in quality improvement, patient safety and regulatory compliance, all of which paved the way for his entry into the cannabis industry.

Jackson also highlighted other members of the company’s leadership team, including Chief Strategy Officer Alex Al-Sabah and Chief Operating Officer Jonathan Valdes. Al-Sabah has 20 years of experience in the cannabis industry, beginning in California. Valdes, an entrepreneur, has played a vital role in helping the company through the application process and now brings his skills to the company’s operations.

In August, The 1937 Group announced that it had secured $17 million in funding. While lawsuits in the Illinois market delayed the issuance of licenses, the company had the opportunity to talk to many different investors and get a feel for what would be a good fit, according to Jackson.

The private investment group that the company partnered with co-owns two retail dispensaries in Illinois. It attempted to win a cultivation license but was not successful. So, it set out to buy into a cultivation operation. The partnership was a win-win. The investment group brings not only money to the table but also expertise in the retail market. Plus, The 1937 Group will have the opportunity to get its products on the shelves of those two retail stores.

Going forward, the company still has funding needs. It has been successful in identifying a couple more financing partners willing to help fund its growth, according to Jackson. The company will remain open to creative approaches to funding, whether it be debt, equity or some kind of hybrid.

At the beginning of this year, The 1937 Group launched a cannabis incubator program to support social equity businesses. While the application process for cannabis licenses is expensive and arduous, getting a license is not the hard part, according to Jackson. Once social equity operators get a license, they often lack the resources and support to get their businesses off the ground.

The 1937 Group is stepping up to play a role in creating an industry where Black and Brown operators can thrive. The company has successfully navigated the process of launching a cannabis business. Now, it wants to use its knowledge and resources to help the social equity operators that come next.

Bringing its assets online and getting products to market will drive the company’s growth this year. The 1937 Group is a company truly built from the ground up, and it offers consumers a different type of cannabis operator to support, according to Jackson. The company is also planning to leverage the relationships it is forming in emerging markets.

While the company has plenty of growth ahead, it does not want to grow at all costs. For Jackson, it is important to maintain a work/life balance for the company’s people and to remain connected to the community. The 1937 Group is seeking to set the industry standard as a leading social equity company. Ultimately, Jackson sees building the company’s brand on the national level.

To learn more, visit The 1937 Group website. Listen to the entire interview: