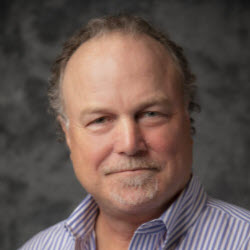 Revolutionary Clinics is a cannabis retail and wholesale operator in Massachusetts, but the company has plans to grow its footprint. It is building a foundation supported by high quality products, customer service and low cost of production, according to CEO Keith Cooper. He spoke with New Cannabis Ventures about Revolutionary Clinics’ position in the Massachusetts market and expanding into more states via a rollup strategy. The audio of the entire conversation is available at the end of this written summary.

After graduating from the Harvard Business School, Cooper spent four years as a strategist with the Boston Consulting Group. From there, he began a career as an entrepreneur. In the late 1980s, he launched a telephone company. He spun out and started another phone company. Next, it was an internet company. Right before entering the cannabis space, he launched a digital health company. Over the course of his career, Cooper has had many exits by way of IPOs or M&A. After doing his due diligence on the cannabis industry, he was excited to take his startup experience to this business.

Massachusetts is a limited license market with strict regulations around testing and advertising. The regulatory structure makes it more difficult to grow businesses compared to some other states, but all cannabis operators in the state face the same regulatory challenges, according to Cooper.

Revolutionary Clinics was one of the first 15 entrants into the state’s medical market, according to Cooper. Massachusetts today has a number of operators, including MSOs, vying for market share. Operators need to find a way to stand out, whether it is based on price or product segment, according to Cooper.

The company currently has three medical stores open in Massachusetts: two in Cambridge and one in Somerville. It also has a 250,000-square-foot facility in Fitchburg. The facility has an annual production capacity of 25,000 pounds of cannabis, and it has a kitchen and extraction lab.

In addition to its retail operations, Revolutionary Clinics also has a strong wholesale business in the state. It sells products into approximately 150 of the 200 stores in Massachusetts, according to Cooper. Wholesale accounts for about 75 percent of the company’s revenue.

The company’s three retail locations are currently medical only, and it has a medical home delivery service, but Revolutionary Clinics is planning to expand its retail and delivery operations into adult-use. Cooper anticipates having two adult-use stores by summer and a third by early 2023.

Making Revolutionary Clinics a top-10 cannabis company in the U.S. is a key goal for the team, which means scale beyond Massachusetts. Over the past couple of years, the team has explored a number of potential deals, but it did not find the right fit. Now, Revolutionary Clinics is preparing to pursue a rollup strategy of its own. It will explore states of interest and look for quality companies. The team plans to make the company one of the larger players in cannabis over the next couple of years, according to Cooper.  States like Arizona, Florida, Illinois, Michigan, New Jersey, New York and Ohio could be of interest.

Revolutionary Clinics has raised more than $50 million over the course of its four-year history. Much of that capital has been used to build out its production facility. The company became profitable in 2021, and now, it is self-funding its expansion in Massachusetts, according to Cooper. The company is looking to move forward with adult-use operations in the state, and it is adding more automation at its production facility. It will also need capital to expand into more states and realize synergies as it forms relationships in these new markets.

Thus far, the majority of the company’s investors are high-net-worth individuals. Revolutionary Clinics also did a sale lease-back with NewLake Capital Partners. Going forward, the company will be looking for private equity funding to help support its growth.

Revolutionary Clinics’ investor mix is different than the shareholder distribution Cooper has worked with in many of his past ventures. The company works diligently to keep its investors informed via regular meetings and communication.

The company’s revenue has grown exponentially since its inception. Revolutionary Clinics was featured on the 2021 Inc. 5000 list, which noted revenue growth of more than 32,000 percent over the last three years. This year, the team is anticipating high eight figures in revenue.  Cooper is expecting about 30 percent growth this year.

The Revolutionary Clinics team keeps tabs on a number of metrics as the company grows. Revenue is, of course, vital, and it also tracks cost per pound of cannabis produced, customer satisfaction, EBITDA and cash flow. The leadership team identifies five to seven strategy imperatives and regularly checks in and measures progress on those goals. As the company ventures out into other states, revenue could, again, grow significantly.

To learn more, visit the Revolutionary Clinics website. Listen to the entire interview: