Toronto, Ontario–(Newsfile Corp. – February 14, 2019) – Tidal Royalty Inc. (CSE: RLTY.U) (“Tidal” or the “Company”), a leading provider of royalty financing to licensed U.S. cannabis operators, is pleased to announce that it has entered into a binding letter of intent (the “LOI”) with MichiCann Medical Inc. (operating as Red White & Bloom) (“RWB” or “MichiCann”) with respect to the acquisition of all of the issued outstanding shares of MichiCann (the “Proposed Transaction”). After completion of the Proposed Transaction, the shareholders of Tidal will hold approximately 20% of the issued common shares of the resulting issuer, and the former shareholders of MichiCann will hold approximately 80% of the resulting issuer shares, on a fully-diluted basis (the “Resulting Issuer”).

If completed, the Proposed Transaction will constitute a “Fundamental Change” of the Company, as such term is defined in policies of the Canadian Securities Exchange (the “CSE”). The Company’s shares will remain halted until the CSE has reviewed and approved the Proposed Transaction and has determined it appropriate to lift the halt on trading in respect of the securities.

“We are very enthused to bring a transaction forward to our shareholders, that while not specific to our royalty model, represents a significant first step to become an MSO (Multi-State-Operator). The MSO model, of which the investment community is rightfully fond and enamored is due for a significant shift in approach. We feel that investors are already moving past the traditional MSO models to MSO 2.0. In our view, investors are looking for not just a presence in multiple states, but instead a meaningful presence in the markets that MSO’s serve. The incoming team with RWB has in recent recorded history qualified itself as adept at achieving this by the following industry leading and pioneering achievements:

“Michigan has the highest per capita usage of cannabis and RWB has taken a leadership position in the state to attain a pole position by both being awarded and acquiring multiple dispensaries (provisioning centers), cultivation and manufacturing operations as further defined below.

In addition to the Company’s existing positions in California and Massachusetts, it is anticipated that RWB will focus, with the strength of its world-class team, on the major markets in the United States, namely Michigan, California, Massachusetts and Florida. 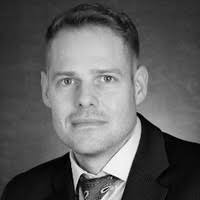 The Company believes that the combination of these efforts including standardization of brand, vertical integration, and the anticipated growth in the Michigan medicinal market as well as the advent of the Michigan recreational market, easily places RWB in a position to be one of the top tier operators from a revenue and profitability perspective.

MichiCann is a private cannabis investment company incorporated under the laws of Ontario with a head office in Vaughan, Ontario. MichiCann has an experienced management team with a track record in the cannabis industry including its Chief Executive Officer, Brad Rogers, who was a founder of Mettrum Health Corp. (before its sale to Canopy Growth Corporation) and the former President of CannTrust Holdings Inc.

MichiCann holds an 8% senior secured convertible debenture (the “Debenture”) and a put/call option (the “Put/Call Option”) to acquire all the issued and outstanding shares of its Michigan based investee (“OpCo”), a private company incorporated under the laws of the State of Michigan. OpCo has been granted a Step 1 prequalification by the Medical Marihuana Licensing Board of the State of Michigan and has been awarded multiple municipal approvals for grower permits (cultivation), manufacturing (including extraction and derivative manufacturing) and provisioning centers (dispensaries).

In addition to the licenses awarded to OpCo, they have been aggressively pursuing M&A activity in Michigan where it has closed on its first eight provisioning centers, with three more expected to close in the coming days. OpCo has either signed, or is in the final stages of negotiations to sign, an additional eleven provisioning centers. On an unaudited basis the current closed and under fully executed binding asset purchase agreement (set to close in March 2019), acquisitions have generated trailing revenue over the last 12 months in excess of US$100 million with approximate gross margins of 60% on a non-GAAP basis.

Additionally, OpCo has purchased an 85,000 square foot facility for its first indoor cultivation and manufacturing center. Initial plans for this facility will include the ability to produce in excess of 10,000,000 grams of flower per year with first harvest, post retrofitting to a perpetual harvest facility, expected in Q4 2019, and will include state of the art extraction capabilities in the same facility. OpCo has also purchased two smaller vertically integrated grow and manufacturing operations as part of its dispensary acquisitions.

OpCo plans to complete transactions in 2019 for outdoor grow operations and are assessing additional opportunities for greenhouse cultivation. OpCo is making great strides in achieving its goals of controlling and operating a minimum of 20 dispensaries by end of Q2 2019 and three grow operations in Michigan by Q4 2019.

Overview of Management and the Board of Directors

It is expected that the management of the Resulting Issuer will consist of Brad Rogers as Chief Executive Officer, and that Tidal will enter into employment agreements with the CEO and the three operating principals of OpCo on terms to be negotiated by the parties.

Brad Rogers, MichiCann Medical Inc.’s CEO, previously served as President of Canntrust, one of Canada’s leading licensed cannabis producers. Under Brad’s direction, Canntrust created the Canadian cannabis market’s Gold Standard by producing quality, pharmaceutically standardized product across flower and extract. A recognized expert in cannabis production and a creative brand-building marketer, Mr. Rogers was instrumental in leading CannTrust into early proﬁtability. He was the driving force behind its capital raises and IPO that peaked at a $1.5 billion market cap.

Utilizing industry-leading scientiﬁc expertise and a disciplined “data driven” approach, Mr. Rogers managed CannTrust’s growth from 20 employees to more than 500 before his departure. Directed the creation of four adult consumer cannabis brands – Liiv; SYNR.G, Xscape and Peak Leaf across National Distribution. To meet the needs of both the medical and recreational markets, he also supervised the opening of the ﬁrst two phases of CannTrusts’s Perpetual Harvest Facility in Niagara which is expected to reach an annual output exceeding 100,000 kilograms. Mr. Rogers also worked on developing such innovative product extensions as beverages, vape pens, and edibles.

In addition, Mr. Rogers was part of the team that built one of the first ever commercially scaled cannabis production facilities in the world (for medicinal cannabis use) in 2014. That company (Metrum) was successfully sold in 2016 to Canopy Growth for over $450 million.

He holds an MBA from the Richard Ivey School of Business, proudly supports Toronto’s Centre for Addiction and Mental Health, the Trillium Gift of Life Network, and Inner City EQAO Mentoring.

It is the intention of Tidal and MichiCann to establish and maintain a board of directors of the Resulting Issuer with a combination of appropriate skill sets that is compliant with all regulatory and corporate governance requirements, including any applicable independence requirements. Upon completion of the Proposed Transaction, the board of the Resulting Issuer is expected to comprise seven (7) individuals, which will include three (3) members of the current board of Tidal, and four (4) nominees of MichiCann. It is understood that all directors and officers of the Resulting Issuer shall be required to complete applications for licensing in all jurisdictions where the Resulting Issuer or its subsidiaries intends to conduct commercial cannabis operations. All director nominees will agree to provide their immediate resignation should they fail to be approved by the respective state regulatory body.

Pursuant to the LOI, dated February 12, 2019, and in connection with the acquisition of MichiCann:

Closing of the Proposed Transaction is subject to negotiation, completion and execution of all definitive transaction documents as well as customary conditions, including the satisfaction of each party with the results of its due diligence investigation, receipt of all required shareholder, board, third party and regulatory consents and approvals and the satisfaction of other closing conditions.

Tidal provides royalty financing to the U.S. regulated cannabis industry. Led by an executive team with extensive industry experience in Canada and the U.S., Tidal provides operators with the funding they need to grow their business. Operators benefit from non‐dilutive capital and investors get top‐line access to a diversified portfolio of companies that will form the future of this transformative industry.