One of the trending news stories in the cannabis space this week was the purported sale of the entire town of Nipton, California to a publicly-traded company, American Green (OTC: ERBB), which issued a press release on August 3rd. The company plans to develop the town, located on the border of California and Nevada, into a cannabis hospitality destination following the deal, which was four months in the making, according to the press release. The press release made no mention of the purchase price, reported elsewhere at $5mm, or the terms of the deal.

The media bit hard on this story, but not one writer took the time to discuss the most perplexing aspect of the story: How can this company afford the purchase? American Green is proud to have been in the cannabis industry since 2009, but it has very little to show for its efforts to date. A review of its recent financials for the fiscal 2017 third quarter ending March 31, show a company in distress: 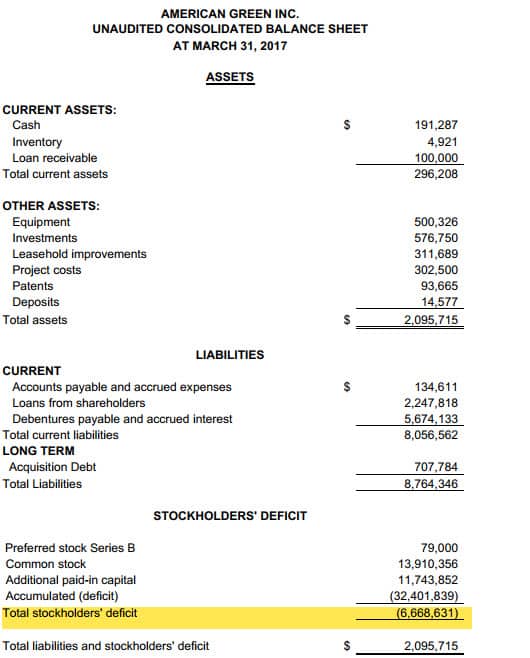 American Green has been an incredible disappointment for investors since inception, as the company has failed to produce material revenue but has dramatically increased its share-count due to the issuance of stock to holders of its convertible debt: 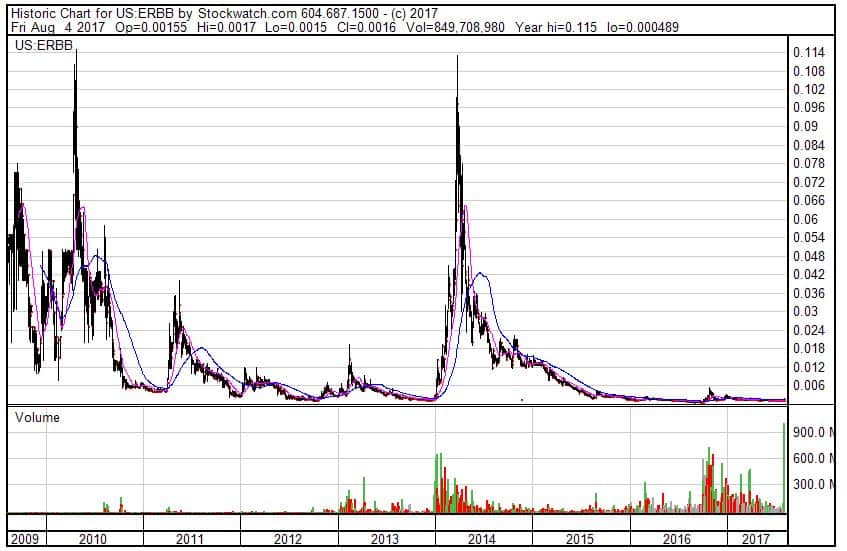 The stock, like many, enjoyed a large spike in early 2014, but it has been trading near it’s all-time low for most of the time since mid-2015: 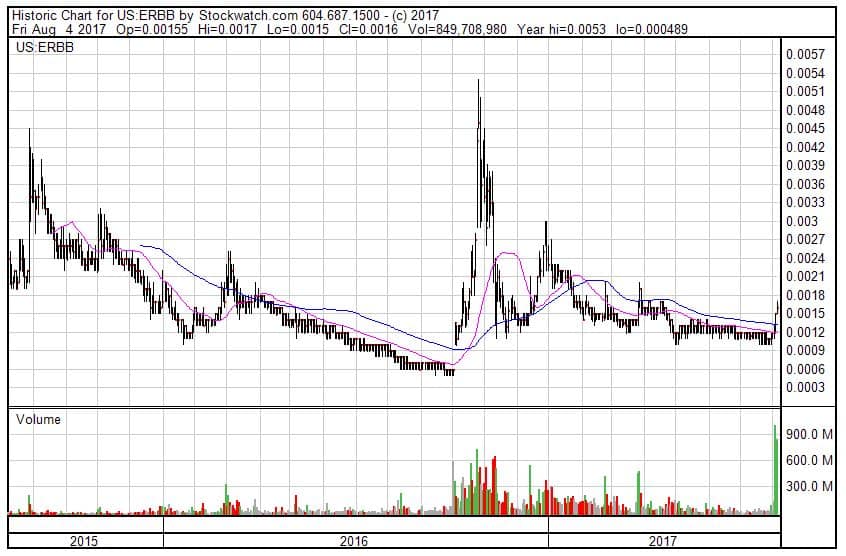 The volume over the past two days following the news release has been the highest ever in terms of the number of shares, with over 1 billion shares trading on Thursday as the stock reacted favorably to the news.

Investors should be extremely cautious, as the company, which doesn’t file with the SEC, doesn’t have the financial capacity to buy the town or develop the project. It has historically relied upon convertible notes to fund its money-losing operations, and they have extremely onerous terms, perhaps among the worst of any OTC borrower, as the note-holders have the right to convert at 50% of the 52-week closing low bid. This means that through the end of August, shares can be purchased at about $0.0003 per share  based on the closing low of $0.0006. Even after August, note-holders will be able to convert at $0.0005 through the end of July 2018.

Over the past five years, the company has had to boost the number of authorized shares several times, increasing it more than 1000% from May 2012 through October 2016.

Expect the company to increase the authorized shares again, as there were 13.9 billion shares issued as of March 31st, and it issued 2.5 billion shares in Q3 alone to pay off just $798K in debt (principal and interest).

American Green, with a market cap of $22mm but no net assets and regular operating losses, is on a serial dilution treadmill from which it is unlikely to escape anytime soon, even before taking on the additional expenses required for the Nipton project. The company has a long history of issuing exciting press releases but then not following through. Until the company cycles through the remaining convertible notes, its share-count will keep soaring, as the millions in debt will turn into literally tens of billions of shares.