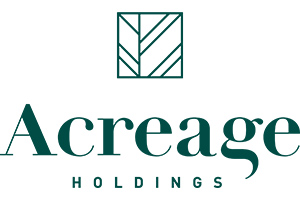 TORONTO and NEW YORK CITY — September 21, 2018 – Applied Inventions Management Corp. (“Applied”) and High Street Capital Partners, LLC (d/b/a Acreage Holdings) (“Acreage Holdings”), one of the United States’ largest vertically integrated U.S. cannabis companies, announced today that they have entered into a definitive business combination agreement (the “Combination Agreement”) pursuant to which, among other things, Acreage Holdings will complete a reverse take-over of Applied (the “Proposed Transaction”) and the securityholders of Acreage Holdings will hold substantially all of the outstanding securities of Applied following the Proposed Transaction (the “Resulting Issuer”).

Following an extensive review of strategic options, we believe an RTO best positions our company to maximize the large footprint, operational depth and powerful consumer brands that we are building. Accessing the capital markets will provide us additional financial resources to continue innovating, bringing consumers safe, predictable cannabis products, and providing them an exemplary customer experience. 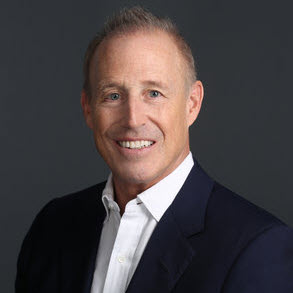 Details of the Proposed Transaction

Pursuant to the Combination Agreement, and upon the satisfaction or waiver of the conditions set out therein, the following, among other things, will be completed in connection with the consummation of the Proposed Transaction:

· all outstanding Acreage Holdings warrants will be amended for warrants of the Resulting Issuer; and

· the board of directors and management of the Resulting Issuer will be replaced with nominees of Acreage Holdings.

Following the completion of the Proposed Transaction, Mr. Kevin Murphy, the Chief Executive Officer of Acreage Holdings and the anticipated Chief Executive Officer of the Resulting Issuer will own all of the outstanding Class C Multiple Voting Share of Acreage Holdings, Inc., which is anticipated to represent up to approximately 86.2% of the total votes ascribed to all of the Resulting Issuer’s outstanding shares.

The Proposed Transaction is expected to close in November of 2018 and is subject to the conditions set out in the Combination Agreement, including obtaining the requisite approval of Acreage Holdings’ and Applied’s securityholders. Acreage Holdings and Michael Stein, the President and Chief Executive Officer of Applied and the holder of 20,337 Class A Subordinate Voting Shares and 7,637,678 Class B Multiple Voting Shares, have entered into a lock-up agreement, which provides that, among other things, Mr. Stein will vote all of his securities in favour of the Shareholder Approval Matters and will take all steps reasonably requested by Acreage Holdings to facilitate the completion of the Proposed Transaction.

Following the closing of the Proposed Transaction, the Resulting Issuer will be led by Kevin Murphy, Chief Executive Officer and Chairman of the Board, George Allen, President and Glen Leibowitz, Chief Financial Officer. The Resulting Issuer’s board of directors (the “Board”) is expected to be comprised of six representatives, all of whom will be nominated by Acreage Holdings. In addition to Mr. Murphy, Board seats will be filled by current Acreage Holdings Board of Advisors members, former Speaker of the U.S. House of Representatives, John Boehner and former Massachusetts Governor, Bill Weld.

An application has been made to list the Resulting Issuer’s subordinate voting shares on the Canadian Securities Exchange (the “Exchange”) upon completion of the Proposed Transaction. The listing will be subject to satisfying all of the Exchange’s initial listing requirements.

This Key Cannabis Market Just Had a Positive Development