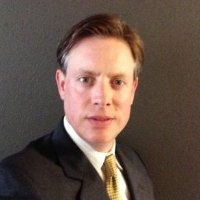 AB 266 is significant as it allows for-profit cannabis businesses to obtain medical marijuana state-issued licenses and permits cities and counties further regulatory oversight and licensing privileges, or dual-licensing. AB 266 also established the Bureau of Medical Marijuana Regulations (BMMR) as a part of the Department of Consumer Affairs. BMMR will be responsible to create, implement and monitor rules and regulations to support MMRSA. AB 266 establishes 17 different types of operational medical marijuana licenses – including dispensaries, cultivation centers, transporters, wholesalers, etc. There are limits on the number of licenses per licensee as well as the varying combinations of license types, or vertical integration.

AB 243 has a primary focus with rules and regulations related to the cultivation of medical marijuana, as well as environmental concerns and labeling requirements. Agencies focused on these areas will be the Departments of Food and Agriculture, Pesticide Regulation, Fish and Wildlife and the State Water Resources Control Board.

SB 643 deals with regulatory standards for physicians, doctors and applicant screening processes. Physicians and doctors may not abuse or overly recommend marijuana for approved medical use without having required “patient-doctor” relationship. They are not allowed to have direct or indirect financial interest in a dispensary to which they refer medical marijuana patients.

These three legislative bills include regulatory oversight, under BMMR, from the following state agencies:

These agencies are tasked with establishing rules and regulations for product traceability, testing standards, labeling and product safety, security and surveillance, business records required, anti-diversion programs and more. Given the inclusion of multiple agencies with regulatory oversight, managing and monitoring compliance for cannabis businesses will be of utmost importance.

Regulatory agencies in California have until January 2018 to establish the rules adopted in MMRSA. This includes the state and local level. The BMMR agency is in charge of overall oversight and coordination at the state level. The rule making proceedings are mandated to conclude within one year and scheduled to start toward the end of 2016.

On top of California’s state regulatory environment, each city and county will control licensing at the local level. This dual licensing system allows local agencies to ban and/or restrict licensing at the local level. Some of the most impactful regulatory rules and requirements will come from local legislators. A few cities have already developed fairly detailed local requirements, such as Los Angeles, Santa Ana and Santa Cruz.

How do cannabis businesses in California get ready? Get ahead of the regulatory curve and start with a compliance-centric business model. Know in advance the regulatory impacts for your business license types and various ownership rules. Limits or restrictions on types of vertical integration will have an impact on most cannabis business license types. With 17 license types upcoming, including new ones such as Distribution and Transport licenses, it will be imperative to understand the operational limits and confines of each. Success in California will start with regulatory and financial compliance.

Steve Owens has more than 15 years of software and executive management experience. He holds an International MBA and a Bachelor’s of Science in Finance from the University of South Carolina. He has worked for leading technology firms such as Oracle and Alcatel Lucent.

The Parent Company to Acquire Coastal for $16.2 Million Cash and Up to $40 Million in Stock