In 2018, Planet 13 Holdings (CSE: PLTH) (OTCQB: PLNHF) was just launching its Nevada superstore. Now, the Las Vegas store has become an entertainment complex, and the company is preparing to bring a superstore to California. Co-CEO Larry Scheffler and CFO Dennis Logan spoke with New Cannabis Ventures about pivoting to delivery-only in Nevada on a temporary basis, launching wholesale operations and Planet 13’s expansion plans. The audio of the entire conversation is available at the end of this written summary.

Over the past two years, the company’s board has undergone a few changes. Greg Wilson and Marc Lustig stepped down from the board, and Planet 13 welcomed Adrienne O’Neal to the board. O’Neal has a lot of experience in the Nevada market and in corporate governance.

Planet 13 has approximately 10 percent market share in Nevada with just one store. Its superstore has evolved into an entertainment complex with a dispensary, restaurant, event center and over-the-top special effects. The Planet 13 sign, backed by an 18-foot red sphere, has become one of the most photographed signs in Las Vegas, according to Scheffler. Inside, the superstore’s grand hallway takes visitors past a wall of glass where they can see into 3,500 square feet of Planet 13’s production facility. To add even more to the entertainment experience, the company is planning to bring two robots that will help load products and engage in a choreographed sword fight.

With a focus on grand entertainment Planet 13 is ripe for photo and video opportunities. The company is limited in its ability to advertise, but consumers are spreading the word on social media, according to Scheffler.

The company’s new production facility, opened in November 2019, significantly increases is capacity. Behind the consumer-facing portion of the facility is another 12,000 square feet of space where the company extracts and packages its products. Planet 13 has also invested in automation. It has the capacity to make 10,000 gummies per hour and can approximately 2.4 million beverages per year.

Prior to the onset of the COVID-19 pandemic, the superstore was drawing crowds of 3,500 people per day, with 2,000 actually making a purchase. With continued interest in the superstore (when it is allowed to reopen its doors), increased production capacity and a push to distribute branded products through the wholesale market, the company is aiming to increase its market share above 10 percent.

In response to COVID-19, Nevada’s cannabis market has transitioned to delivery-only. The Strip is closed and eerily empty of tourists. So, Planet 13 has pivoted to target local consumers. Previously, the company’s consumer base was only made up of only 14 percent locals–dispensaries further from the heavily trafficked Strip were more accessible. But, delivery has now allowed the company to target the local market.

Planet 13 had begun transitioning from a third-party delivery partner to in-house delivery in September. Now, it has 29 vehicles and 77 drivers. Over the next 10 or so days, the company will be hiring another 21 additional drivers. It has retrained budtenders to become drivers and moved people from the production facility to help handle the fulfillment of delivery orders.

While the state will eventually allow retail locations to reopen, the Planet 13 team is hoping to retain some of the local customers it has won during this period. Looking at the possibility of keeping only 50 percent of those customers, the company could still earn $75,000 per day, translating into $27 million per year in additional revenue, according to Scheffler.

Earlier in the year, Planet 13 launched a new division for its wholesale operations. The pandemic has put those plans on hold, but the team is optimistic about its current position. The production facility’s increased capacity means the company will be able to push about 50 percent of its own products into the superstore–it does not plan to go above that threshold in order to maintain variety for consumers. The company has also had the time to build up an inventory of products that it can push out into the market for sale in other dispensaries. 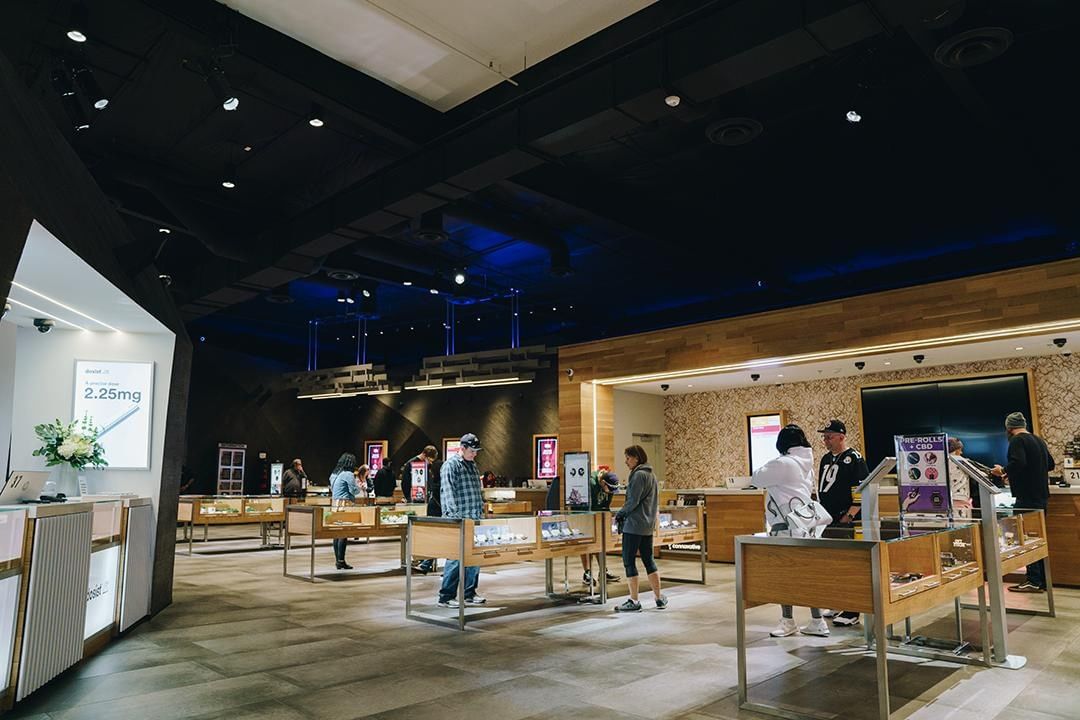 Expansion into California and Beyond

The company recently canceled and then renegotiated a deal to enter the California market. Initially, Planet 13 offered $6 million in cash and $4 million in stock for the Santa Ana acquisition. After the cancellation and renegotiation, the deal is now for a total of $5 million, with $1 million being in cash.

Beyond California, Planet 13 is considering states like Michigan, Illinois, Massachusetts, Arizona and Florida. Whether it will move into additional markets via acquisition or organic means will depend on the situation. The company has found promising locations in Miami and Boston, but it will need licenses there, according to Logan.

As of March 31, Planet 13 had $14 million in cash. Of that, $800,000 will go toward the Santa Ana deal, leaving $13.2 million in cash. As the company ramps up to more than $100,000 per day in deliveries, it should be cash flow positive, according to Logan. He sees the company as well-positioned to ride out the current storm and fulfill its current growth initiatives.

The company has 9.5 million warrants at C$1.40, set to expire in June. Depending on how the share price changes between now and June, all warrants coming in could mean an additional $10 million in funding. Taking a conservative outlook, the company is expecting a quarter of that, according to Logan.

For future capital needs, the company will likely continue to stay away from debt instruments. Instead, it will look to equity options or a unit deal.

Looking to the Future

While the pandemic creates uncertainty, Planet 13 is looking forward to growth in 2021. Important metrics to track include the number of tickers per day, amount per ticket, gross margin and EBITDA, according to Logan.

Before the stay-at-home order came down, Planet 13 had added 15 cash registers, taking the total to almost 50, to handle the volume of consumers in its superstore. The company has only been serving about 3 percent of the tourists in Las Vegas, which means there is significant room for growth, according to Scheffler.

Planet 13’s wholesale operations, increased flower production, the possibility of securing a license for its Clark County location and expanding the superstore business all represent opportunities for growth. As it moves into new markets, the company is focused on finding, training and keeping good people for its team.