Visit the Goodness Growth Investor Dashboard and stay up to date with data-driven, fact based due diligence for active traders and investors.

Increasing patient enrollment in Minnesota and New York continued contributing to organic revenue growth during the second quarter, and wholesale demand trends in Maryland and Pennsylvania have also been encouraging signs that our products can compete effectively within a broader marketplace. 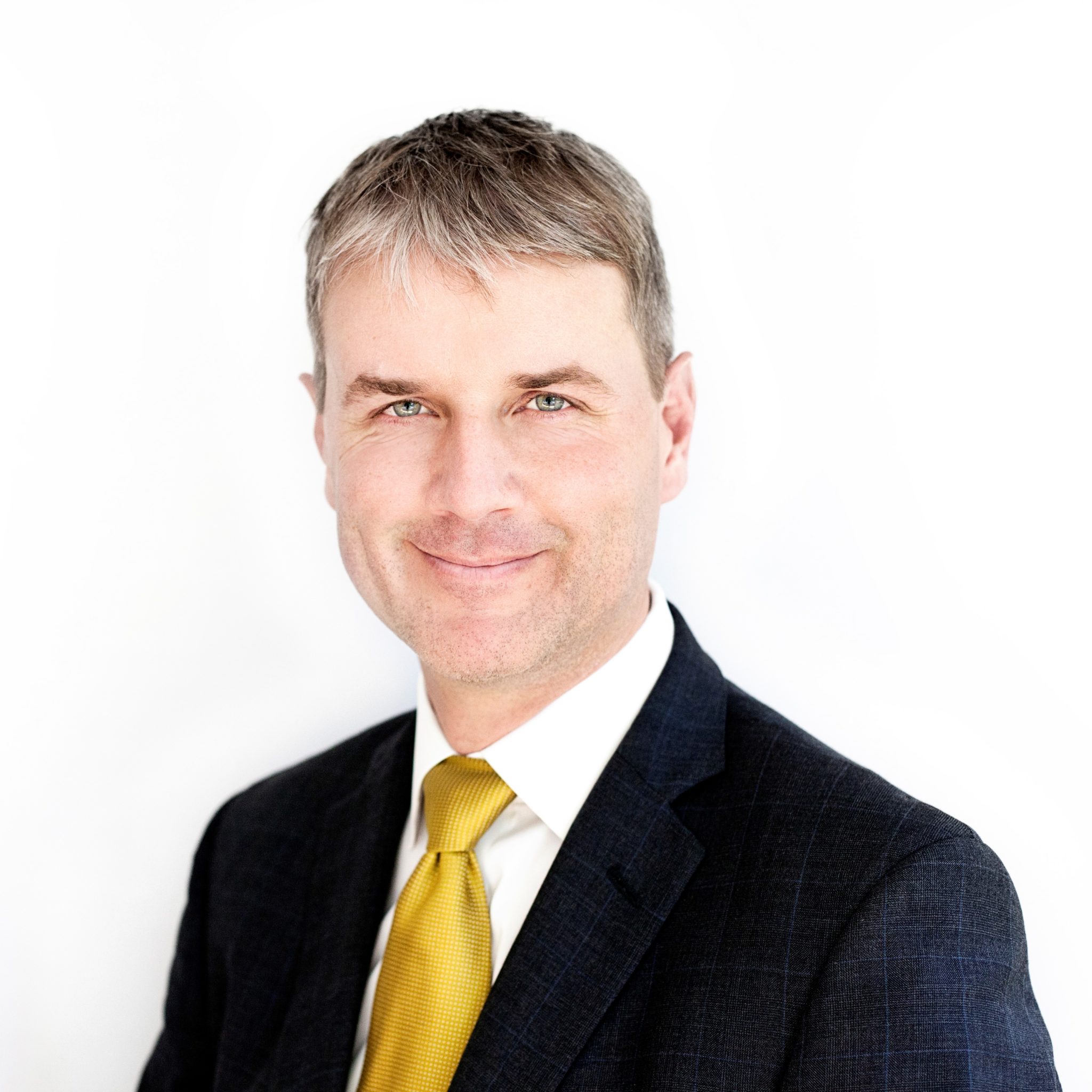 We’re also making substantial progress on many of the development projects that we outlined earlier this year, and we remain confident that our focus on bringing the best of medicine, science, and engineering to the cannabis industry will create compelling long-term value for all of our stakeholders.

Dr. Kingsley continued, “We continue to believe that Vireo’s diverse collection of geographical licenses and strategic assets represents one of the most attractive cannabis portfolios within the United States, and we’re looking forward to showcasing the great potential of these assets as we continue expanding geographic operations during the second half of this year and begin realizing additional revenue streams from new state markets and product categories.”

Total revenue for Q2 2019 was $7.2 million, up 70 percent from $4.2 million in Q2 2018. Revenue growth was driven by increased patient counts in the states of Minnesota and New York, as well as wholesale revenue generation in the states of Maryland and Pennsylvania, and contributions from recently closed acquisitions in Arizona and New Mexico.

Total other expense was $2.4 million during Q2 2019. These non-operating expenses primarily reflect interest expense from the capital leases of the cultivation and manufacturing facilities in New York, Minnesota, Ohio, and Pennsylvania, inventory adjustments in Maryland and Pennsylvania, and costs related to acquisitions in Nevada, Puerto Rico and Rhode Island.

Discussion of Share Lock-ups and Voluntary Extensions by Insiders

The Company also announced today that members of its executive management team and board of directors have entered into long-term equity lock-up agreements. As part of these agreements, executive leaders and directors of the Company, have entered into voluntary extensions of share and options lock-up periods, with controlled releases lasting through August 1, 2021.

Under the terms of this new lock-up agreement, shares and vested options grants of the participating holders will begin releasing in five percent increments on a monthly basis beginning on September 1, 2020. On January 1, 2021, release increments are scheduled to increase to 10.0 percent of the original share and options amounts until the final portion of locked-up shares is released on August 1, 2021. Vireo management expects additional shareholder commitments to voluntary extensions of lock-up agreements during the first half of September.

As a result of these circumstances, the Company does not anticipate selling activity to materialize in the public equity markets on behalf of U.S. resident shareholders currently holding Multiple Voting Shares of the Company, as conversion requests to the trading class of Subordinate Voting Shares are required to be rejected for the foreseeable future.

On July 1, 2019, the Company’s promotion of Christian Gonzalez to the position of Vice President of enterprise-wide Manufacturing became effective. Mr. Gonzalez had previously been serving as the General Manager of Vireo’s Pennsylvania operations and has 15 years of combined manufacturing experience across the pharmaceutical, medical device, cannabis, and aerospace and defense industries.

On August 15, 2019, the Company announced that its affiliate, Ohio Medical Solutions (“OMS”), was granted a Certificate of Operation by the Ohio Department of Commerce and that it would begin operating immediately. OMS had previously been awarded a provisional processing license. As of that date, Vireo was one of only five licensed processors operational in the State of Ohio.

During the third quarter of fiscal year 2019, the Company introduced new product form factors in its Maryland wholesale channel, including whole-plant rosin extracts and a low-THC pre-roll offering. These new product introductions followed the addition of vegetarian soft gel capsules in the Pennsylvania market late in the second quarter.

Dr. Kingsley commented, “We expect revenue growth to improve during the second half of the year as we continue opening new dispensaries and complete various cultivation and manufacturing development projects, but some uncertainty regarding the timing of regulatory approvals in many of our state-based markets has caused us to revise our year-end target of total operational dispensaries to a range of 16 to 20 dispensaries.”

During fiscal year 2019, Vireo continues to expect to conduct the following development activities:

Additional information relating to the Company’s second quarter 2019 results is available on SEDAR at www.sedar.com. Vireo Health refers to certain non-IFRS financial measures such as adjusted net income, Earnings Before Interest, Taxes, Depreciation and Amortization (EBITDA) and adjusted EBITDA (defined as earnings before interest, taxes, depreciation, amortization, less certain non-cash equity compensation expense, one-time transaction fees, and other non-cash items. These measures do not have any standardized meaning prescribed by IFRS and may not be comparable to similar measures presented by other issuers. Please see the Supplemental Information and Reconciliation of Non-IFRS Financial Measures at the end of this news release for more detailed information regarding non-IFRS financial measures. 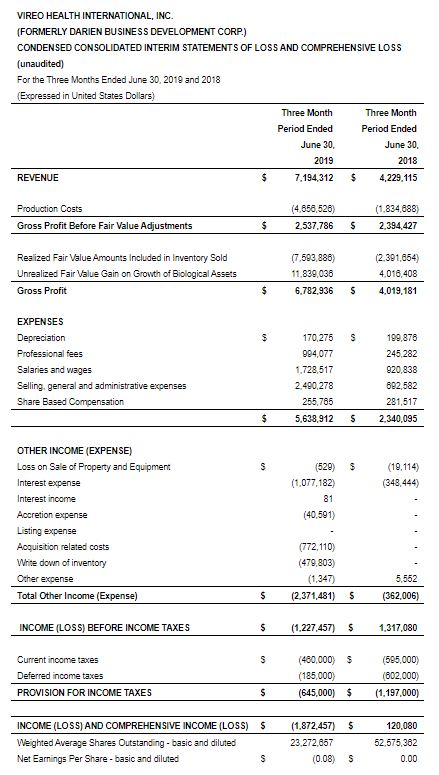 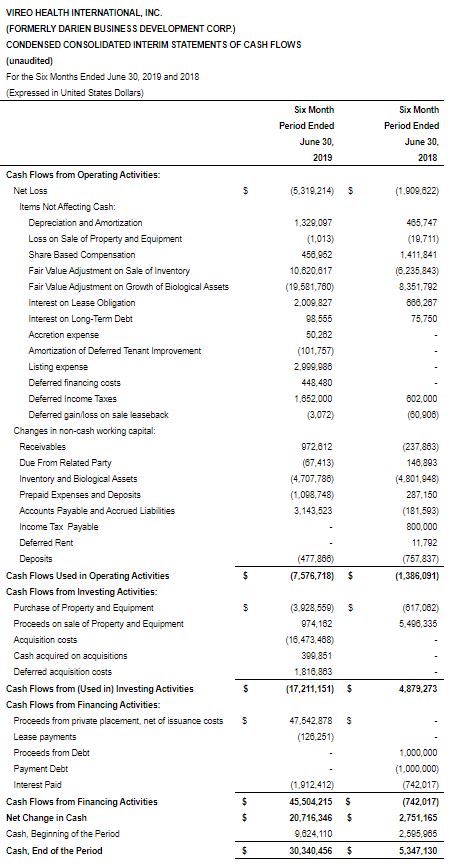 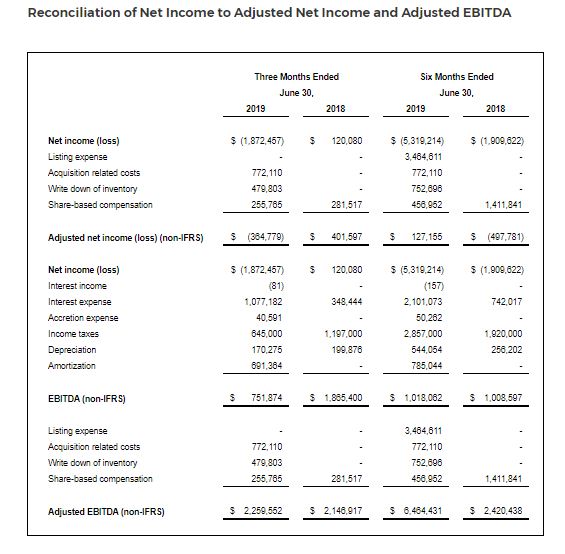