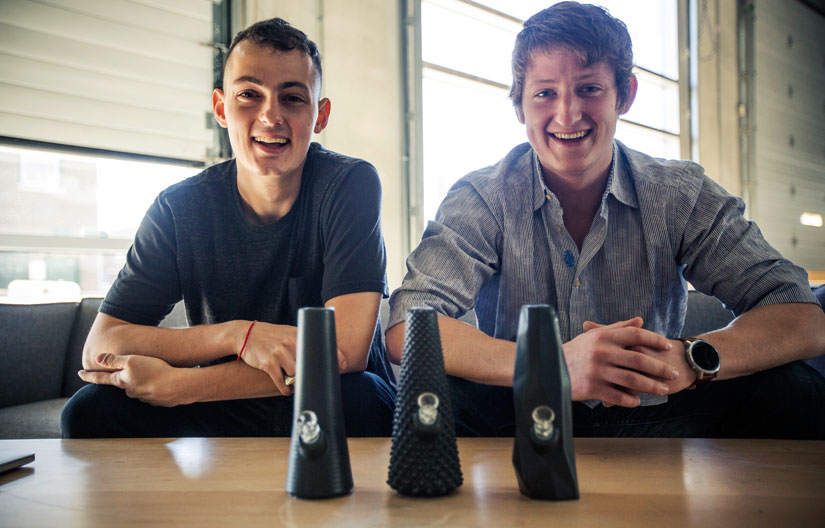 “We think of these as pieces of functional sculpture. They’re made to exist and enhance the  space we inhabit, not to be tucked away in a cabinet or in a shoebox under your bed,” Printabowl co-Director Saul Jacobs said. “We’re excited to be a part of further introducing this aspect of counterculture into everyday life.”

ABOUT 3D PRINTING: 3D Printing is a technique that turns a computer-generated, three-dimensional model into a physical object, most often by sequentially layering matter. Printabowl utilizes ceramic 3D printing technology to challenge design limitations previously imposed by conventional production methods, producing visually evolved pieces as a result. Printabowl uses a 3D-printed ceramic molding process to ensure the highest attainable material quality. Printabowl’s models are printed as molds, which are then filled with ceramic material and left to harden. The mold is then removed before the hardened objects are fired in a kiln, glazed, then fired again to produce the finished piece. 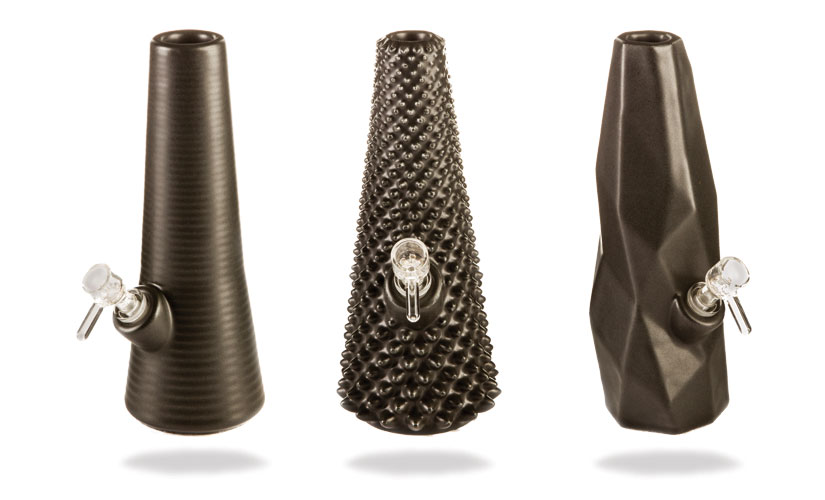 Ferro, ceramic, 7.75 in, 19.68 cm, closed edition of 10, $325 – Inspired from ferrofluid, a dynamic liquid reactive to magnetic forces, Ferro acts as a prologue to the design possibilities excited by 3D printing with a pronounced textural appeal.

Separated by two years, Al and Saul Jacobs (ages 26 and 24) developed Printabowl while pursuing art degrees (in creative writing and interdisciplinary visual arts, respectively) at the University of Washington in Seattle. Inspired by a science-centered course on creativity and innovation, Al & Saul started Printabowl to nourish their shared appreciation of design in lieu of Washington state’s recreational cannabis legalization. Both brothers are musicians who frequently collaborate.