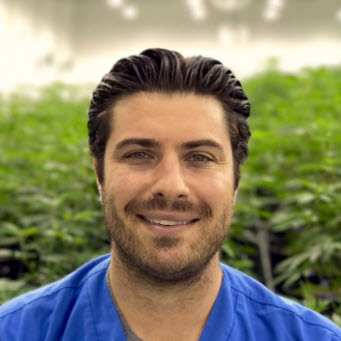 Armen Yemenidjian gave up his gaming license to start Integral Associates in Nevada. Today, that company is recognized as Essence Cannabis Dispensary. Yemenidjian spoke with New Cannabis Ventures about taking the company to a multi-state platform, launching an on-site consumption lounge in California and the pending Green Thumb Industries’ $290 million acquisition of Integral.

Together, Yemenidjian and Integral’s two other partners have a combined 40 to 50 years of experience working in regulated markets. Yemenidjian was working as the Vice President of Casino Marketing and Operations at the Tropicana Hotel and Casino and Las Vegas when he decided to transition to the cannabis space.

Yemenidjian flew to Colorado and other states with medical and recreational programs to better understand the space. Although it was a big decision to sacrifice his gaming license, he didn’t consider it a difficult decision. He sees numerous parallels between the gaming and cannabis industries and leverages his past experience to find success in this new market.

Essence has three dispensaries and approximately 100,000 square feet of cultivation space in Nevada, which produces roughly 20,000 pounds of cannabis on an annual basis. The company is set to grow its Nevada footprint with eight new dispensary licenses awarded in December 2018.

The Essence brand is in the midst of an evolution. Initially, the company started with the sole focus on medical cannabis, but now it is shifting to include a recreational focus. Within the next six months, two of the company’s three Nevada dispensaries will reflect a redesigned model. While the brand is changing, the company will remain focused on the core principles of creating a hospitable environment with a wide variety of high-quality products, according to Yemenidjian.

Beyond Nevada, Essence is actively expanding into the California market. Late last year, the company won licenses for adult-use retail, delivery, and on-site consumption in West Hollywood. The company is also in the process of obtaining licenses in Culver City and Pasadena. Other areas of interest include Los Angeles, San Diego, and Orange County.

On-site consumption has yet to become a widely accepted model, but regulations are moving forward at a rapid rate. Just as the alcohol and restaurant industries offer consumers experiences, Yemenidjian sees the same happening in cannabis. The company’s West Hollywood lounge gives it an early start in the on-site experience space, and he hopes to take that model to other markets. Already southern Nevada, including Clark County and Las Vegas, are discussing the legalization of consumption lounges, according to Yemenidjian.

While Essence is busily working on becoming a multi-state operator, another big change is just around the corner. Last year, Green Thumb Industries (GTI) announced the pending acquisition of Integral Associates, and the transaction is expected to close in the next 30 to 60 days, according to Yemenidjian.

Following the close of the deal, Yemenidjian will transition to President of the company. As he takes on this new role, he expects to see his responsibilities shift from that of an entrepreneur touching every single aspect of a startup business to a more strategic place.

Essence has had exposure to a number of big players in the cannabis industry’s M&A space, but GTI offers a complementary asset base and leadership view, according to Yemenidjian. The majority of GTI’s current assets are in the Midwest and on the East Coast, while the acquisition of Integral gives the company access to the major markets of California and Nevada. Plus, Yemenidjian finds he has a shared vision with GTI CEO Ben Kovler and GTI CFO Anthony Georgiadis.

Going forward, the combined companies and leadership teams will determine how the Essence brand and GTI’s Rise brand will work together, either as two retail brands or one. While the brand strategy has yet to be solidified, GTI has aggressive plans to open 80-plus stores within the next 18 to 24 months, according to Yemenidjian.

In the remainder of the year, Essence will be focused on securing locations for its eight new dispensary licenses in Nevada and leveraging GTI’s corporate infrastructure to become more streamlined and efficient.

To learn more, visit the Essence website. Listen to the entire interview: