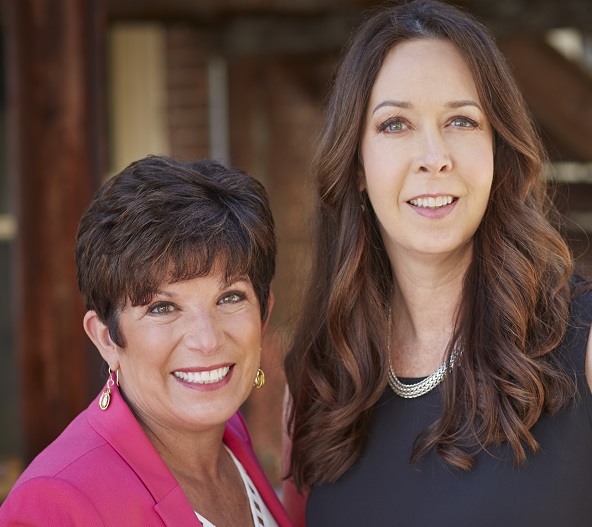 Cannabis brand Blissiva is “designed by women for women,” according to Co-Founder Dr. Leslie Apgar. Dr. Apgar, a board-certified OB-GYN, and long-time entrepreneur Gina Dubbé started the cannabis brand together in Maryland, but they are planning to roll out Blissiva in more markets. The two co-founders spoke with New Cannabis Ventures about serving women in the cannabis industry, the company’s licensing agreement with iAnthus and their product portfolio. The audio of the entire conversation is available at the end of this written summary.

Dr. Apgar grew up on the West Coast but came east to attend medical school. After finishing her residency, she joined a practice in the Baltimore region. Over two decades, she listened to women talk about what ailed them and found herself dissatisfied with traditional medicine.

Dubbé’s background is rooted in engineering. She earned bachelor’s and master’s degrees in the space before moving on to venture capital. She retired after selling her last company, but that didn’t last long.

In 2015, Dr. Apgar and Dubbé were approached to bid on a dispensary, and they entered the cannabis space without looking back. Dr. Apgar lends her medical experience to the front-end of the business, while Dubbé uses her expertise to manage the back-end. Today, Blissiva employs approximately 20 people from a wide variety of backgrounds.

In addition to the company’s Maryland footprint, it has a licensing agreement with the multi-state operator iAnthus. Through the agreement, iAnthus will be able to manufacture, market, and sell Blissiva products in Maryland and 10 additional states.

Federal illegality makes brand expansion a state-by-state effort, and Dr. Apgar and Dubbé are planning to be in six states by the end of next year. The Blissiva team has also had discussions with players outside of the country, opening the door to potential international expansion.

The Balance Pen was the company’s first product. The discrete, disposable vape pen is designed for anxiety and sleeplessness and comes in two different flavors. The Soothe product, set to launch within the next two weeks, is designed for day-time use and pain management. Over the summer, Blissiva will be launching Smolder, its product for sex and libido. The company is also working on developing and rolling out a product focused on healing.

The average patient age at the company’s dispensary is 60 years. While the Blissiva brand is designed for women, the brand does have male users (about 20 percent). The Balance Pen may be marketed to women, but nothing is stopping men from having the same experience with the product, according to Dr. Apgar.

The company’s products have created an opportunity for education amid the news of the vaping crisis. Maryland has a strenuous testing program for cannabis products, and the Blissiva team knows exactly what is going into its products. The company’s team encourages consumers to buy products from the regulated industry, which have a certificate of analysis, rather than those that come from the black market.

Blissiva is planning to add products such as tinctures and edibles–Dr. Apgar is interested in the oral administration of cannabis–but the company is waiting for Maryland regulations to allow these options.

Women in the Cannabis Industry

When Dubbé and Dr. Apgar started Blissiva, they saw women as an underserved part of the cannabis market. Today, they still see most of the market being geared toward male consumers.

Over time, other companies will likely develop brands targeted at women, but Dr. Apgar believes Blissiva has a competitive advantage in her 20 years of hands-on clinical experience and Dubbé’s successful business track record.

The Blissiva co-founders acknowledge that the industry is still largely dominated by men, but they hope more women will enter the cannabis business.

Dubbé’s background in venture capital laid the groundwork for funding Blissiva. A few phone calls led to funding for the dispensary and the brand. A combination of bootstrapping and organic growth is further helping to support the company, according to Dubbé.

When the company needs more capital, the co-founders are interested in investors who allow them to retain product direction. Dr. Apgar and Dubbé are not willing to concede control of product development.

This year, the company has achieved approximately 1.5 times the expected revenue, according to Dubbé. As the company grows, she recommends investors watch market adoption, state expansion, and revenue growth. Blissiva is seeking to launch on a national level. With that in mind, the company’s path will likely lead to a merger with a larger company that has that kind of scale.

The Need for Education and Research

Dr. Apgar is keen on the importance of education in the space, for both patients and physicians. She is looking forward to the time when cannabis will be able to undergo clinical trials to substantiate medical claims.

To learn more, visit the Blissiva website. Listen to the entire interview: