VANCOUVER, Nov. 28, 2018 /PRNewswire/ – 1933 Industries Inc. (the “Company” or “1933 Industries”) (CSE: TGIF) (OTCQB: TGIFF), a licensed cultivator and producer of cannabis flower and concentrates and manufacturer of hemp/CBD wellness products, is pleased to announce financials for the fourth quarter and the year ending July 31st, 2018. All amounts expressed are in Canadian dollars unless stated otherwise.

We are very pleased with the results of our first full year of operations as a public entity and we have experienced substantial growth through our operating subsidiaries. 1933 has invested significant capital in building out our new cultivation and production facilities in Las Vegas, which will be operational in the new year. 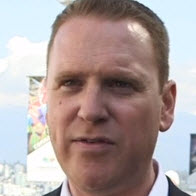 The Company is actively expanding its footprint in Nevada, California, Colorado and is currently evaluating opportunities in other legal jurisdictions. 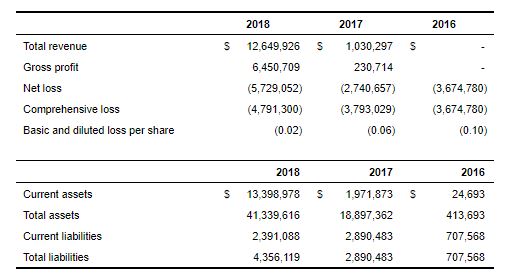 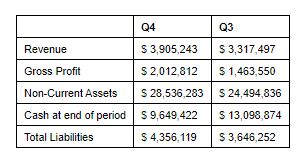 Detailed information on the financials and the management’s discussion and analysis can be found at https://sedar.com/