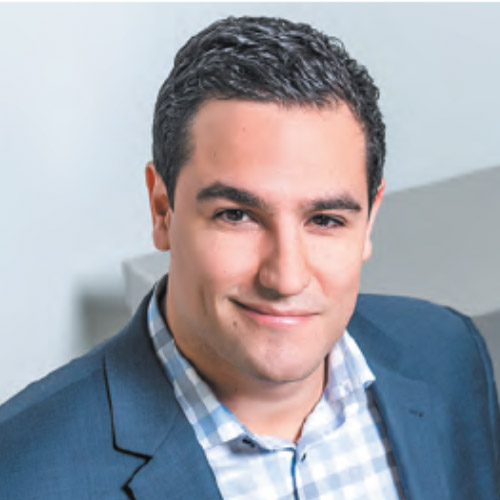 Private investment firm Green Acre Capital has already deployed over $15 million into private companies in the Canadian cannabis sector over the past year, though little of it was invested in companies that actually cultivate. Managing Director Matt Shalhoub spoke with New Cannabis Ventures about the firm’s unique position as one of the few investment vehicles focusing on the ancillary space, progress made on Fund I and plans for Fund II.

Shalhoub, an early investor in Aphria, first started seeing cannabis industry investment opportunities in late 2013 and early 2014 when medical regulations in Canada shifted to allow commercial operations, and he started getting to know the industry. Two years ago, he made the decision to dedicate all of his time to the cannabis industry. The Green Acre Capital team also includes managing director Tyler Stuart and a four-member advisory board that includes investor Shawn Dym, Aphria CEO Vic Neufeld, Lorne Gertner and W. Brett Wilson. York Plains Investment Corp. also provides guidance as a partner and lead investor in Fund I.

Green Acre Capital, which targets investment of about $2 million per company, looks beyond seed stage but acts as a relatively early investor, according to Shalhoub. The firm purposefully has limited its investments in cultivation, which has seen large capital flows, and focuses on what it sees as a neglected ancillary space. Green Acre has no issue with direct cannabis companies and will consider retail, processing, or extraction companies.

One of the firm’s early investments was in Tokyo Smoke, which merged with a publically traded producer to become Hiku Brands (CSE: HIKU) (OTC: DJACF). Green Acre was attracted to its focus on building a retail cannabis brand. Shalhoub mentioned other key investments Ample Organics, a seed-to-sale software solution that has a sizeable chunk of Canada’s LPs on its platform, smoke shop distributor B.O.B. Headquarters and Anandia Labs, a cannabis testing company that is also conducting research into cannabis genetics.

Just last month, Green Acre Capital, along with Casa Verde, led Green Tank Technologies’ C$4.3 million capital raise. Green Tank has two business components, including a B2B software connecting ancillary space cannabis companies and oil vaporizer technology. Shalhoub, who foresees a shift away from the flower and toward concentrates and infused products, a key investment thesis for Green Acre, believes Green Tank is well-positioned to be a leading player in the vaporizer space.

Green Acre Capital raised $25 million through its Fund I and has deployed approximately 60 percent of that into eight companies. Shalhoub expects the firm will invest its remaining capital in Fund I this year into four or five companies and expects to launch Fund II by the end of the year. With no shortage of deal flow in Canada, Fund II will follow a similar strategy to Fund I, but Shalhoub will be more open to the idea of international investment for this fund. The top international markets the firm will consider include Australia, Germany, and Israel, countries where federal legalization is progressing. He does not discount U.S.-based deals, but that has yet to become a top priority.

Shalhoub is confident that the Canadian market will be a long-term global leader in the cannabis space, the country others will look to for shaping their markets and creating regulatory frameworks, and he expects that the average investor will be able to participate in retail and ancillary opportunities in the coming years after full legalization in Canada.