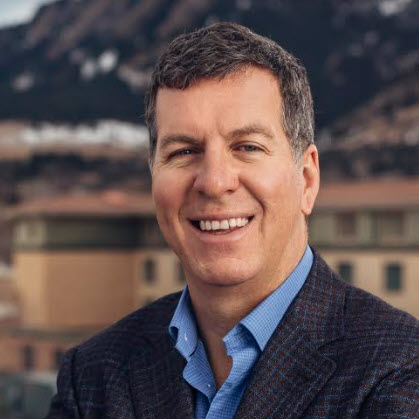 State, by state, by state: Rules and regulations vary widely, as 36 states have now launched some level of adult-use or medical cannabis legalization.

The constant and well-intended approach: Each state trying to cherry-pick the “best parts” of other states’ programs.

The inadvertent result: Repeating mistakes that make a market less than optimal with regulations that are not practical for operators and create a non-viable economic environment.

New states keep asking other existing states for guidance — when they should be asking existing operators for guidance instead — so shortcomings are just photocopied over and over again. No state stands out as the model program, but as federal-level consideration is becoming increasingly likely, there are a multitude of lessons that need to be learned.

Getting license allocation right for the particular state’s market dynamics reduces supply and demand imbalances, allows business owners to predict market share, and sets up the overall program for success. No limit on the number of licenses causes as much chaos as does over-limitation.

Federal program developers should look to these states for how each scenario plays out:

Colorado and California cannabis programs have clearly shown that a high amount of regulation is successful. With strict regulation and enforcement, operators follow the rules and people get safe and consistent cannabis products.

Limitations on product types can tank a market. Allowing only oil — like Virginia, Texas, and soon-to-be Georgia — makes for a program that is not economically viable.

Equity and Barriers to Entry

One of the most significant missteps of early states was requiring clean criminal records for business owners and employees in the industry. This barrier to entry mired important equity-focused efforts in misguided bureaucracy instead of providing opportunity to populations most harmed by cannabis prohibition. Newer state programs have learned from this early lesson and federal efforts should heed this adjustment.

In a perfect world, federal legislation would include consideration for these five elements:

Descheduling — as opposed to rescheduling — is a must. Neither the FDA nor DEA should not be involved, which a reschedule would perpetuate. The federal government should get out of the way and allow each state to make its own determination based on market dynamics. Cannabis is doing great without the federal interference, so don’t break it.

A significant hindrance from federal prohibition is the persistence of illegal interstate commerce. Federal legalization must allow interstate sales and operations to level supply and demand and allow for economies of scale. Put the responsibility on each state to determine the technicalities versus adding an onerous layer of federal-level regulation.

Federal legalization should also allow export of cannabis materials and products, so that the U.S. can take its place as a global leader in what has the potential to become the next great American industry. There is no time to waste here. Other countries stand to take the lead and the opportunity cost would be a significant loss to the U.S. economy.

A federal program would be remiss without imposing a national tax on cannabis. The funds should be dedicated to social equity grants, low-interest loans, youth education and prevention, and counseling and rehabilitation services for those with an unhealthy relationship to cannabis.

Nationwide automatic expungement and incarcerated person immediate release would ideally also be a must, but may be a harder sell.

If the federal government refuses to get out the way, then the next best option is following the hemp model wherein states apply to the federal government for approval of their plan. In this scenario, they could lay out guidelines for cannabis testing, inspections and enforcement, advertising, and youth prevention.

For crafting legalization parameters that are practical and tested, the federal government should get input from existing operators from across the nation on what is working — and maybe more importantly, understand what is not working. Which regulations have caused supply issues or operational headaches? Which ones allow for fair competition and non-volatile market dynamics? They should ask not only the large multi-state operators but also the locally owned small businesses in states that vary in market maturity and level of success.

Ultimately, the feds don’t need to look to any one state to emulate, because their role should be different than any state, and that role should be very minimal.

The overall lesson: Look to current operators for input on which elements support thriving cannabis programs — for both consumers and the business owners – and which elements cause operational nightmares, supply imbalances, and lack of optimal access for patients and consumers.

Legalize it, tax it, and leave it to the states.

Jay Czarkowski is an influential cannabis entrepreneur, investor, and advocate. A well-connected and respected industry insider, Jay and his team have helped build cannabis businesses in 31 states and internationally. As Founding Partner at Canna Advisors, Jay forges new avenues in the legal cannabis market with informed agility and strategic sophistication.

A foremost authority on real estate development and cultivation design, Jay has held a commercial general contractor license since 2002. Working on multiple cannabis design projects throughout the U.S., Canada, and Puerto Rico, Jay focuses on highly automated, sustainable facilities with a niche in the greenhouse sector.

Known for applying proven business tactics to unchartered territory, Jay has created a diverse vendor network at Canna Advisors with high-profile partners and serves on the board of multiple cannabis businesses.