In Part 2 of Cannabiz Media’s series about marijuana licenses in California, we’ll take a look at California’s cultivation licenses. If you missed Part 1 of the series, which provided a detailed overview of marijuana licensing in California in 2018, you can follow the preceding link to read it now.

The California Department of Food and Agriculture (CDFA) is responsible for regulating cannabis cultivation in the state. CalCannabis Cultivation Licensing is a division of the CDFA. It handles the licensing and regulating of commercial marijuana cultivators and manages the track-and-trace system, which tracks cannabis from seed to sale. Currently, there are 690 adult-use cultivation licenses and 1,682 medical licenses in California according to the Cannabiz Media License Database. 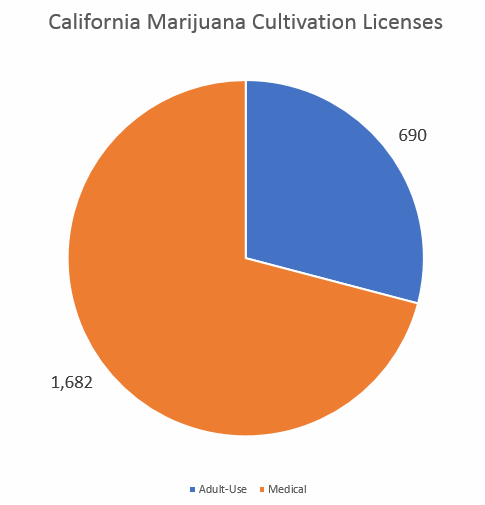 There are several types of marijuana cultivation licenses in California which are based on two things:

The table below provides details about each of these licenses by size. 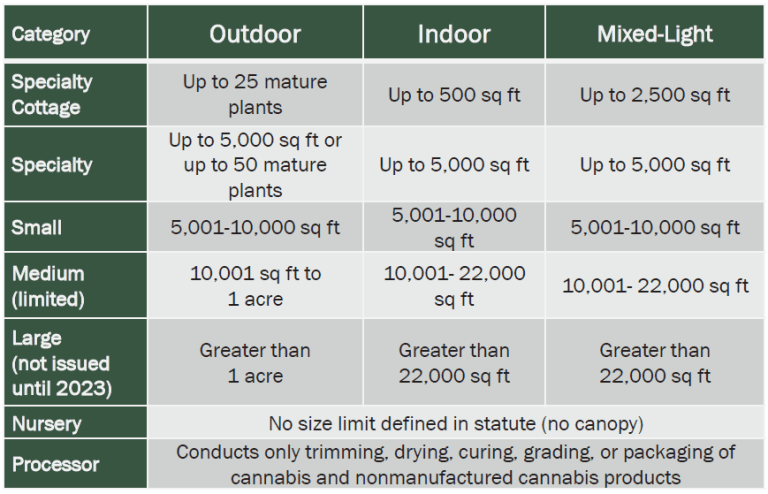 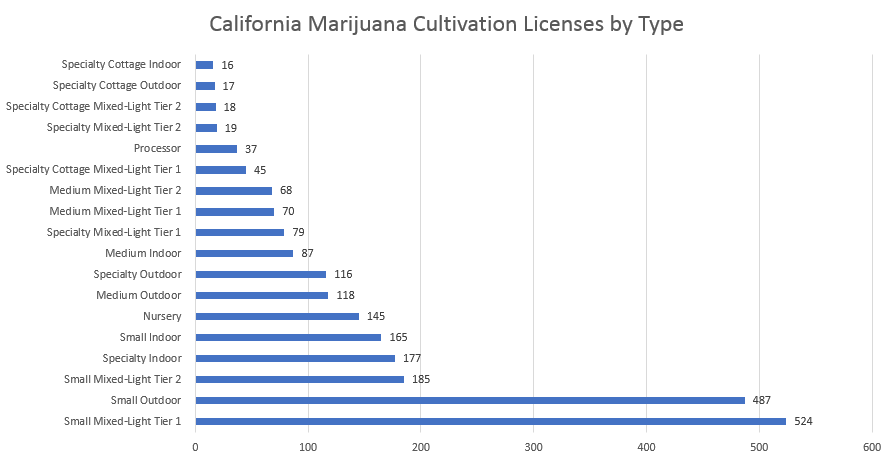 Based on calculations performed by the Cannabiz Media team, the total estimated fee revenue (i.e., application fees plus license fees) that California will generate based on the 2,373 cultivation licenses tracked in the Cannabiz Media License Database is over $42 million.

Where are California’s Marijuana Cultivation Licenses

Of the 58 counties in California, 31 have cultivation licenses, and 90% of those licenses are in just 10 counties: Santa Barbara, Humboldt, Medocino, Monterey, Calaveras, Los Angeles, Trinity (4%), Riverside (4%), Sacramento (2%), and Sonoma (2%).

Who Has the Cultivation Licenses in California?

The 2,372 cultivation licenses in the state of California are held by 1,206 owners. In total, 833 license holders hold just one license each. Twenty-four license holders hold 10 or more licenses (double-digit), and one company holds triple digit licenses. That company is Central Coast Farmer’s Market Management, LLC.

Based on the license fees reported by the state, Central Coast Farmer’s Market Management, LLC would have to pay $1.3 million in application fees and license fees for its 113 cultivation licenses.

Cannabiz Media is tracking more than 3,500 marijuana licenses in its database, and 49% of them are cultivator licenses. In other words, marijuana cultivation is extremely important to California’s economy and the marijuana industry as a whole.

While certain counties are hotbeds for cannabis cultivation and some companies are positioning themselves to be market leaders, other states are watching closely so they can learn from the Golden State. At the same time, other companies are watching to see how they can get into the California marijuana industry and when they should do it.

Stay tuned to the Cannabiz Media blog for Part 3 of the Marijuana Licenses in California series. In that post, we’ll dive into manufacturing licenses.