Building a cannabis empire in the United States is no easy task given the many obstacles created by federal illegality of the plant. Access to banking, an inability to scale operations by shipping across state lines and the tax burden of 280E are just a few of these challenges.  Adding to these impediments, most states limit the number of licenses offered, making it easy to see why there is no dominant coast-to-coast cannabis retailer yet. Despite these challenges, we are beginning to see some very large, medically-focused operators who have been able to build their business state by state.

While there is a lot of uncertainty regarding how the Trump Administration will deal with enforcement of the Controlled Substances Act (CSA), it seems highly unlikely that the proliferation of medical cannabis state by state will be impeded. Here are some of the companies that have impressed us at New Cannabis Ventures with their ability to raise capital and to operate in multiple states, winning licenses to operate vertically integrated businesses that cultivate, process and sell medical cannabis products. 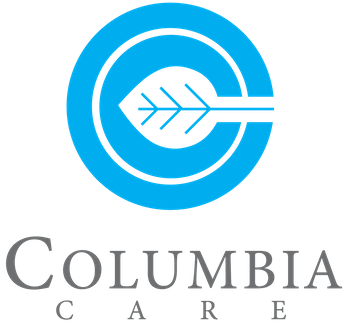 Columbia Care, headed by former Goldman Sachs investment banker CEO Nicholas Vita, has the biggest footprint of any of the companies we discuss in this article, with operations in Arizona, Massachusetts (Patriot Care), New York, Illinois, Washington, D.C., California, Delaware and Puerto Rico. The company introduced the world’s first solid-fill, controlled dose cannabinoid capsules in October in New York, and it intends to expand distribution to other states in 2017.

Green Thumb Industries (GTI) operates cultivation, processing and dispensing facilities in Illinois, where it is based, and in Massachusetts and Nevada, and it won a dispensary license in Maryland, where it is also disputing the cultivation selection process. The leadership team includes Chairman Ben Kovler, who manages a family office and family foundation, and CEO Pete Kadens, who sold SoCore Energy to Edison International.  Former NFL player Eugene Monroe is a Partner as well. The company, which recently raised almost $10mm for GTI Investments, has partnered with The Clinic of Colorado on the retail side.

Harvest, Inc. is based in Arizona, where it operates a dispensary in Tempe and in Scottsdale and  cultivation facilities in Flagstaff and Camp Verde. The company is the exclusive manufacturer of Bhang Chocolate in the state as well.  It has minority ownership in six dispensary, four cultivation and four production licenses in Nevada, where it operates two of the dispensaries, and three dispensaries in Illinois. Harvest is building a 105K sq. ft. cultivation facility in Hancock, Maryland and will operate a dispensary in Rockville.

PharmaCann operates two cultivation facilities in Illinois, where it is based, and one in New York, using the PharmaCannis brand for its 4 dispensaries in each state. The company recently sold its New York cultivation facility to REIT Innovative Industrial Properties (NYSE: IIPR) for $30mm as part of a sales/leaseback transaction.

The only publicly-traded multi-state vertically integrated medical cannabis company at this time is Terra Tech (OTC: TRTC), which was expanding the IVXX brand in California while building out its four Nevada dispensaries when it acquired Blüm Oakland on April 1. In 2017, it will be opening its second Bay Area dispensary, Blüm San Leandro, and CEO Derek Peterson has repeatedly suggested that the company intends to make additional acquisitions. On the conference call in November following the release of its Q3 financials, Peterson also suggested the company is interested in Florida following the approval of Amendment 2.

Vireo Health won one of the two Minnesota licenses awarded in 2014 and then one of the five New York licenses awarded in 2015, operating in two of the states with among the most restrictive medical cannabis programs (only extracts, limited qualifying conditions), and it will be opening a cultivation and processing facility and a dispensary in Maryland, MaryMed, LLC, in District 21 (Anne Arundel & Prince George’s Counties). The company is led by CEO Kyle Kingsley, a medical doctor from Minnesota. One of the more interesting developments has been its licensing of Ligand Pharma’s (NASDAQ: LGND) Captisol, which it intends to utilize as it becomes the first state-licensed company to develop proprietary FDA-approved cannabinoid-based medicines.