Entrepreneurs in the legal cannabis industry never seem to catch a break, but a judge in Denver ruled today in favor of LivWell Enlightened Health, which had been sued by two individuals over a pesticide recall.  Product liability became a new issue for the industry following a rash of recalls over the past several months.

Denver District Judge J. Eric Eliff said the consumers — one of them a medical-card holder with a brain tumor — couldn’t sue because they bought the pot and used it without repercussion.

Brandan Flores and Brandie Larrabee alleged LivWell had inappropriately used Eagle 20, a heavy-hitting pesticide with myclobutanil that kills a variety of pests endangering the plants, and had overpaid for the marijuana.

LivWell, one of the largest chains of dispensaries in the state, believes that it was targeted.

The people behind this case do not want the commercial cannabis industry to succeed and will try anything to bring down the industry. 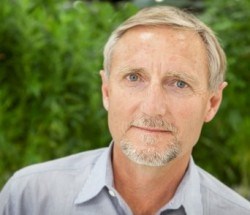