OTTAWA, June 29, 2017 (GLOBE NEWSWIRE) — ABcann Global Corporation (TSXV: ABCN) (OTC: ABCCF) (“ABcann” or the “Company”) is pleased to announce that it has retained the services of Dr. Michael Shannon as its Chief Medical Consultant.

Dr. Shannon served in the Canadian Armed Forces for 31 years, and also as Deputy Surgeon General for Canada. In 1996, he assumed responsibilities within Health Canada for re-organizing the Canadian blood system and the development of a new corporate entity dedicated exclusively to the management of blood services in Canada. He was then appointed Director General for the Laboratory Centre for Disease Control. In December 2000, Dr. Shannon left the Federal Government to pursue a new career in industry. In that capacity, he simultaneously directed a Phase III clinical trial in Canada, the United States and Great Britain for an artificial blood substitute product. Dr. Shannon has been actively engaged in medical bio-oxidative (O3 based) research since 1987 and has served as the Senior Medical Advisor to Medizone International since 2002. In October 2008, he was appointed the President of the Canadian Foundation for Global Health.

“In the future we plan to participate in a number of clinical trials involving different modes of delivery as well as various research projects with potentially significant clinical implications in order to facilitate the acceptance of cannabis treatment by the mainstream medical community. Dr. Shannon’s experience and expertise, along with his established credibility, will help us through this process as we move these developments forward,” says Aaron Keay, CEO of ABcann.

Our sophisticated growing technology allows us to produce a consistent product, from batch to batch. That consistency is needed to be able to couple our technology with technologies for controlled-dose delivery in order to perform the trials necessary to develop the evidence to bring cannabis treatment into the mainstream,. We are delighted and extremely fortunate to be able to add Dr. Shannon to our team. 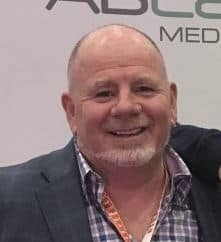 ABcann was one of the first companies to obtain a production license under the Marijuana for Medical Purposes Regulations, which it received on March 21, 2014. It obtained a sales license on December 31, 2015. ABcann’s flagship facility, in Napanee, Ontario, contains proprietary plant-growing technology, including environmentally-controlled chambers capable of monitoring and regulating all variables in the growing process. This approach and the systems in place allow ABcann to produce organically grown and pesticide-free, high-yielding plants, which, in turn, can generate high-quality products that are consistent from batch to batch. ABcann is able to control environmental and nutrient demands, tailor-made for a particular strain of cannabis, without the variation that is typical when producing large quantities in less-controlled, larger rooms and greenhouse-type structures. ABcann’s modular approach to systems technology eliminates scale-up risk and allows ABcann to locate anywhere in the world and maintain consistency and quality of product.

ABcann is expanding capacity in its current facility to approximately 30,000 sq ft and concurrently undertaking expansion into a new 150,000 sq ft facility in Napanee. ABcann is pursuing opportunities in Germany, Australia and other jurisdictions as well as exploring the development of multiple delivery vehicles.