EDMONTON, Alberta, May 01, 2019 (GLOBE NEWSWIRE) — Alcanna Inc. (the “Company” or “Alcanna”) (TSX: CLIQ) today announced that it has entered into a new senior secured $70 million asset-based revolving credit facility (the “Credit Facility”) with Canadian Imperial Bank of Commerce (“CIBC”) acting as the sole lender. The Credit Facility also includes an uncommitted $15 million borrowing availability expansion feature. This new Credit Facility, which has a term of three years, replaces the Company’s prior credit agreement, which was scheduled to expire in September 2019. At the time of closing, there were no draws on either the new Credit Facility or the prior credit agreement.

This new credit facility was designed to fit our company’s needs as we execute on transforming Alcanna to a growth company. Using an asset-based loan structure provides maximum flexibility to invest in both capital and margin initiatives targeted at strengthening the business on many fronts. Not being tied to cash flow covenants and other tests allows Alcanna to invest in areas which will provide the best medium to long term return for shareholders versus having to accommodate short-term targets. 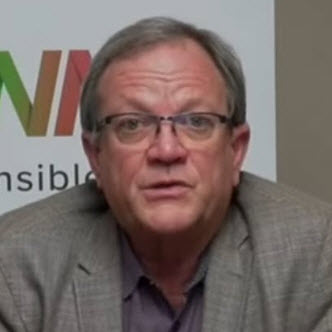 The Company plans to use the Credit Facility to: finance investments in new Wine and Beyond stores in Alberta, BC and Ontario if the Ontario government’s reform of liquor retail so permits; continue to build out Nova Cannabis locations in Alberta, Ontario and BC as cannabis supply improves and licenses are again made available; finalize the renovation and upgrade of Liquor Depot stores in Alberta and BC and Brown Jug stores in Alaska; provide financing to the Canadian Liquor Retailers Alliance to fund its growth and expansion as the leading discount retailer in Alberta; and for general corporate and working capital purposes.

The new Credit Facility will carry interest of prime plus 0% which is lower than the prior credit agreement which was prime plus a range of 0.25% to 1.50%. The $70 million limit is subject to the availability constraints of the borrowing base, which is comprised of credit card balances in transit and eligible inventories, as defined in the credit agreement. The Credit Facility is repayable at any time without penalty.

Alcanna is one of the largest private sector retailers of alcohol in North America and the largest in Canada by number of stores – operating 235 locations in Alberta, British Columbia and Alaska. The Company also operates six cannabis retail stores under the “Nova Cannabis” brand, with five locations in the Province of Alberta and one the Province of Ontario. With revenues in excess of $600 million per year, Alcanna processes over 18 million individual retail transactions of beverage alcohol and cannabis.

Alcanna’s common shares and convertible subordinated debentures trade on the Toronto Stock Exchange under the symbols “CLIQ” and “CLIQ.DB”, respectively.

Additional information about Alcanna Inc. is available at www.sedar.com and the Company’s website at www.alcanna.com.