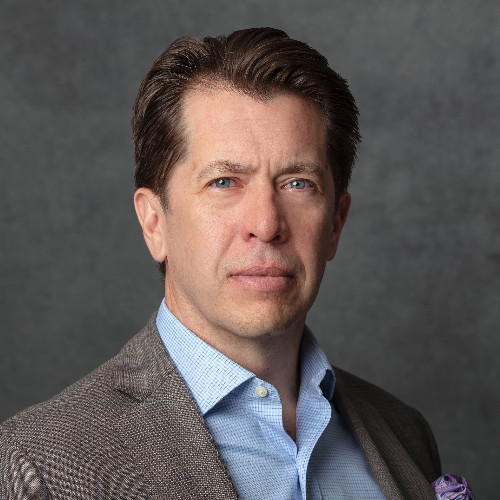 Cannabis has been a secondary focus for liquor retailer Alcanna (TSX: CLIQ) (OTC: LQSIF). But now, the company is spinning out its retail cannabis business and combining it with YSS Corp. (TSXV: YSS) (OTC: YSSCF) to form Nova Cannabis. The new cannabis retail business will focus on the value segment of the market. Darren Karasiuk, an Alcanna board member, is set to become CEO of the company once the transaction closes. Karasiuk spoke with New Cannabis Ventures about leveraging Alcanna’s experience, integrating the two businesses and the growth ahead of Nova Cannabis. The audio of the entire conversation is available at the end of this written summary.

Karasiuk has been an Alcanna board member since 2019, but his cannabis experience runs much deeper than that. He worked at Deloitte, digging into what legalization could look like for Canada. Then, he joined MedReleaf working with the company through its IPO and C$3.2 billion acquisition by Aurora. He spent a couple of years at Aurora, ultimately becoming chief commercial officer.

When he joined the Alcanna board, Karasiuk brought with him his wealth of cannabis industry experience. It became clear he was a good fit for the company’s plans for Nova Cannabis.

Nova Cannabis will be targeting the value segment of the market through its Value Buds stores, a strategy Alcanna has found to be effective in the liquor industry. Approximately a year and a half ago, Alcanna set out to capture the value segment in Alberta’s liquor retail market. Following that success, it seemed likely a similar trend would happen in cannabis.

In the early days of Canadian cannabis legalization, there was a lot of speculation about what the market and consumers would look like. The widely discussed aspirational consumer has yet to appear, according to Karasiuk. Instead of chasing a hypothetical market, Nova Cannabis is pursuing a proven opportunity in the value space and leveraging Alcanna’s established playbook to do it.

In the second half of 2020, Alcanna decided to test the value proposition in the cannabis space. It converted four stores to the value banner, which resulted in a 250 percent increase in store sales, according to Karasiuk.

The transaction that will form Nova Cannabis is expected to close within the next six weeks. Once completed, the resulting company will have 53 operating stores across Alberta, Ontario and Saskatchewan, according to Karasiuk. There was very little overlap between Alcanna’s cannabis retail footprint and YSS’s footprint, making the two companies a complementary fit.

As a standalone company, Nova Cannabis will focus on the Canadian market. Karasiuk still sees significant untapped opportunities here, particularly in the Greater Toronto Area. Much of Ontario is still dominated by the unregulated cannabis market, and Nova Cannabis aims to capture those consumers with its value proposition.

While Nova Cannabis will have 53 stores at the onset, it is busily exploring organic means of adding to its footprint. A number of stores are already under construction, and the team is involved in lease negotiations on others, according to Karasiuk. Nova Cannabis also plans to leverage M&A as a part of its model.

The company also plans to drive growth within its own four walls through the development of private label offerings.

Alcanna and YSS announced a $25 million equity financing round when it announced the plans to form Nova Cannabis. Since then, the round has been upsized to $40 million, according to Karasiuk. The investor demand is promising, and he hopes to see continued support once the transaction closes. Additionally, Nova Cannabis will have access to a $10 million line of credit from Alcanna.

Opportunities and Challenges Ahead

Several factors will contribute to the company’s growth after it is officially formed, including new retail locations, its private label business and its portfolio of products. Nova Cannabis will be moving to larger packaging sizes to cater to the consumers in the value segment, and it will be carefully examining consumer adoption rates as more 2.0 products are released.

Nova Cannabis will be keeping tabs on metrics like store traffic and basket size and composition, but it won’t be building its approach from scratch. Alcanna has a polished analytics platform built to understand consumer behavior that Nova Cannabis will be able to use as it makes purchasing and merchandising decisions.

Nova Cannabis will face a number of challenges, including the ongoing COVID-19 pandemic, which will affect construction timelines. Additionally, the company will need to remain cognizant of product availability in the Canadian market, but LPs are fine-tuning their abilities and improving product quality and consistency, according to Karasiuk. He is also hopeful that licensing approvals in the Greater Toronto area will begin to pick up in pace.

While the company will face challenges, it is well-capitalized and prepared to take advantage of organic growth opportunities and ready to welcome inbound M&A inquiries from other retailers, according to Karasiuk.

To learn more, visit the Alcanna and YSS Corp. websites. Listen to the entire interview: