Following a decline of 18.0% in December, the American Cannabis Operator Index more than recovered the losses with a 30.8% gain in January, ending at 101.09:

The index, which launched at the end of October with a value of 100, traded as low as 70.64 in late December after having reached a closing high of 124.16 in early November and has now rebounded 43.1% from the December 24th low: 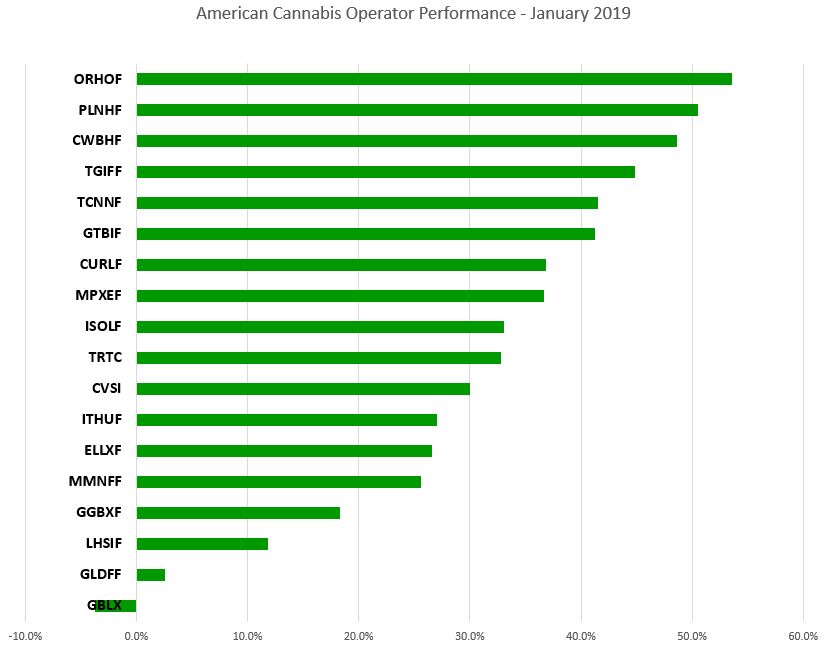 The three best performers included Origin House (CSE: OH) (OTC: ORHOF), Planet 13 Holdings (CSE: PLTH) (OTC: PLNHF) and Charlotte’s Web (CSE: CWEB) (OTC: CWBHF), all of which rose by more than 48%, with Charlotte’s Web hitting an all-time high, while GB Sciences (OTC: GBLX) was the only stock in the index to have a negative return.