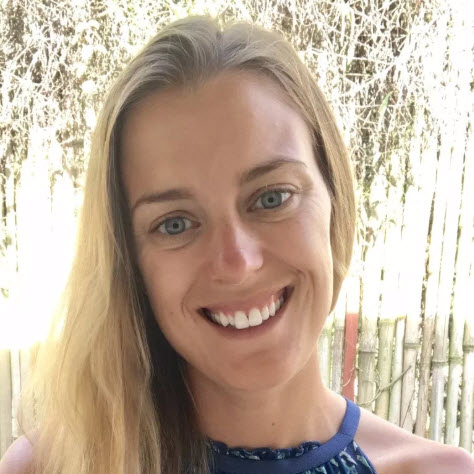 Recently, the Oklahoma Medical Marijuana Authority (OMMA) began approving dispensary, cultivator and manufacturer applications. As of November 15, there were a total of 2,004 approved medical marijuana applications provided to us by the OMMA.

In late August, the Oklahoma Medical Marijuana Authority (OMMA) began accepting applications for only $2,500 for each activity. Then as we have seen in many states, cities have begun creating additional regulations and fees. The city of Tulsa, for example, says it no longer plans to consider a moratorium against prospective medical marijuana growing and processing facilities.

There are currently no state limitations on the number of approved applications nor the number of licenses a company may apply for.

As of November 15, there are a total of 2,004 approved medical marijuana applications, half of which are cultivators as seen below in the table which breaks down the number of approved applications by activity.

Approved Applications by Activity in Oklahoma 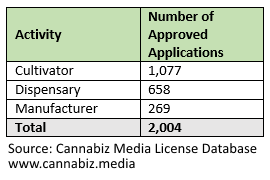 Many of these applications come from Oklahoma and Tulsa County, 532 and 232 respectively and these counties also have the largest populations in the state. The table below shows the three counties with the largest number of approved applications, their percentage based on activity and overall percentage of licenses.

Counties with the Most Approved Applications in Oklahoma

We can further break this down with heat maps for cultivators, manufacturers and dispensaries. 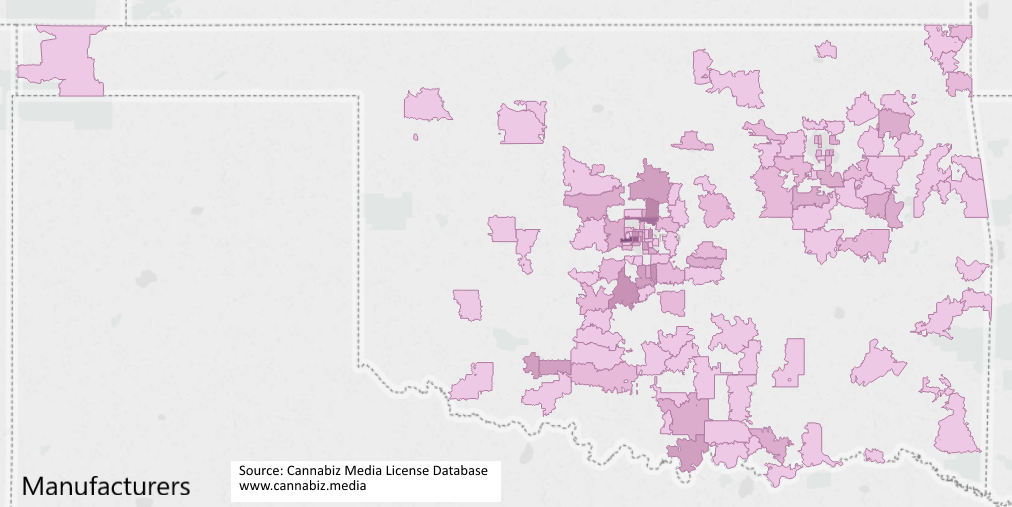 The cultivators are widely spread through the state with Oklahoma City and Tulsa followed by Edmond City having the largest totals. There are significantly fewer manufacturers and dispensaries and these are less dispersed throughout the state however the dominance in Oklahoma City, Tulsa and Edmond still exists.

The large multi-state operators have stayed away from Oklahoma but there are a variety of interesting companies that are pursuing licenses. Green Prairie, in Wagoner County was a formerly a tomato farm but has switched to growing marijuana despite upsetting neighbors. There are companies who are already established in a similar market such as ZIGGYZ which sells products such as CBD and tobacco smoking accessories. They currently have eight dispensaries and one cultivator application approved, most of which are in Oklahoma City. There are several companies that have more than five approved applications such as Earthly Mist which has five dispensary and one cultivator approved. Altcare has 15 dispensary and cultivator applications while SGOK Inc. has approved 21 applications and in all three activities.

With licenses being so easily obtainable, the number of applicants will continue to grow although the question remains as to how many of these companies will actually operate.

Other requirements must be met to become operational. Growers, processers and dispensaries must register with the Bureau of Narcotics after receiving a license from the OMMA. We estimate that approximately 20% of the active licenses have not yet registered.

Some companies are upset with Oklahoma State Department of Health requirement for growers to register with the Oklahoma Bureau of Narcotics and Dangerous Drugs Control. Caulfield Holdings Botanicals has registered with the Bureau of Narcotics but filed a lawsuit in October. OMMA also states that “commercial licensees may be required to obtain a nursery grower and/or dealer license from the Oklahoma Department of Agriculture”.

According to tweets by the Oklahoma Medical Marijuana Authority, as of December 9, there are 754 dispensary, 1,206 grower, 315 processor and 18,601 patient licenses approved. That means there’s been another 271 approved licenses in two and a half weeks. Oklahoma’s active license numbers have now caught up with Washington State and only trail California, Colorado and Oregon. Note, these 2,275 licenses are only medical licenses as there weren’t enough signatures to place recreational marijuana on the general election ballot in November. Oklahoma’s program is extremely accelerated licensing approach and only time will tell if Oklahoma becomes the next powerhouse or if only a fraction of these businesses prosper.

Tarah Cole is a data scientist with Cannabiz Media who imports and analyzes data while ensuring data consistency and accuracy. Her work allows her to analyze licenses within and across states in both the cannabis and hemp industries. She enjoys the challenges of data manipulation that come with such varied forms of data within state, industry, and license activity. She received her MS in Statistics from Miami University and her BS in Mathematics and Statistics from Northern Kentucky University. Prior to joining Cannabiz Media, her work was mainly focused in the healthcare industry including Cincinnati Children’s Hospital Medical Center and The National Institute for Occupational Safety and Health.