The Ancillary Cannabis Index bounced back from a weak beginning to the year, advancing 2.7% in March to 52.89: 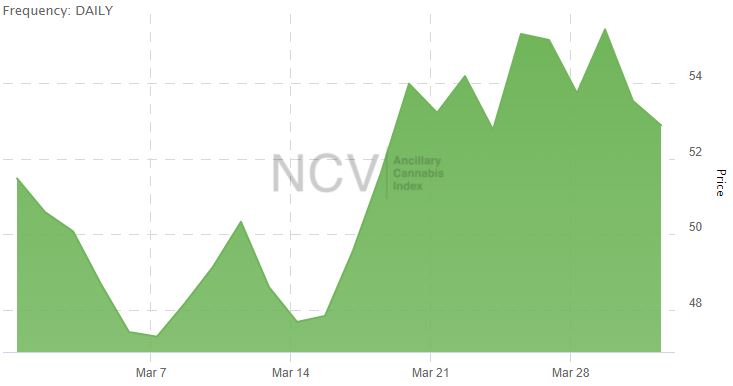 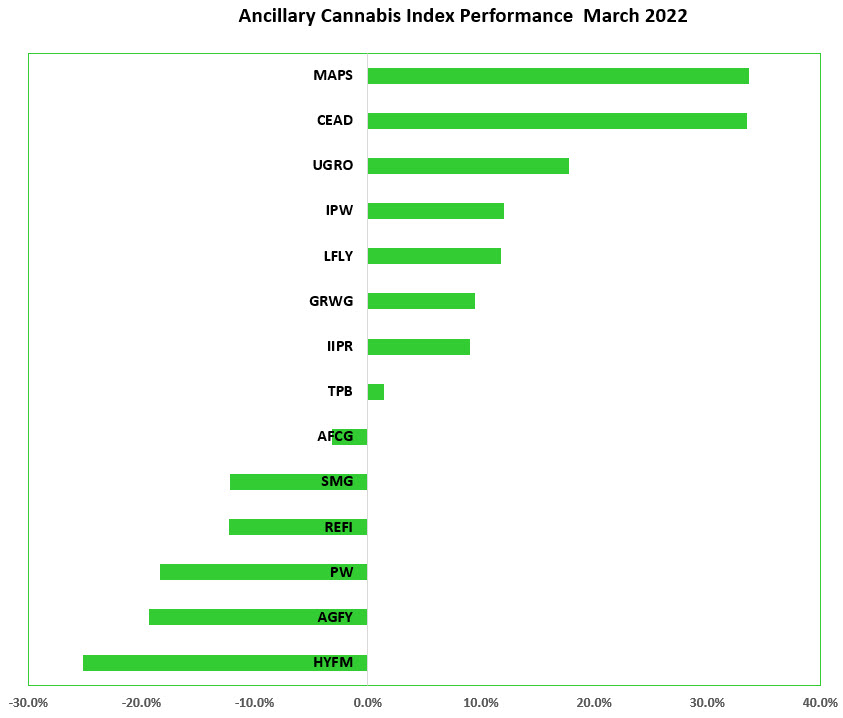 For April, we have removed iPower (NASDAQ: IPW) after it no longer met the minimum trading volume. We have also added Akerna (NASDAQ: KERN).

In the next monthly review, we will summarize the performance for April and discuss any additions or deletions. Be sure to bookmark the page to stay current on ancillary cannabis company stock price movements within the day or from day-to-day.