Aphria Closes Acquisition of Assets in Latin America and the Carribean

Company cements foothold in the region with operations in Colombia, Argentina and Jamaica

LEAMINGTON, ON, Sept. 27, 2018 /CNW/ – Aphria Inc. (“Aphria” or the “Company”) (TSX: APH and US OTC: APHQF) today announced that it has closed the acquisition of LATAM Holdings Inc. (“LATAM Holdings”) from Scythian Biosciences (CSE:SCYB; Frankfurt: 9SB; OTC – Nasdaq Intl: SCCYF). The Transaction was funded by the assumption of US$1 million of existing LATAM Holdings debt with the remaining consideration funded by the issuance of 15,678,310 common shares of Aphria. The closing was pursuant to the terms of the definitive share purchase agreement (the “Agreement”) previously announced by the Company on July 17, 2018.

As a result of the Transaction, the Company has solidified an important foothold in Latin America and the Caribbean by acquiring industry-leading cannabis-related companies in Colombia, Argentina and Jamaica as well as a right of first offer and refusal in respect of a majority interest in a Brazilian entity seeking a cannabis cultivation and sales license.

Aphria continues to execute on its plans for strategic international expansion, including in Latin America and the Caribbean. With a combined population of nearly 640 million, and with significant momentum from numerous countries introducing new or modernizing existing medical cannabis legislation, the region represents a significant opportunity for long-term growth. 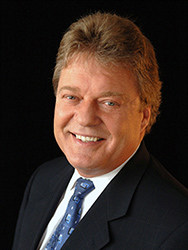 It also hosts some of the most favourable conditions for cultivating high-quality medical cannabis at substantial efficiencies – ideal for both regional supply and export opportunities. This acquisition firmly cements Aphria’s leadership in the region and on the global cannabis stage.

As a result of the Agreement, the Company has acquired:

A 90% ownership interest in Colcanna S.A.S. (“Colcanna”), the first company in the Coffee Zone of Colombia with cultivation and manufacturing licenses for the production of medicinal extracts of cannabis, a research license and a license for the production and extraction of cannabis, including cannabis oil, for domestic use and for export. It is in the advanced licensing stages for a THC license.

ABP, S.A. (“ABP””), an established and successful pharmaceutical import and distribution company in Argentina which supported a number of University Hospitals to secure an import permit for cannabis oil. Aphria and ABP, in close partnership with the Argentinean government, will continue to advance opportunities for medical cannabis in the country, including the potential for in-country cultivation and pharmacy distribution of cannabis products.

A 49% ownership interest in Marigold Projects Jamaica Limited (“Marigold”), which has received one of the only Tier 3 cultivation licenses in the country cultivate and conditional licenses to process, sell, provide therapeutic or spa services using cannabis products, and to operate herb houses to sell cannabis products for medical, scientific and therapeutic purposes, with a space for immediate consumption by consumers

A right of first offer and refusal in respect of a majority interest in a Brazilian entity, upon the receipt of a license, in the entity receiving the license.
LATAM Holdings’ highly experienced and influential leadership team will remain intact and join Aphria International to continue to advance the Company’s interests throughout the region.