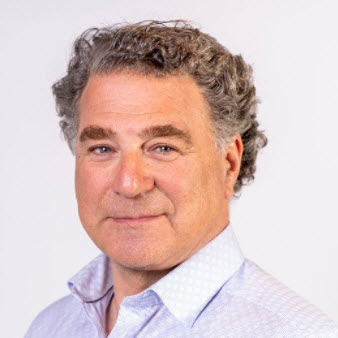 The strength of Aphria’s (TSX: APHA) (NASDAQ: APHA) brands, team and grow facilities are helping it to stand out in the cannabis industry, according to CEO Irwin Simon. He spoke with New Cannabis Ventures about the profitable company’s global strategy and its positioning for further growth. The audio of the entire conversation is available at the end of this written summary.

Simon has been in the cannabis industry for about two years now. Previously, he worked in the organic and natural product space as the founder of Hain Celestial in 1993. He always tried to be ahead of trends and recognize the next opportunity. Cannabis fits that bill, and he is able to leverage his CPG and organic industry experience in this industry.

Thus far, Simon has been surprised at just how much more room for growth there is in the cannabis business. He sees the opportunity to bring more professionalism to cannabis and to drive further innovation in terms of products and technology.

The largest portion of Aphria’s business is currently in Canada. The company has an office in Toronto, Ontario, and its greenhouse grow facilities (Aphria One and Aphria Diamond) are located in Leamington, Ontario. In Leamington, the company has the ability to grow approximately 265,000 kilos of cannabis across about 2.5 million square feet. Aphria also has a 55,000 to 60,000-square-foot indoor grow facility in Vancouver Island, which grows under the company’s Broken Coast brand.

While some competitors have written down Canadian production assets and inventory, Aphria has not done the same. The company has large facilities with significant capabilities, and Simon only sees the opportunity to utilize those facilities growing as more stores open, more products are released and more consumers enter the market.

In addition to its operations in Canada, Aphria has teams in Europe and South America. Currently, Aphria’s international strategy is focused on medical cannabis. For example, the company is working to open a German facility this year or early next year. Its pharmaceutical business CC Pharma, which sells to more than 13,000 pharmacies, will facilitate the distribution of products, according to Simon.

Aphria also has a strategy for the U.S. market. Rather than focusing on cannabis, the company is looking to build a presence through other health and wellness consumer goods. If and when federal legalization does pass, the company wants to be prepared to introduce cannabis into its existing consumer brands.

The U.S. is also the primary focus of the company’s M&A considerations. Aphria would potentially purchase an asset in the U.S. that has a product legal today.

Some of Aphria’s peers have secured significant partnerships and investment deals with global companies. A deal like this would be of interest to Aphria, and Simon believes the company to be a prime target for this kind of opportunity. It has strong R&D, brands and product quality. Aphria would not be looking for a strategic partner solely for money. An investment would strengthen the balance sheet, but the company would also be interested in added value such as knowledge or potentially distribution, according to Simon.

Beyond its current product set, Simon does see the potential for beverages. He expects beverages in the cannabis space could fill different niches, such as focus, relaxation, sleep and pain.

Earlier this year, Aphria swapped some convertible debt for equity on favorable terms. Simon prefers the company to have solid cash flow and low debt, which gives it the ability to use cash for growth. Aphria currently has approximately $400 million in cash, and dollars are being allocated brand development, brand awareness and acquisitions.

Simon is looking to improve the company’s cash conversion cycle and to eliminate any unprofitable elements of the business. He is also aiming to build cash within the company without borrowing funds or raising more money externally.

Aphria has suspended guidance due to the uncertainty caused by the COVID-19 pandemic, but Simon recognizes the importance of offering guidance and looks forward to doing so again in the future.

Going forward, new products and access to more stores that will be opening will be major growth drivers for Aphria. Simon also sees some LPs struggling, which could potentially bring consumers to Aphria’s brands.

Aphria’s leadership team tracks important metrics like recreational cannabis sales, cost of production, margins, SG&A and EBITDA. The company also focuses on positive environmental practices and community support. As the largest employer in Leamington, Aphria has worked to help the community during the pandemic, according to Simon.

As Aphria grows, it is looking for ways to educate consumers and build brand awareness in a market that does not allow traditional advertising. Simon is proud of how the company has gained a leading market position and profitability. He looks forward to continuing to do the right thing for Aphria’s consumers, shareholders and employees.

To learn more, visit the Aphria website. Listen to the entire interview: