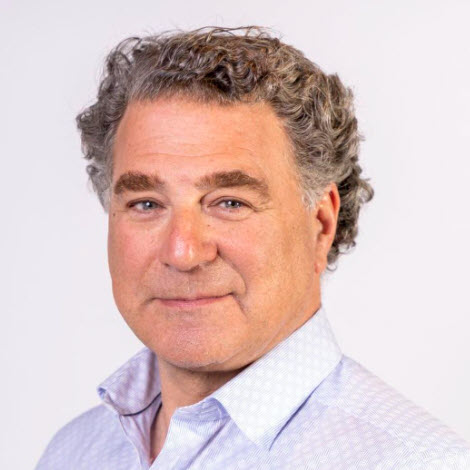 The merger of Tilray (NASDAQ: TLRY) (TSX: TLRY) and Aphria closed in May of this year, and now, the combined company is working on growing brands and expanding its business in Canada, Europe and the U.S. Chairman and CEO Irwin Simon last spoke with New Cannabis Ventures as the CEO of Aphria. As CEO of Tilray, he talked about the company’s global plans and how it plans to achieve $4 billion in revenue by 2024. The audio of the entire conversation is available at the end of this written summary.

With its size and scale, the company has been able to attract strong executives, as well as retaining talent from both Tilray and Aphria. As Tilray grows, building bench strength is important, according to Simon.

Each new acquisition comes with lessons learned, and the Aphria and Tilray merger has been no exception. While the merger was a learning process, Simon is pleased with the integration progress. Tilray is ahead of schedule when it comes to achieving its planned synergies. The company set out to realize $80 million in synergies within 24 months. It has achieved $33 to $35 million in synergies thus far and now expects to gain the full $80 million within 18 months.

The combined companies currently have about 16 percent of the Canadian marketplace, and the goal is to reach at least 30 percent. Tilray will be focused on growing its products and brands and educating new consumers, both medical and adult-use.

Growing its medical business in Canada is an important objective for the company. Simon hopes to see prescriptions become more normalized in the medical business. Tilray will also be focused on gaining more ground in the cannabis 2.0 space with its drinks and edibles business.

The company has a presence in the United States through SweetWater Brewing Company and hemp food company Manitoba Harvest. Tilray has plans to grow those businesses to about $200 million.

Legalization in the U.S. is key to the company’s strategy. To grow its U.S. business, Tilray plans to acquire options on businesses, ultimately merging or buying them when legalization moves forward, according to Simon.

Tilray is active in the European medical cannabis space with facilities in Portugal and Germany. It sells in multiple countries, and it has the Germany-based medicine distribution business CC Pharma. CC Pharma distributes to approximately 13,000 drug stores. Simon expects legalization to make progress in European markets over the next 18 months, and Tilray will be positioned to obtain adult-use licenses when that becomes possible.

Tilray is playing in a number of different spaces beyond cannabis: hemp food, beer and pharmaceutical distribution. Ahead of adult-use legalization in the U.S. and other major markets, the company is creating a position in cannabis-adjacent businesses. Once legalization does happen, Tilray can use these growth businesses as a stepping stone into the cannabis business.

Simon is big on building cash flow and free cash. Tilray is currently sitting on nearly half a billion dollars in cash. Most of the company’s debt is convertible, and Simon hopes that much of that debt will convert with the appreciation of the company’s stock price.

With the cash on hand, Tilray will be investing in its current business in the Canadian and European markets. The company is aiming to double its current footprint and investing in its brands, new products, distribution and people. Tilray will also want to have capital available for any accretive acquisitions. An ATM would be an option, potentially for accretive acquisitions, but Simon does not see leveraging one simply to build up a cash surplus.

Achieving $4B in Revenue

On a recent earnings call, Simon talked about the company’s goal to reach $4 billion in sales by 2024. Doubling its Canadian footprint and bringing its business in that market to $1 billion will be an integral part of achieving this goal. Tilray is also working to bring its European business to $1 billion. Growing its facilities in Germany and Portugal and leveraging its CC Pharma business will help to reach that point. Any legalization that does move forward in that market will help to drive the company’s growth there as well.

In the United States, Tilray is aiming to grow its SweetWater Brewing and Manitoba Harvest businesses to $200 million; they are currently at about $150 million. The company will add another $300 million via additional alcohol or food-related acquisitions. Finally, Tilray is planning to move forward with options to acquire U.S. businesses if and when legalization takes place, adding another $1.5 billion in sales, according to Simon.

Pursuing a Top Position in Cannabis

Tilray reported $33.6 million in net income and adjusted EBITDA of $12.3 million for its fourth quarter. It was able to achieve those numbers despite the COVID-related market closures in Europe and Canada, according to Simon.

Tilray’s fiscal year began on June 1, and it is focused on bringing the cultures of both Aphria and Tilray together as the combined company emerges from the challenges presented by the pandemic. The company will be considering how to get consumers back into its retail stores in Canada and how to educate them about its brands. Simon is confident that the company has the brands, infrastructure and people to hit its $4 billion goal by the end of 2024.

To learn more, visit the Tilray website. Listen to the entire interview: