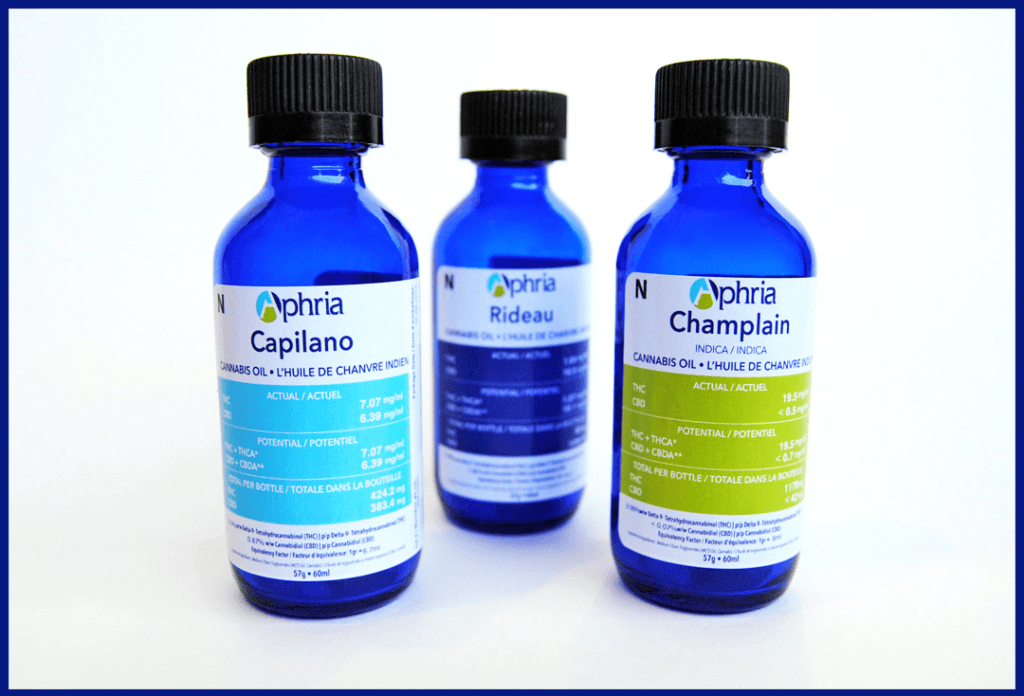 LEAMINGTON, ONTARIO–(Marketwired – Aug 17, 2016) – Aphria Inc. (“Aphria” or the “Company”) (TSXV: APH) (OTC: APHQF) announced today that the Company received an amendment to its licence to produce and sell medical cannabis from Health Canada under the Marihuana for Medical Purposes Regulations. The licence amendment provides for the production and sale of cannabis oil extracts.

The Company’s oil extract bottle is 60 mL in size and contains the equivalent of 10 grams of dried marijuana sourced from bud. The Company intends to sell each bottle for $99 and will have three products available for sale: Champlain – a high THC product, Rideau – a high CBD product and Capilano – a balanced THC/CBD product. The purchase price on a per gram equivalency basis is $9.90. As of the date of this release, Aphria’s pricing compares to an industry average of approximately $18 per gram equivalency.

While our journey to obtain Health Canada approval was long, we are excited to begin selling our extracts on our website today. Patient feedback suggests that demand will be strong, particularly given our attractive retail price. Capitalizing on our continued growing cost reductions, we believe significant margins will still be generated.

Aphria Inc., one of Canada’s lowest cost producers, produces, supplies and sells medical cannabis. Located in Leamington, Ontario, the greenhouse capital of Canada. Aphria is truly powered by sunlight, allowing for the most natural growing conditions available. We are committed to providing pharma-grade medical cannabis, superior patient care while balancing patient economics and returns to shareholders. We were the first public licenced producer to report positive cash flow from operations and the first to report positive earnings in consecutive quarters.