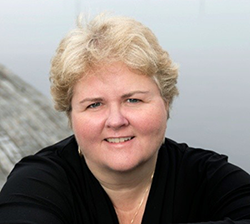 Cannabis company Aqualitas is one of three producers with unrestricted sales licenses in Nova Scotia, giving the company a strong regional position in the Atlantic market. Co-founder and CEO Myrna Gillis spoke about the company’s unique position, its focus on environmental sustainability, and current research initiatives.

Gillis spent most of her career as a disabilities lawyer, learning about the benefits of cannabis from her clients. In 2014, she took the opportunity to combine her entrepreneurial background and disabilities advocacy in the form of a new cannabis company. Today, Aqualitas is still one of the few companies founded and led by a woman in the cannabis space. The majority of the company’s board and scientific roles are also filled by women.

Aqualitas has an 80,000-square-foot facility fully licensed for 4,000 kilograms, and the company is the midst of expansion for a further 6,000. The company does not have any retail storefronts, but it does have direct sales channels to patients and plans to distribute to various provinces.

The company’s product portfolio includes dried flower, pre-rolls, and oils. Following the recent acquisition of its unrestricted sales license, Aqualitas is focused on a limited launch of three or four SKUs in the premium category. The soft launch will focus on the company’s medical products, rolled out in its local NSLC store within the first week of May.

As for new markets, the company will largely be focused on establishing its domestic footprint in the Atlantic region. The future also holds the potential for more growth in the medical markets of Europe, according to Gillis.

Aqualitas is certified by Clean Green, which means it grows in accordance with international organic standards, commits to reducing its carbon footprint, and actively works to prevent erosion and water contamination from agricultural run-off, according to Gillis. That focus on sustainability meshes with the company’s branding.

The medical brand goes by the same name as the company, while the adult-use brand goes by the name of Reef. The Aqualitas brand highlights the company’s commitment to organic growth, something of particular importance to many medical consumers, according to Gillis. The storytelling around the Reef brand is associated with maritime tradition and top-shelf, premium quality.

Community involvement is also a part of the company’s brand. The Aqualitas team participates in educational events on issues like quality in cannabis to help demonstrate its values.

Gillis emphasizes the company’s focus on value-added products, which are backed by the Aqualitas scientific team. Sindica – Global Institute for Cannabis Research and Innovation, the company’s research division, is involved with a number of projects. For example, the company is working with ALAB, the agricultural food and beverage lab at Acadia University, to develop a beverage, as well as a topical and edible. Aqualitas is currently in the process of acquiring a research license to conduct sensory trials at the lab. The research team is also working on projects to maximize cultivation efficiency and yields.

Last year, Aqualitas raised $8.8 million, and Gillis believes the company has the capital to support its current work. But, as the company looks to future expansion it will also be exploring additional financing rounds.

In addition to growth and a commitment to environmental sustainability, Gillis is proud to see her company play a role in rural economic development and diversity.

To learn more, visit the Aqualitas website. Listen to the entire interview: