In January, New Cannabis Ventures reported that The ArcView Group had commenced a capital raise, securing almost $1mm of the $1.2mm goal. Today, the cannabis-focused angel investing network shared how some of that capital will be deployed.  First, it has created the “Winner’s Fund”, which will supplement the funding provided to the most promising entrepreneurs through its network:

The Winner’s Fund is being funded by ArcView and some of its investor members and will be managed by ArcView’s partner NeWay Capital. In order for a presenting company to win the $50,000 investment they must have the highest rating by ArcView members among companies with a pre-negotiated deal with NeWAY.

Additionally, ArcView has created a new position of Chief Mentor, hiring a member of its network since 2014, Francis Priznar, with the additional titles of SVP and Chief Sustainability Officer.  Priznar has an extensive resume and, according to ArcView, has been one of the most active and helpful mentors in the group.

My motivation today is to help entrepreneurs achieve their business goals. It is a privilege for me to be part of the pioneering ArcView team who is second-to-none in shaping a successful future during this historic period of change. 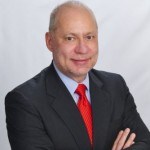 ArcView’s next meeting is in Portland in early May.  You can learn more about The ArcView Group by watching a recording of a webinar from January we hosted with CEO Troy Dayton.