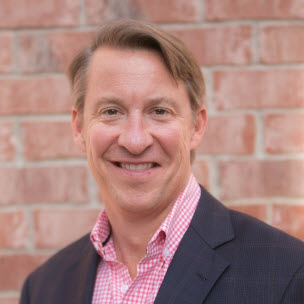 Entourage Effect Capital launched in 2014 under the name Cresco Capital Partners. Now, the Texas-based firm is operating under a new name and launching its third fund in the cannabis space. Founder and Managing Partner Matt Hawkins told New Cannabis Ventures about the recent name change, the firm’s portfolio companies and several successful exits. The audio of the entire conversation is available at the end of this written summary.

Hawkins had an exit from a large transaction and began looking for private lending opportunities. After some experience, he realized that real estate lending was not his path forward. Instead, he focused on investing in operating companies in the cannabis sector. He started Entourage Effect Capital by himself.

After the firm’s first successful fund, Hawkins partnered with Andy Sturner and Dov Szapiro, now both Managing Partners of the firm. The firm’s team is rounded out by Managing Directors Tiffany Liff and Codie Sanchez and Vice President Matthew Bryant.

“Cresco” means “grow” in Latin, so the name is a natural fit in the cannabis industry. But, the firm wasn’t the only one with that idea. The similar names became a running joke between the firm’s team and Cresco Labs, but it reached a point that a change made sense. Cresco Labs has built a brand name, while Hawkins feels his firm’s brand is rooted in its successful track record.

The Entourage Effect Capital name tells the firm’s story. After making more than 40 investments, Entourage Effect Capital offers its portfolio companies synergistic opportunities, much like the synergy of cannabinoids in the cannabis plant, according to Hawkins. As the firm has grown, so has its ability to facilitate introductions, partnerships, and even potential exits.

Hawkins and his team use their years of experience in private equity to vet potential investments. Regardless of industry, the vetting process starts with the quality of the management team, according to Hawkins.

From the start, Entourage Effect Capital took a diversified approach, aiming to give investors multiple touchpoints across the industry. In Fund I, the firm was an early investor in companies like Acreage, GTI, Ebbu, and Grow Healthy, which was acquired by iAnthus.

Entourage Effect Capital has been primarily a minority investor in Fund I and Fund II, but the firm takes an active role in working with its portfolio companies. The team will take board seats and advisory roles and offer their knowledge, without interfering with management teams.

The firm’s first two funds have exclusively featured participation from high-net-worth individuals and family offices. EEC would welcome institutional capital in Fund III, but it is not counting on it.

Fewer than two years after the final closing of Fund I, the firm has returned 120 percent of its capital. Companies like Acreage, GTI, and Ebbu were major wins for the firm, according to Hawkins.

When it comes to Fund II, Hawkins sees longer holding periods of three or even seven years before there are substantial exits. “Fund I was different because of the rising tides and the luck of when we started it,” he says.

Though a private investor, the fund has felt the challenges of the public market. The firm holds public equity through its exits and has experienced an effect on returns. But, Hawkins sees the firm’s portfolio companies in good cash positions. Over the next six months to a year, he expects to see a widening gap between the companies that can grow and spend responsibility and those that struggle to raise money.

EEC has launched its Fund III with an initial goal of $150 million. The strategy for this fund will be similar to Fund II, but Hawkins sees distressed opportunities as a potential component. The firm made an investment in Europe for its second fund and will likely make more in that market for Fund III. Hawkins sees the possibility of investment in South America, as well.

Entourage Effect Capital has a controlling interest, with a partner, in ArcView Group. The firm views ArcView as a type of incubator for its seed-stage investments. If those initial investments are successful, EEC will consider further investment at the fund level. Hawkins sees this funnel-like process as a significant differentiator for the firm.

The firm, and any type of investor in the cannabis space, is looking for opportunities with a path to profitability. Investors want to see the top line, not top-line projections, according to Hawkins.

Regulatory shifts and the public markets continue to be a challenge. Hawkins sees a lot of undervalued companies operating in the space, but he expects a shakeout will continue to separate successful companies from those that should not have gone public.

As the industry continues to evolve, distressed assets, growing ancillary sectors, consolidation, and recapitalizations all represent significant opportunities. Hawkins sees EEC has well-positioned to take advantage of those opportunities.

This Tech Company is Working with Major MSOs and 7,000 Mainstream Brands