EDMONTON, Feb. 6, 2020 /PRNewswire/ – Aurora Cannabis Inc. (the “Company” or “Aurora”) (NYSE | TSX: ACB), the Canadian company defining the future of cannabis worldwide, today announced a CEO succession and Board expansion; the latter of which is detailed in a separate announcement released this afternoon. The Company also announced a business transformation plan that better aligns selling, general & administrative expenses, and capital expenditures with current market conditions.

These combined changes are consistent with, and evidence of Aurora’s commitment to, achieving positive EBITDA and cash flow as rapidly as possible, while still maintaining the ability to capitalize on longer-term Canadian and global cannabis market opportunities.

Aurora CEO Terry Booth stated, “Over the last seven years, Aurora has built an incredible platform and a leading position in the global Cannabis industry. I am proud and humbled to have led that journey with a deeply talented and passionate team of employees. While there is still much work to be done, the timing is right to announce my retirement with a thoughtful succession plan in place and the immediate expansion of the Board of Directors. These changes, along with the financial transformation which we are undertaking, should clearly demonstrate to investors that Aurora has the continuity, strategic direction and leadership it needs to transition from its entrepreneurial roots to an established organization well positioned to capitalize on a global growth opportunity. In that spirit, and with my full support, the Board of Directors has appointed Michael Singer as Interim CEO effective immediately.”

As part of the succession plan, I will become a Senior Strategic Advisor to the Board and remain a Director. Additionally, we’re welcoming new independent members; Lance Friedmann and Michael Detlefsen who bring a wealth of strategic and hands-on consumer products industry experience to the organization. 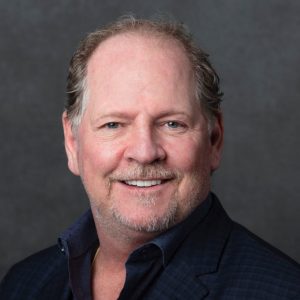 Michael Singer, Aurora’s Executive Chairman and Interim CEO stated, “I look forward to serving as Interim CEO and executing on our short-term plans, which include a rationalization of our cost structure, reduced capital spending, and a more conservative and targeted approach to capital deployment. These are necessary steps that reflect a fundamental change in how we will operate the business going forward.” Singer continued, “On behalf of the Board of Directors, I want to thank Terry for his leadership over the years. He’s made an indelible mark on the industry and left an enviable legacy in the form of Aurora Cannabis and the potential that exists for the Company over the coming decades.”

As one of the original cannabis visionaries, Terry is an invaluable resource with deep industry knowledge that we can leverage strategically. I look forward to having him continue on as a Senior Strategic Advisor to our Board of Directors. 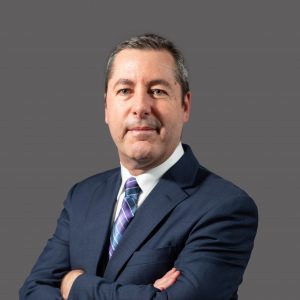 Management today announced sweeping changes intended to rationalize the cost structure and balance sheet going forward. The Company believes this will better align the business financially with the current realities of the cannabis market in Canada while maintaining a sustainable platform for long-term growth.

These actions are expected to include significant and immediate decreases in selling, general & administrative (“SG&A”) expenses and capital investment plans.

It is the Company’s intention to manage the business to an SG&A range of $40 million to $45 million per quarter by the end of the fiscal fourth quarter of 2020, a significant decrease from the preliminary fiscal second quarter 2020 range announced today. To do this, management plans to focus the business on its core areas: 1) Canadian consumer market; 2) Canadian medical market; 3) established international medical markets; and 4) U.S. market initiatives. Severance and other one-time charges related to SG&A reductions are expected to range from $2 million to $4 million and will be largely incurred in the Company’s fiscal second and third quarters ending December 31, 2019 and March 31, 2020 respectively.

As part of the changes to operations, the Company has eliminated close to 500 full-time equivalent staff across the company, including approximately 25% of corporate positions. Additionally, management is restructuring spending plans on information technology projects, sales and marketing initiatives, travel & entertainment, professional services, and other non-revenue generating third-party costs which do not provide an immediate impact on revenue.

Aurora announced its intention to reduce capital expenditures for the second half of fiscal 2020 to bring capital expenditures below $100 million in total. Over the past several weeks, Aurora management has undertaken a detailed evaluation of all capital projects underway and made decisions with respect to continuing or terminating further investment in each. Future capital allocation decisions will be scrutinized first and foremost through a lens of optimizing near-term investor returns.

Aurora has also announced a number of amendments to its secured credit facilities which are designed to better align the Company’s balance sheet and cash flow expectations with current market conditions and to provide financial flexibility over the near term. These amendments include:

We are pleased to have reached an agreement with our syndicate of banks to provide Aurora with additional financial flexibility aligned with our focus on achieving near-term profitability and providing the Company with options to refinance the facility at maturity. I would like to thank our banking partners for their continued support of Aurora. 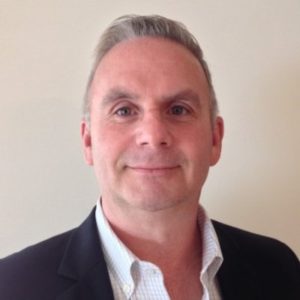 Aurora announced that, given market current cannabis market conditions and the slower than expected near-term industry growth, it has undertaken a thorough review of all business operations and concluded that certain assets and goodwill values as at December 31, 2019 exceed current fair-market valuations. As such, when Aurora formally reports its fiscal second quarter 2020 results, it expects to report asset impairment charges on certain intangible and property, plant and equipment in a range of $190 million to $225 million and write-downs of goodwill in the range of $740 million to $775 million. Following these non-cash charges, Aurora expects to remain compliant with its revised total debt-to-equity covenant going forward.

Glen Ibbott continued, “The assets being impaired are predominantly associated with our operations in South America and Denmark, as our estimate of the timeline for substantial growth extends in those markets. Our core Canadian cannabis assets are not impacted by these non-cash asset impairment charges.” Ibbott concluded, “We believe that the long-term opportunity for Aurora remains very compelling, despite a slower than anticipated rate of industry growth in the near-term. We also believe our approach to rationalizing the business and conservatively improving our balance sheet positions Aurora in a more stable position for sustainable growth going forward.”

Aurora announced that its consolidated cash position was $156 million, excluding $45 million of restricted cash as at December 31, 2019. This includes gross proceeds raised under its US$400 million At-the-Market (“ATM”) financing program of approximately US$245 million (or approximately $325 million) to date in fiscal 2020. As of today, the Company has remaining capacity under its current ATM program of approximately $200 million. With the cost reduction and business transformation initiatives announced today, the Company expects that utilization of the ATM capacity will be sufficient to fund operations and remaining required capital expenditures, to the points where positive EBITDA and free cash flow are achieved.

Aurora today provided unaudited preliminary second quarter fiscal 2020 financial results. The Company expects cannabis revenues for the second quarter of fiscal 2020 of $62 million to $66 million, net of excise taxes. Aurora expects to record provisions for returns, price reductions and future provisions of approximately $12 million, almost all of which relates to product sold in previous quarters. Therefore, net cannabis revenues, after giving effect to these offsets, are expected to be $50 million to $54 million. These revenue expectations reflect consistent quarter-over-quarter medical revenues, a decrease in international revenues due to short-term German supply interruptions, and much lower bulk sales. For the second quarter, Aurora expects to report modest quarter-over-quarter growth in consumer cannabis revenues prior to applying these offsetting return and price reduction allowances.

The outlook for cannabis revenue for Aurora’s fiscal third quarter is expected to be impacted by the general industry headwinds mentioned above, and as such will likely show little to no growth relative to fiscal Q2’s cannabis revenue of $62 million to $66 million, prior to the provisions for returns and price reductions.

Aurora will host a conference call today at 5:00pm Eastern Time to discuss these updates.

Headquartered in Edmonton, Alberta, Canada with sales and operations in 25 countries across five continents, Aurora is one of the world’s largest and leading cannabis companies. Aurora is vertically integrated and horizontally diversified across every key segment of the value chain, from facility engineering and design to cannabis breeding and genetics research, cannabis and hemp production, derivatives, high value-add product development, home cultivation, wholesale and retail distribution.

Highly differentiated from its peers, Aurora has established a uniquely advanced, consistent and efficient production strategy, based on purpose-built facilities that integrate leading-edge technologies across all processes, defined by extensive automation and customization, resulting in the massive scale production of high-quality consistent product. Designed to be replicable and scalable globally, our production facilities are designed to produce cannabis at significant scale, with high quality, industry-leading yields, and low-per gram production costs. Each of Aurora’s facilities is built to meet European Union Good Manufacturing Practices (“EU GMP”) standards. Certification has been granted to Aurora’s first production facility in Mountain View County, the MedReleaf Markham facility, and its wholly owned European medical cannabis distributor Aurora Deutschland. All Aurora facilities are designed and built to the EU GMP standard.

Aurora’s Common Shares trade on the TSX and NYSE under the symbol “ACB”, and is a constituent of the S&P/TSX Composite Index.