We are very pleased to be invested in Liquor Stores, one of Alberta’s most recognizable retail brand. Liquor Stores’ infrastructure, logistics and capacity to build and operate a large network of retail outlets provides a great opportunity for the cannabis industry to service what is anticipated to be a strong growth market. We look forward to playing our part in this partnership, and help establishing a new customer experience for adult consumers. 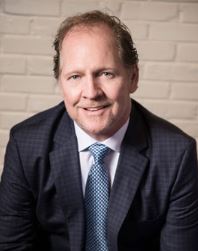 “Aurora has established itself as a global leader in the cannabis sector, based in our shared home province of Alberta,” said James Burns, CEO of Liquor Stores. “Combining Aurora’s expertise, insight and strong execution with Liquor Stores’ operational excellence in the retail of adult use controlled substances is a huge win not only for our companies’ shareholders, but also for ensuring that the public policy objectives for legalizing consumer use of cannabis are met responsibly.”

In connection with the Private Placement, Liquor Stores has issued an aggregate of 6.9 million common shares (the “Shares”) at a price of $15.00 per Share for gross proceeds of $103.5 million (the “Initial Investment”). As a result of the Initial Investment, Aurora now owns approximately 19.9% of the Shares (on a non-diluted basis).

Liquor Stores has also issued to Aurora, for no additional consideration, two classes of Share purchase warrants: (1) 10,130,000 warrants at an exercise price of $15.75 per Share to allow Aurora to increase its pro rata equity interest in Liquor Stores to approximately 40% on a fully diluted basis (the “Sunshine Warrants”); and (2) up to 1,750,000 warrants exercisable by Aurora at an exercise price of $15.00 upon any conversion of any of the outstanding 4.70% convertible unsecured subordinated debentures of Liquor Stores to allow Aurora to maintain its pro rata equity interest in Liquor Stores (the “Pro Rata Warrants”, and together with the Subscription Receipts and the Sunshine Warrants, the “Additional Investment”). The exercise of each of the Sunshine Warrants and the Pro Rata Warrants will be conditional upon the approval of Liquor Stores shareholders (other than Aurora and its associates or affiliates) at the next annual general meeting of Liquor Stores. Completion of the Additional Investment remains subject to the receipt of required approvals under the Competition Act (Canada).

Aurora acquired the securities for investment purposes. Aurora will evaluate its investment in Liquor Stores from time to time and may, based on such evaluation, market conditions and other circumstances, increase or decrease its shareholdings as circumstances require through the exercise of the Pro Rata Warrants or Sunshine Warrants, market transactions, private agreements, or otherwise. A copy of the Early Warning report will be filed by Aurora in connection with the Private Placement and will be available on LIQ’s SEDAR profile. In order to obtain a copy of the early warning report, please contact Nilda Rivera, Aurora’s Vice President, Finance, at telephone number: 604-362-5207. Aurora’s registered office is located at 1500 – 1199 West Hastings St. Vancouver, British Columbia, V6E 3T5.

Aurora also owns Berlin-based Pedanios GmbH, the leading wholesale importer, exporter, and distributor of medical cannabis in the European Union. The Company offers further differentiation through its wholly owned subsidiaries BC Northern Lights Ltd. and Urban Cultivator Inc., industry leaders, respectively, in the production and sale of proprietary systems for the safe, efficient and high-yield indoor cultivation of cannabis, and in state-of-the-art indoor gardening appliances for the cultivation of organic microgreens, vegetables and herbs in home and professional kitchens.

Additional information about Liquor Stores N.A. Ltd. is available at www.sedar.com and its website at www.liquorstoresna.ca.