Aurora is now in receipt of a Health Canada issued Export Permit, as well as provisional import status from the German Bundesopiumstelle (Federal Narcotics Bureau), to import medical cannabis products into Germany. On September 18, 2017, the Company shipped 50 kg of dried cannabis from its facility in Mountain View County, Alberta, to Berlin-based Pedanios, Germany’s leading medical cannabis distributor. Import permits for additional product have been secured, and ongoing, regular shipments are scheduled.

Upon delivery to Pedanios, the product will be distributed to a network of more than 1,500 pharmacies across Germany, a country of more than 82 million people. Germany currently represents the largest single federally-legal medical cannabis market in the world, and is experiencing a significant shortage of supply. Through Pedanios, Aurora plans to become a top producer and supplier of medical cannabis products in Germany, as well as other European Union (EU) markets.

This represents a huge milestone for Aurora and Pedanios, and a critical step in our aggressive international expansion strategy. Our team has done an outstanding job accelerating our entry into Europe. 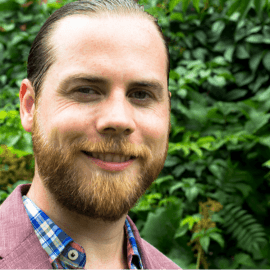 This is the first step in unlocking future potential markets in the EU of several hundred million people, and strongly validates Aurora’s acquisition of Pedanios as one of the most significant strategic transactions to date in the cannabis industry.

Terry Booth, CEO, added, “With the receipt of our first international export/import permits and our first shipment to Germany complete, Aurora has further strengthened its position as one of the dominant operators in the global cannabis sector. Germany has more than twice Canada’s population, with a rapidly-growing medical cannabis market that can currently be serviced by only four international producers – three of which have distributed product through Pedanios. Moreover, Pedanios provides a well-established gateway to the wider EU market, which continues to grow as additional countries proceed in improving patient access through the establishment of their own national medical cannabis systems. We will continue to diversify our operations, bring the Aurora Standard to new markets, and enjoy first mover advantages as we aim to set the cannabis industry standard across Europe and beyond.”

In addition, the Company holds approximately 9.6% of the issued shares (12.9% on a fully-diluted basis) in leading extraction technology company Radient Technologies Inc., based in Edmonton, and is in the process of completing an investment in Edmonton-based Hempco Food and Fiber for an ownership stake of up to 50.1%. Furthermore, Aurora is the cornerstone investor with a 19.9% stake in Cann Group Limited, the first Australian company licensed to conduct research on and cultivate medical cannabis. Aurora also owns Pedanios, a leading wholesale importer, exporter, and distributor of medical cannabis in the European Union (“EU”), based in Germany. Aurora’s common shares trade on TSX under the symbol “ACB”.