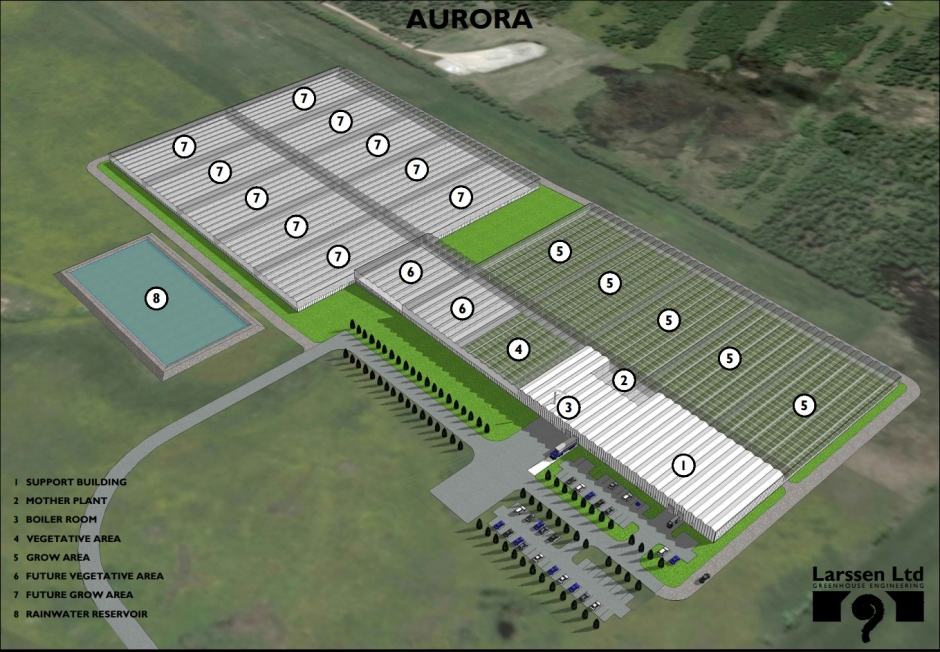 This summer, Canadian licensed producer Aurora Cannabis (TSXV: ACB) (OTC: ACBFF) announced an expansion project to build a massive hybrid greenhouse facility in Cremona, Alberta, totaling 600K sq. ft. The development will take place in three stages and will allow the company to produce more than 70mm grams at full capacity. At the time of the announcement in August, the company projected the new facility would be operational by next summer and complete by the summer of 2018.

According to CBC News, the project received an affirmative vote  from the Mountain View County municipal council in a heated battle on Wednesday that allows Aurora to move forward despite the opposition from some local residents. The next milestone will be the granting of a development permit.