Aurora to Acquire up to a 40% Equity Interest in Liquor Stores N.A.

Together, the Corporations believe the benefits of the Private Placement are significant for all shareholders. Aurora’s brand leadership, quality products, customer care, innovation and deep product knowledge will be a strong complement to Liquor Stores’ well-established distribution network, best practices in the retail of adult use controlled products, commitment to regulatory compliance, and deep talent pool with over 2,000 retail employees. The Corporations therefore believe that the Private Placement will position Liquor Stores to establish a leading retail brand in the cannabis sector, which is anticipated to be one of the strongest growth markets in Canada’s retail sector.

The Private Placement with Liquor Stores is transformational in scale and scope for Aurora, Liquor Stores and the cannabis industry in Canada, providing the opportunity for our companies to establish a leading private retail footprint in Western Canada. 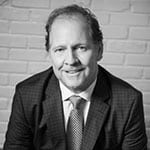 This is an extremely significant step in our corporate development, as we prepare with our partners at Liquor Stores to bring the Aurora Standard in product quality, customer care and strategy execution to the pending legal consumer cannabis market.

“We are thrilled that our two great Alberta-based companies have joined forces and we are honoured that Aurora has selected Liquor Stores, through its investment, as the retailer poised to establish a leading cannabis brand in Western Canada” said James Burns, CEO of Liquor Stores.

Aurora will make an initial $103.5 million investment in Liquor Stores by subscribing for 6.9 million common shares (the “Shares”) at a price of $15.00 per Share (the “Initial Investment”).  Upon completion of the Initial Investment, Aurora will own approximately 19.9% of the Shares (on a non-diluted basis). The Initial Investment will not require approval of Liquor Stores’ shareholders and is expected to close on or about February 14, 2018.  The subscription price of $15.00 per Share represents a 24% premium to the five-day volume weighted average trading price of the Common Shares on the Toronto Stock Exchange (the “TSX”) as of February 2, 2018.

Liquor Stores will also issue to Aurora, for no additional consideration, two classes of Share purchase warrants: (1) 10,130,00 warrants at an exercise price of $15.75 per Share to allow Aurora to increase its pro rata equity interest in Liquor Stores to 40% on a fully diluted basis (the “Sunshine Warrants”); and (2) up to 1,750,000 warrants exercisable by Aurora at an exercise price of $15.00 upon any conversion of any of the outstanding 4.70% convertible unsecured subordinated debentures of Liquor Stores to allow Aurora to maintain its pro rata equity interest in Liquor Stores (the “Pro Rata Warrants”, and together with the Subscription Receipts and the Sunshine Warrants, the “Additional Investment”). The exercise of each of the Sunshine Warrants and the Pro Rata Warrants will be conditional upon the approval of Liquor Stores shareholders (other than Aurora and its associates or affiliates) at the next annual general meeting of Liquor Stores.

The Private Placement is subject to customary closing conditions, including the final approval of the TSX and is not subject to any financing or due diligence conditions.  Completion of the Additional Investment will also be subject to the receipt of required approvals under the Competition Act (Canada).

None of the Subscription Receipts, Sunshine Warrants nor the Pro Rata Warrants will be transferable by Aurora and will not be listed for trading on the TSX.  If approved by the Liquor Stores’ shareholders, it is anticipated that the Additional Investment by Aurora would close shortly after the required shareholders’ meeting.

The Shares, Subscription Receipts, Sunshine Warrants and the Pro Rata Warrants will each be subject to a hold period that will expire four months and one day after the closing of the Private Placement.  The parties have agreed that the Shares issued pursuant to the Private Placement as well as any Shares issuable pursuant to the conversion of the Subscription Receipts or the exercise of the Sunshine Warrants or the Pro Rata Warrants will be subject to a contractual escrow of twelve (12) months from the closing date of the Private Placement.  The Shares will not be registered in the United States.

The Corporations have also entered into an Investor Rights Agreement pursuant to which: (i) Aurora shall be entitled to participate in future equity offerings of Liquor Stores in order to maintain its pro rata equity interest in Liquor Stores; (ii) Aurora shall have the right to nominate one (1) director for election to the board of directors of Liquor Stores following the completion of the Initial Investment (and subject to it maintaining an equity ownership of at least 10% in Liquor Stores) and shall have the right to nominate a second director if it increases its equity ownership of Liquor Stores to 33 1/3% or more; (iii) Aurora shall, in certain circumstances, be granted demand and piggy-back registration rights; (iv) Aurora has agreed to a 12 month standstill from the closing date of the Initial Investment and a 12 month restriction on any dispositions of the securities acquired pursuant to the Private Placement; and (v) the Corporations have agreed to take certain actions in furtherance of the development of a retail cannabis business together with limitations on certain transactions that Liquor Stores can undertake until the shareholder meeting.

Aurora also owns Berlin-based Pedanios GmbH, the leading wholesale importer, exporter, and distributor of medical cannabis in the European Union. The Company offers further differentiation through its wholly owned subsidiaries BC Northern Lights Ltd. and Urban Cultivator Inc., industry leaders, respectively, in the production and sale of proprietary systems for the safe, efficient and high-yield indoor cultivation of cannabis, and in state-of-the-art indoor gardening appliances for the cultivation of organic microgreens, vegetables and herbs in home and professional kitchens.

Additional information about Liquor Stores N.A. Ltd. is available at www.sedar.com and its website at www.liquorstoresna.ca.