Aurora Cannabis Announces Key Changes to its Board of Directors

EDMONTON, Feb. 20, 2019 /CNW/ – Aurora Cannabis Inc. (the “Company” or “Aurora”) (NYSE: ACB) (TSX: ACB) (Frankfurt: 21P; WKN: A1C4WM) announced today that Michael Singer, previously Chairman of the Board, has been appointed Executive Chairman of the Board of Directors. The Company also announced that independent director Ronald Funk has been named Lead Independent Director and Margaret (“Shan”) Atkins has been appointed as a new independent director and Chair of the Audit Committee. Diane Jang, who served on the Company’s board since November 2017, has voluntarily resigned her position as Director of Aurora.

As Aurora continues to mature into one of the world’s largest and leading cannabis companies, it is important that our Board continues to examine its composition to ensure that its experience and expertise aligns with the Company’s strategic direction. The changes announced today ensure that our Board is well-equipped to continue to provide that guidance and strong oversight to the Company. 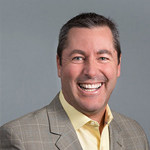 In my new role I will continue to work closely with our CEO, Terry Booth, and the rest of our senior executive team on all matters pertaining to strategic direction, execution and finance. Ron, with his exceptional senior leadership track record and experience, has been a valuable contributor as an independent director and is now positioned to play a more critical role as our Lead Independent Director. He will work closely with Norma Beauchamp, Chair of the Governance Committee, to continue to advance and further enhance our corporate governance practices.

The Company also appointed Shan Atkins as a new independent director and Chair of the Audit Committee. Ms. Atkins brings deep experience in public company governance and leadership in global retail and healthcare companies, such as Shoppers Drug Mart, Tim Hortons and Sears, Roebuck & Company. Her expertise in overseeing public company reporting for both large Canadian and U.S. listed companies will prove an important asset for Aurora, which is dual listed on the TSX and NYSE.

Ronald Funk, Lead Independent Director, added, “Shan’s expertise on the boards of both Canadian and U.S. public companies further strengthens the governance function at Aurora. Additionally, her track record in industry verticals with great relevance to Aurora provides tremendous value as the Company develops, and we look forward to welcoming her on the board as an independent member and head of our Audit Committee.”

Ms. Atkins brings over 20 years of corporate leadership of experience to Aurora. A Certified Public Accountant, she spent fourteen years at Bain & Company, where she became a partner and leader in the firm’s global consumer and retail practice. She also maintained a secondary practice in healthcare, working in Rx and OTC pharmaceuticals and in the hospital industry. Ms. Atkins also served as Executive VP of Sears, Roebuck & Company (USA) and since 1999, she has served as an independent director on ten public and private corporate boards in the U.S. and Canada. She is currently on the boards of Darden (NYSE: DRI), SpartanNash (NASD: SPTN), SunOpta (NASD: STKL; TSX: SOY) and LSC Communications (NYSE: LKSD). Previously, Ms. Atkins served on the boards of Shoppers Drug Mart, Tim Hortons and The Pep Boys. She is a graduate of Queen’s University and the Harvard Business School.

Diane Jang, CEO of Hempco Food and Fiber (“Hempco”) has voluntarily resigned from her position on Aurora’s board of directors. Ms. Jang was appointed to the Company’s board in November 2017, and made important contributions in the development of the Company’s hemp strategy.

Mr. Singer added, “We wish to thank Diane for her important contributions towards establishing Aurora’s strong position in the domestic and international hemp business, which will remain her focus going forward as CEO of Hempco, in which we have a controlling ownership interest.”

The Company has awarded a Director of the Company 28,000 options, pursuant to the Company’s Stock Option Plan, exercisable at a price of $9.43 per common share. The options shall vest over a period of three years in equal annual installments. Additionally, the Company has granted 5,000 Deferred Share Units, vesting over 12 months in equal quarterly installments.

Headquartered in Edmonton, Alberta, Canada with funded capacity in excess of 500,000 kg per annum and sales and operations in 23 countries across five continents, Aurora is one of the world’s largest and leading cannabis companies. Aurora is vertically integrated and horizontally diversified across every key segment of the value chain, from facility engineering and design to cannabis breeding and genetics research, cannabis and hemp production, derivatives, high value-add product development, home cultivation, wholesale and retail distribution.

Highly differentiated from its peers, Aurora has established a uniquely advanced, consistent and efficient production strategy, based on purpose-built facilities that integrate leading-edge technologies across all processes, defined by extensive automation and customization, resulting in the massive scale production of high quality product at low cost. Intended to be replicable and scalable globally, our production facilities are designed to produce cannabis of significant scale, with high quality, industry-leading yields, and low per gram production costs. Each of Aurora’s facilities is built to meet EU GMP standards, and its first production facility, the recently acquired MedReleaf Markham facility, and its wholly owned European medical cannabis distributor Aurora Deutschland have achieved this level of certification.

For more information about Aurora, please visit our investor website, investor.auroramj.com
Neither the TSX, NYSE nor their Regulation Services Provider (as that term is defined in the policies of the TSX and NYSE) accepts responsibility for the adequacy or accuracy of this release.

Diving Deep Into the Third Wave of Cannabis Investing