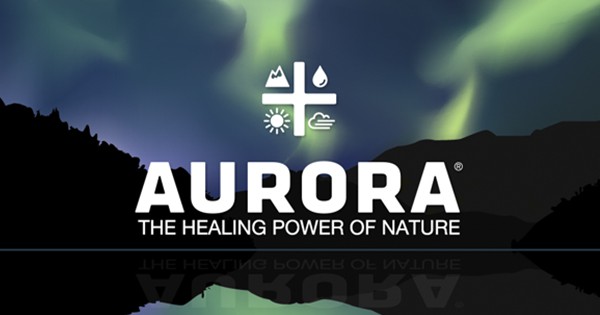 “Aurora has firmly established itself as a leader and innovator in the cannabis industry,” said Terry Booth, CEO of Aurora. “Since beginning commercial operations in January 2016, we have experienced rapid revenue growth, achieved a remarkable patient registration rate, raised substantial capital towards the execution of our operational and strategic initiatives, and significantly enhanced our balance sheet, with one of the strongest cash positions in the sector.”

“We have also expanded and enhanced our management team and board with highly accomplished professionals, providing more depth and breadth, as well as further strengthening our corporate governance,” added Mr. Booth. “In preparation for the tremendous growth we anticipate in this market and for our Company, we announced our plans to increase production capacity to approximately 70,000 kilograms per year via the construction of an advanced, automated greenhouse facility that represents the cutting edge in agricultural technology. Innovation remains a key aspect of our strategy to strengthen the brand associated with the Aurora Standard of excellence in production, operations and customer service. We believe our results to date validate our ambitious growth strategy, and we are extremely well positioned to capitalize on the significant growth opportunities in the cannabis sector.”

For the three and twelve month periods ending June 30, 2016, the Company recorded revenues of $1.2 million and $1.4 million, respectively, as compared to nil ($0) for the same periods in the previous year. Aurora obtained its production and sales licenses during the year and commenced selling medical cannabis products on January 5, 2016. Revenues generated to date reflect what management believes is the fastest growth rate of active registered patients in the industry as the company scales up to full production capacity.

Gross margin for the year ended June 30, 2016 was $2.2 million. The gross margin in excess of revenues for the period was primarily due to the unrealized gain on changes in the fair value of biological assets. This resulted from the initial build-up of plants in production as the Company focuses its efforts on increasing product inventories and strains available for its growing number of registered patients.

General and administration costs increased by $0.1 million to $1.1 million, and by $1.3 million to $3.0 million, respectively, for the three and twelve months ended June 30, 2016. The increase was primarily attributable to the increase in corporate and general administrative activities of the Company related to the scaling up of operations, its successful public listing and the maintenance thereof, and transition to being a fully licensed producer.

Sales and marketing increased by $0.4 million to $0.9 million, and by $0.7 million to $1.7 million during the three and twelve months ended June 30, 2016, respectively. The overall increase was primarily due to the Company commencing its commercial operations and sales of medical cannabis in the third quarter of fiscal 2016.

The Company recorded a net loss of $7.5 million for the quarter, attributable to a decrease in unrealized gain on changes in fair value of biological assets and increased expenditures due to increased corporate activities related to the acquisition of CanvasRx and various financings. For the full fiscal year, a net loss of $5.7 million was recorded, a decrease of $3.8 million.

As at June 30, 2016, net cash and cash equivalents on hand had decreased by $0.1 million compared to the same date in the prior year, to $0.3 million. The decrease in cash was mainly attributable to cash used for operating activities of $6.8 million and investing activities of $1.9 million, offset partially by cash inflows from financing.

Subsequent to year-end, the company significantly strengthened its balance sheet with up to approximately $68 million in new financings as follows:

Aurora’s business strategy is to continue and accelerate its penetration of the Canadian cannabis market, achieve its Health Canada sales license for derivative products (cannabis oils) and launch derivatives sales, transition to profitability in the short-term, and begin a major expansion of production capacity. When the federal government passes legislation legalizing the consumer use of cannabis, the Company anticipates participating in the non-medical consumer market, and will envision further production capacity expansion to meet future market demand for cannabis products.